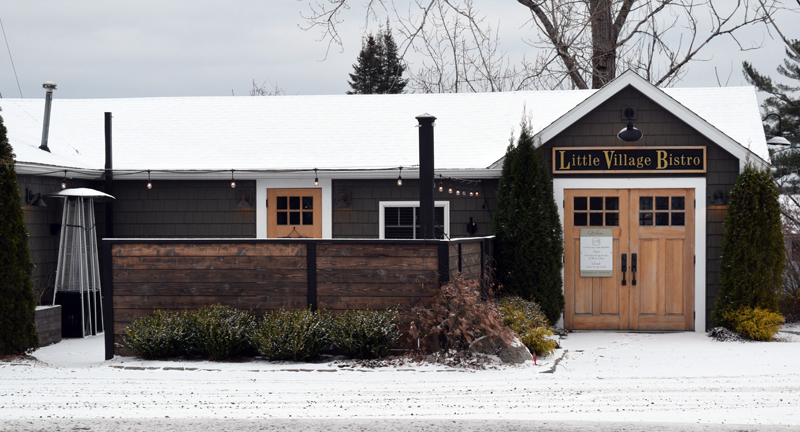 Tony Bickford’s new business at 65 Gardiner Road will offer many familiar favorites from the Little Village Bistro’s menu, but with a new pre-order and take-out market model. (Nate Poole photo)

As Semisonic’s lead singer famously belts in “Closing Time,” the band’s late ‘90s hit: “Every new beginning comes from some other beginning’s end.”

Such is the case with Wiscasset’s Little Village Bistro, which closed on Dec. 18 after operating at 65 Gardiner Road since 2015.

The Bistro’s fine Italian-influenced American cuisine, made and served by Chef Tony Bickford and his wife Chelsea Bickford, has been a treasured resource in Wiscasset since it hit the scene, but the Bickfords were inspired by the pandemic to offer a new kind of food service.

The establishment was limited by the size of the building and its ability to recruit and retain staff, and the pandemic exacerbated those struggles and more. Ultimately, Tony Bickford decided that he did not want his business to be “little” forever.

“In order to do any more, to make any progress, I decided just to change directions all together,” Bickford said.

In April, the Bickfords will open Midcoast Provisions, a market-style service offering meals, dinner kits, and locally curated items for pick-up and delivery as an alternative to dining out. The operation will retain most of the bistro’s staff and favorites from its menu, while focusing more on sourcing ingredients locally.

Before March 2020, Bickford was still determined to one day assemble a reliable group of experienced cooks and open another location, but the global onset of COVID-19 forced him to think of ways that he could adapt his business model to the new environment.

Struggling to find someone to fill the position, Bickford served as the bistro’s dishwasher three to four days a week for the last two months of its operation, and in that time, he decided that he did not want to ask any of his staff to perform the arduous, grimy job.

“I’ve got this position on dish that I don’t really even want to offer to people because it’s miserable,” he said. “I want to be able to offer only jobs that I would also want to do myself. I want to offer a work environment that is less stressful and (more) family friendly with the potential to become more of a career, not just a job.”

Additionally, the bistro’s cooking staff, trained to adjust ingredients in each dish for taste, suddenly had to wear masks. To adapt, Bickford switched to consistent recipes and pre-made sauces that would be consistent without adjusting for taste. 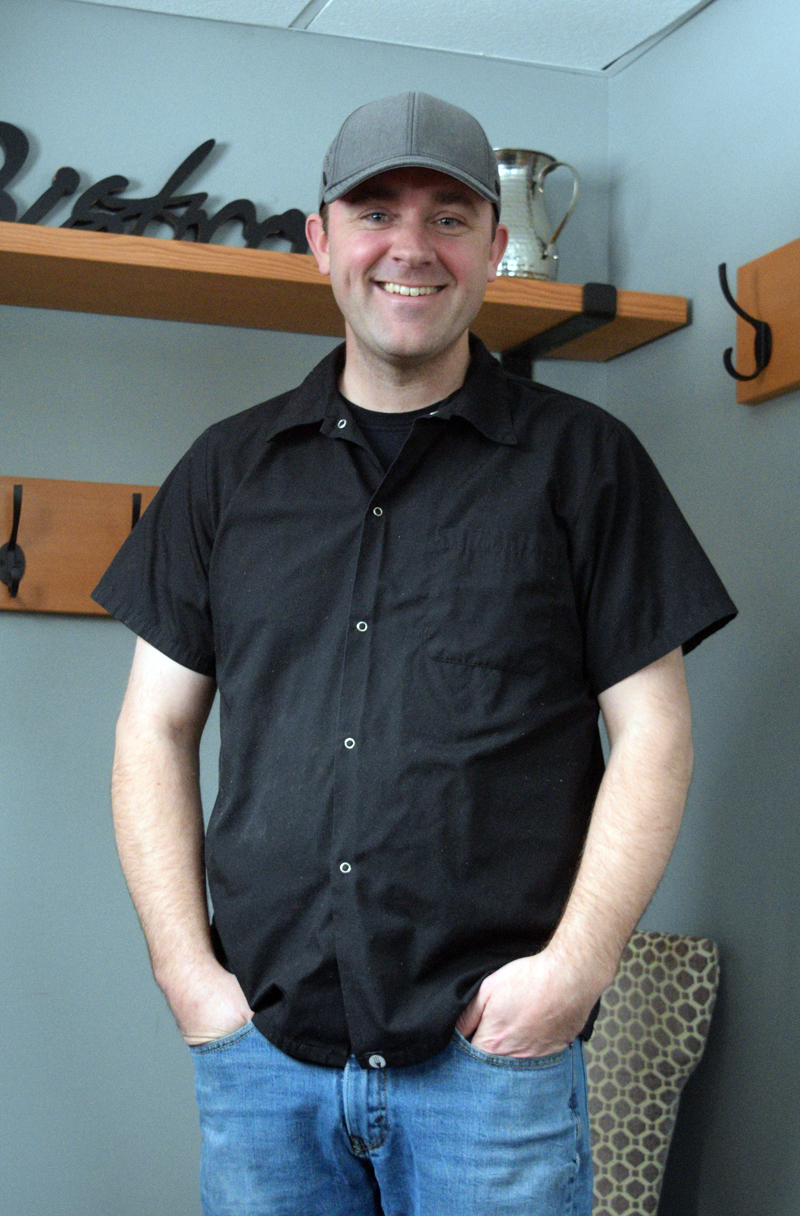 Bickford realized that transitioning to a preorder market format with consistent recipes would eliminate a lot of stress for him and his staff and potentially enable the chef to take a step back from the kitchen more frequently.

Running a restaurant is time consuming and demands late hours. There were plenty of nights when Bickford would get out of work at 10:30 p.m. and eat dinner at midnight. With a 12-year-old, a 10-year-old, and a one-year-old, he hopes that his new business model will allow him to maintain a lifestyle where he can regularly attend all their school functions, plays, and soccer games.

COVID-19 also forced Bickford to do takeout in 2020, and he was surprised to find that customers loved the ability to get the same high-quality cuisine that the bistro typically offered in a to-go box. Before they knew it, the Bickfords were using online ordering.

He hopes that this pivot will enable him to increase his overall revenue and offer benefits to employees, something that was not in the budget at the bistro.

Another new offering from Midcoast Provisions will be meal kits, an idea that came to Bickford while vacationing in Airbnbs with his family. He found that it was always a challenge to gather all the ingredients to cook a good meal while away from home, oftentimes purchasing more ingredients than necessary for the weekend.

The kits won’t be like Blue Apron, where customers are asked to cut and measure their ingredients. Midcoast Provisions’ kits won’t require the use of knives, all of the ingredients will be pre-measured, and customers will only have to follow five or six steps.

“They’re coming to Maine, maybe they’ve never seen a live lobster or cooked live mussels… this is something that they can enjoy while they’re eating it but also remember the process,” Bickford said.

While the menu will include favorites from the bistro, like stuffed haddock and braised beef, it will also feature a lot more local ingredients. Part of the difficulty with using local ingredients in Maine is that many of those ingredients are seasonal, demanding that a menu be subject to change depending on the time of year.

“When people come in they want to be able to get the same thing that they had last time, what they remember. This is what they came in for,” he said.

For this reason, Bickford said the business could very well only open seasonally and on holidays.

Bickford said that while most people are happy to see him and his staff bringing something new to Wiscasset, there are some who are sad to see the bistro go.

He said that one gentleman came into the bistro with his wife not long before it closed and was distraught at the idea of losing a restaurant that he and his wife loved to frequent. Bickford said that Midcoast Provisions might offer the couple a whole new way to spend time together.

“Maybe he never cooks for his wife, now he has a chance to do a nice meal from a place they used to love going to, and even if he messes it up it’ll still be a great and memorable experience,” Bickford said.

For more information about Midcoast Provisions, go to midcoastmeprovisions.com.

(Correction: an earlier version of this article online and on Page 3 of the Dec. 30 print edition incorrectly reported that Tony Bickford’s current wife’s name is Cassandra Bickford. Her name is Chelsea Bickford. The Lincoln County News regrets this error.)