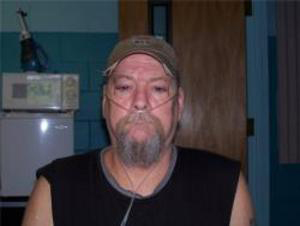 An Alna man has pleaded guilty to trafficking heroin, the third conviction to result from the investigation of a fatal overdose in Wiscasset last summer.

D.L. Allen III, 55, pleaded guilty July 10 to class B unlawful trafficking in schedule W drugs (heroin), according to court documents. He was sentenced to five years in custody with all but 30 days suspended, plus three years of probation and a $400 fine.

The state dismissed a single count each of class B conspiracy to commit aggravated trafficking in schedule W drugs (heroin) and class B illegal importation of scheduled drugs.

Allen’s probation conditions prohibit the possession or use of alcohol or illegal drugs and require him to submit to random searches and tests to ensure compliance. He must also complete treatment for substance abuse at the direction of his probation officer.

His probation will end early, after two years, if he complies with the conditions.

After the fatal overdose of a Wiscasset man Aug. 12, 2016, the Lincoln County Sheriff’s Office and the Maine Drug Enforcement Agency opened an investigation that led to three arrests.

Dowdy and Allen were distributing heroin to users in the Wiscasset area, including, in Dowdy’s case, the man who died. Andretta was their connection to a supplier in Massachusetts, according to an affidavit by a Maine Drug Enforcement Agency investigator.

On Sept. 9, Dowdy, with Andretta and Allen, was returning from a trip to Massachusetts when Maine Drug Enforcement Agency and Maine State Police personnel attempted to stop her on Interstate 95 just north of the York County tolls.

Dowdy did not stop, and during a chase lasting a few miles, she and her passengers emptied plastic bags out of the vehicle’s windows, then disposed of the bags out the windows, according to the affidavit. The incident was recorded on video.

Law enforcement found three plastic bags in the area that had been ripped open. An MDEA investigator conducted a field test on one of the bags, which tested positive for heroin, according to the affidavit. Further testing at the Maine State Police Crime Laboratory revealed the presence of cocaine and fentanyl too.

The Maine Attorney General’s Office and the Maine State Police assisted in the investigation.