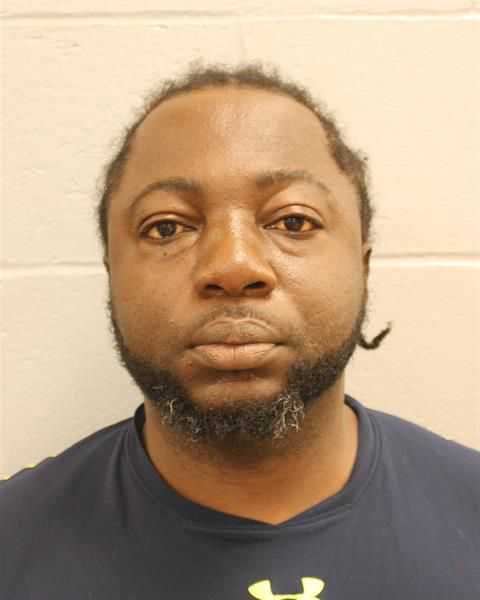 Authorities are investigating new information about a U.S. Immigration and Customs Enforcement detainee under indictment on charges of kidnapping and sexual assault in Lincoln County.

Since the publication of an article in The Lincoln County News last week and the dissemination of the article on social media, “more people have come forward with information” about Adekunle O. “Ken” Adeyanju, District Attorney Natasha Irving said.

“We’re investigating to see if there’s a pattern of behavior here,” Irving said in a phone interview Tuesday, Jan. 21.

She did not yet know if she would file more charges, but said her office prosecutes every credible report of sexual assault if the conduct falls within the statute of limitations and the victim is willing to testify.

Detective Sgt. Ronald Rollins, of the Lincoln County Sheriff’s Office, is investigating the new information, according to Irving.

Adeyanju, 38, remains in ICE custody at a facility in New Hampshire, but Irving wants him back in a local jail to ensure he stands trial.

A regional spokesperson for ICE confirmed that Adeyanju will likely return to local custody.

“As per standard procedure, we anticipate the transfer of Mr. Adeyanju into local custody at some future point as he faces the local charges,” John Mohan said in an email.

Adeyanju is a citizen of Nigeria, according to Mohan. He entered the U.S. on a visitor visa on March 7, 2013.

U.S. Citizenship and Immigration Services issued him a notice to appear May 18, 2018 “pursuant to his failure to comply with the terms of his visa,” Mohan said in an email.

The Topsham Police Department arrested Adeyanju on the Wiscasset matter on Aug. 16, 2019. He was released from Two Bridges Regional Jail on unsecured bail.

ICE officers arrested Adeyanju without incident at the Lincoln County Courthouse in Wiscasset on Oct. 31, 2019, according to Mohan.

Adeyanju was due at the courthouse that day for his initial appearance on the local charges, according to court documents.

Mohan said he could not discuss details of Adeyanju’s immigration case, which falls under the Executive Office for Immigration Review. However, he said ICE only detains a person if the person is subject to a final order of removal.

When Adeyanju returns to Lincoln County, the district attorney’s office will seek an arrangement to ensure he either stays at Two Bridges or returns to ICE custody if he makes bail again.

Irving does not want to see Adeyanju deported before trial.

“We want to make sure we get justice,” she said, and if Adeyanju was to return to Nigeria before trial, he could go on to victimize people in that country.

According to an affidavit by Rollins, Adeyanju offered a woman a ride home from a Bath bar in March 2019. On the way to her home, he stopped in Wiscasset and allegedly sexually assaulted her.

Rollins worked with the Bath Police Department to identify Adeyanju. “They had past similar complaints with this man,” Rollins said in the affidavit.

Adeyanju had lived in Bath or Topsham, according to different addresses in court documents.

The Lincoln County News published an article about the case, with Adeyanju’s mugshot, on its website Jan. 14.

On Thursday, Jan. 16, the article was posted on the “Natasha C. Irving District Attorney” Facebook page with a message urging anyone who had experienced an “unwanted interaction” with Adeyanju to contact local law enforcement.

A later update from the page said more charges would be filed, as Adeyanju had “been identified by several women as their attacker.”

Irving declined to confirm those statements or others about the case on her Facebook page. She said “more than two” people have come forward with new information, but declined to say if the women accused Adeyanju of sexual assault.

Local agencies are sharing information about the case, Irving said.

Adeyanju’s arraignment will take place at the Wiscasset courthouse at 8:30 a.m., Monday, Feb. 10.

Lewiston-based defense attorney Leonard Sharon is representing Adeyanju. Sharon has not responded to requests for comment.