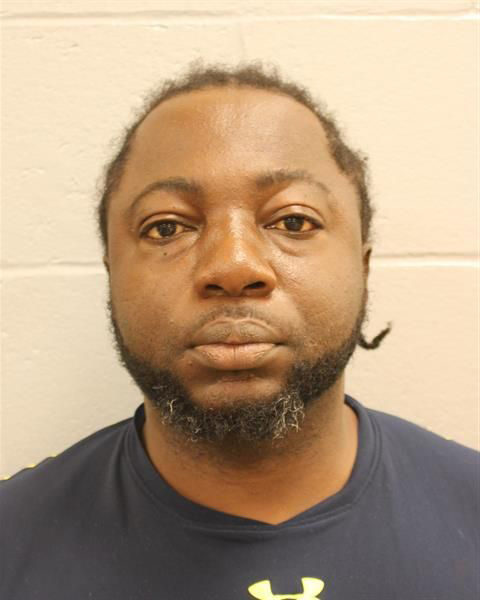 A 38-year-old man currently in the custody of U.S. Immigration and Customs Enforcement faces charges of gross sexual assault and kidnapping in connection with an incident in Wiscasset last March.

A Lincoln County grand jury indicted him on the charges Tuesday, Jan. 7. Class A crimes carry a maximum penalty of 30 years in prison, class C crimes a maximum of five years. Both are felonies.

The indictment alleges that Adeyanju committed the crimes March 1, 2019.

Adeyanju and the female victim were both at a bar in Bath, according to an affidavit by Lincoln County Sheriff’s Office Detective Sgt. Ronald Rollins. They did not know each other.

When the woman was ready to go, she realized she was drunk and should not drive, according to the report. She was sitting in her vehicle when Adeyanju pulled his vehicle alongside hers and offered her a ride home.

On the way to the woman’s home, Adeyanju stopped the vehicle in Wiscasset and “told her to have sex with him,” Rollins said in the affidavit. The woman told Rollins she “did not respond” and “felt so intoxicated she could hardly move.” Adeyanju then allegedly sexually assaulted her.

The woman reported the assault immediately upon arriving home and went to a hospital, according to the affidavit.

The woman had called her home from Adeyanju’s phone. Rollins, with help from the Bath Police Department, connected the phone number to Adeyanju.

In an interview, Adeyanju denied any sexual contact with the woman and told Rollins she “was too intoxicated for that.”

Rollins then obtained a warrant for Adeyanju’s DNA. The DNA sample matched DNA from the woman’s body, according to the affidavit.

Rollins obtained a warrant for Adeyanju’s arrest Aug. 15. The Topsham Police Department arrested him on a warrant early the next morning, according to a police log in The Forecaster’s Coastal Journal Edition.

Adeyanju’s indictment on the kidnapping charge states that he “did knowingly restrain” the woman “with the intent to subject her to conduct defined as criminal in Chapter 11.” Chapter 11 is the portion of the Maine Criminal Code that pertains to sexual assaults.

Court documents list addresses for Adeyanju in Bath and Topsham, but he is now in ICE custody at the Strafford County Department of Corrections in New Hampshire. The circumstances of the ICE case are not clear.

Adeyanju was born in Nigeria, according to ICE’s online detainee locator system. The system does not provide any information about his citizenship or immigration status, or explain why he is in custody.

A regional spokesperson for ICE did not respond to a request for comment.

Lt. Michael Murphy, of the Lincoln County Sheriff’s Office, said Adeyanju is in deportation proceedings and ICE arrested him sometime after his release from Two Bridges Regional Jail on bail. Murphy did not have further information on the ICE case.

Adeyanju’s bail on the local case was set at $1,000 unsecured. Unsecured means he did not have to post any cash, but would owe $1,000 if he fails to appear.

Adeyanju’s arraignment will take place at the Lincoln County Courthouse in Wiscasset at 8:30 a.m. Feb. 10.

Deputy District Attorney Andrei Maciag is prosecuting the case. Maciag declined to answer questions about either the Lincoln County case or the ICE matter.

Leonard Sharon, a well-known criminal defense attorney from the Lewiston law firm Andrucki & King, is representing Adeyanju. Sharon did not respond to a request for comment.