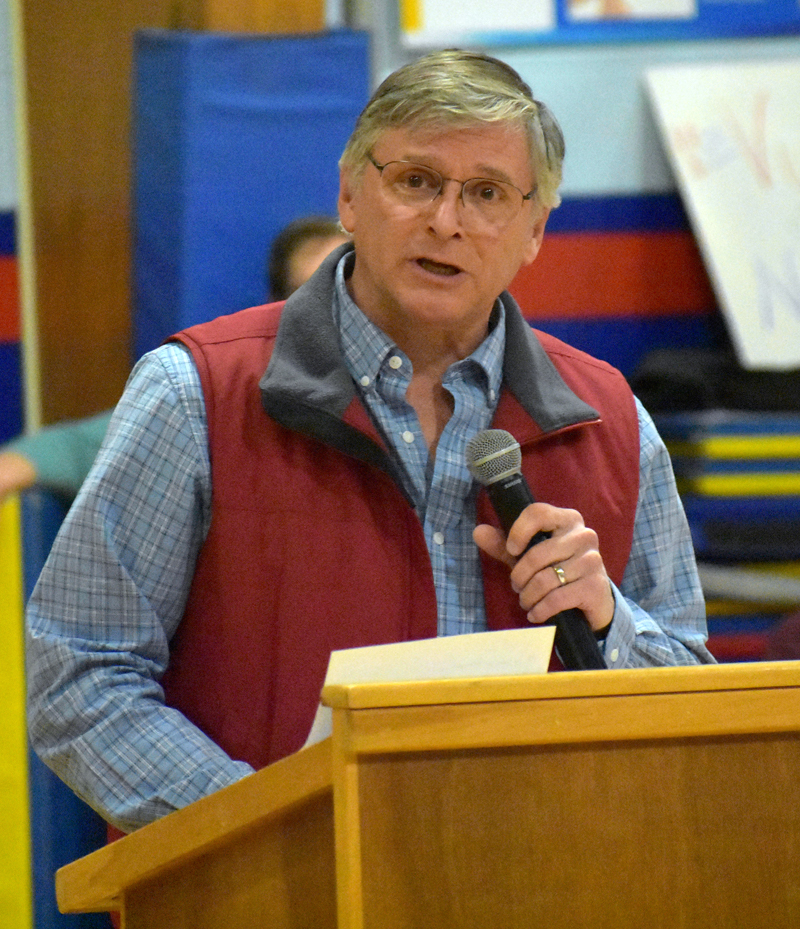 Maine Democrats rallied together and laid the groundwork for the upcoming primary and general election at caucuses across the state Sunday, March 4.

Lincoln County Democratic Committee Chair Chris Johnson, of Somerville, described the caucus as the place where the party’s efforts to take back the Maine Senate and the Blaine House would begin.

“Right here is where the grass-roots work starts,” Johnson said.

Candidates for state and local offices were on hand to speak and meet with voters in the school’s gymnasium, going over campaign goals and introducing themselves to area residents.

After the speeches, each town split off into its own caucus to form municipal party committees and select delegates to the state Democratic convention.

The caucus provided an opportunity for candidates to get signatures on nomination papers and for clean elections candidates to procure $5 contributions.

Lincoln County Commissioner Mary Trescot, who represents Alna, Damariscotta, Dresden, Jefferson, Newcastle, Somerville, Whitefield, and Hibberts Gore, opened the meeting, thanking those in attendance for coming out to support the party and leading the group in the Pledge of Allegiance before turning things over to Johnson.

Johnson kicked off the day’s speeches with opening remarks indicating the importance of the upcoming elections and urging those in attendance to get involved in the process.

“We are a nation defined by immigrants seeking refuge and opportunity. How many of you are embarrassed by how the governor, president, and their GOP enablers have corrupted those ideals and how they have shown a general lack of concern for other humans?” Johnson said.

Johnson said he is optimistic about the upcoming elections. He said movements such as Me Too, Never Again, and the Women’s March are indicative of growing momentum on the progressive side of the aisle.

“I see hope. Hope in a growing progressive wave. We are all part of that wave,” Johnson said.

The first candidate to speak at the caucus was Laura Fortman, of Nobleboro, who is running for Maine Senate District 13, which includes all of Lincoln County except Dresden.

Fortman, a former state labor commissioner, said she has been encouraged by the response to her candidacy.

“This is my third caucus today. I can’t tell you how exciting this is. There is so much energy. We want to make change and we have to make change,” Fortman said. 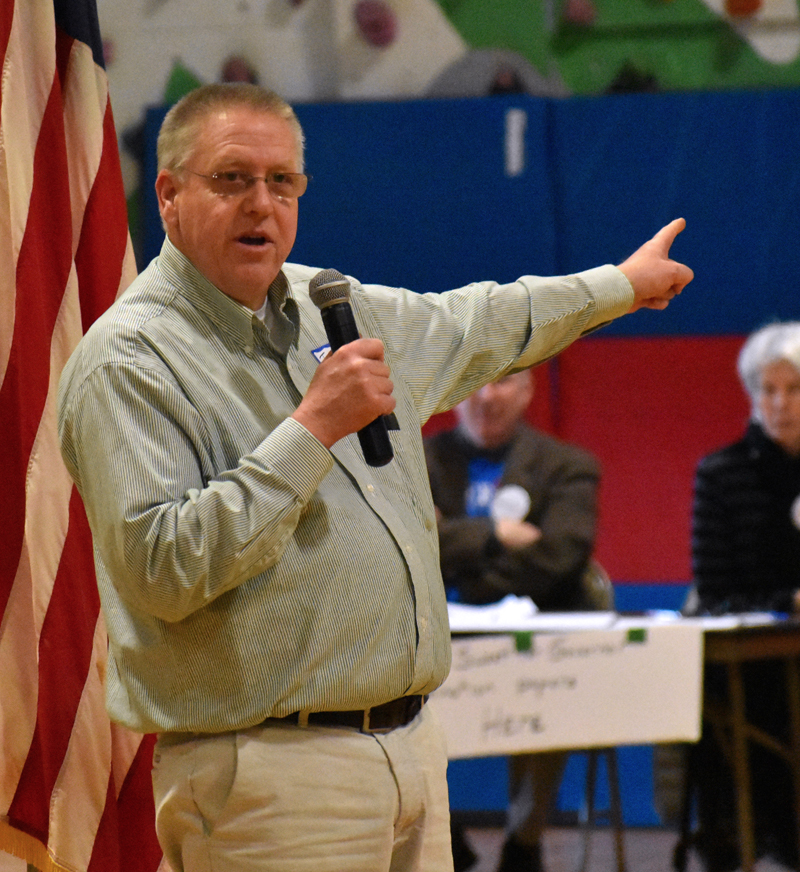 According to Fortman, her professional career started in the 1980s, working with survivors of sexual assault and domestic violence.

“We do have an opportunity here. There is hope. I’m running because I believe I have the experience to work together to find solutions,” Fortman said.

State Rep. Mick Devin, of Newcastle, spoke on the importance of increasing the party’s majority in the Maine House of Representatives and retaking the Senate.

“Our party is energized. State elections are more important than ever,” Devin said.

Devin sits on the Marine Resources Committee and spoke on his work to sponsor a resolution  requesting that Maine be excluded from new offshore drilling.

“President Trump signed an executive order to reinstate drilling around the coast of the U.S. and virtually every governor has said it is not a good idea,” Devin said.

Devin said four GOP governors have requested waivers for their states and only two governors have supported the proposal: Bill Walker, of Alaska, and Paul LePage. 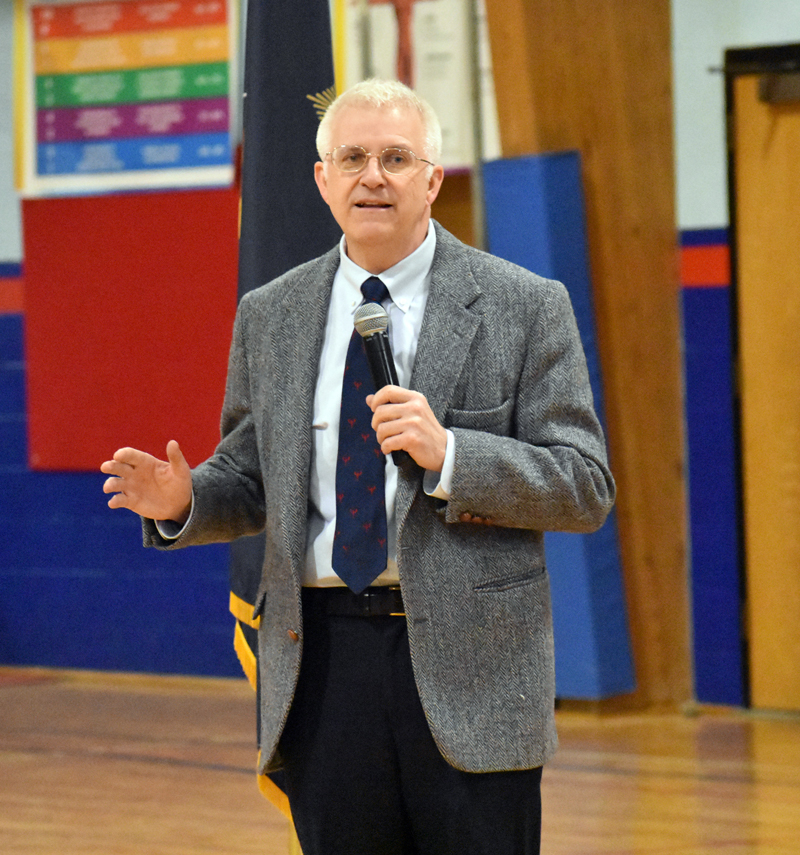 Devin described the measure as the first joint resolution in the country formally requesting an exemption from offshore drilling.

“Programs have been gutted at the federal level and we need to protect them at the state level. I pledge to continue to work for educational, environmental, and economic issues,” Devin said.

Alan Plummer, of Chelsea, is one of two Democratic candidates for House District 88, a district representing Chelsea, Jefferson, part of Nobleboro, and Whitefield.

Plummer, a teacher, said he grew up in Whitefield, where his father started the Sheepscot Valley Health Center, and spent four years in the U.S. Army.

Plummer said he is concerned about environmental issues and believes in universal health care.

“People are having trouble paying for their medication and I get that. I would like to work on those issues in Augusta,” Plummer said.

Plummer said he is interested in creating jobs in the renewable energy field in an effort to move the state away from petroleum-based energy.

Chloe Maxmin, of Nobleboro, the second Democratic candidate for House District 88, emphasized the importance of community to her campaign.

“I love this place, love our home, love this community,” Maxmin said.

Maxmin said she has worked as a community organizer for the past 15 years to unite people, build power, and direct it at politicians.

Maxmin said young adults in the area are working multiple jobs and struggling to get access to health care.

“We don’t only want to survive but to thrive. It’s time to elect politicians who care about the community,” Maxmin said. 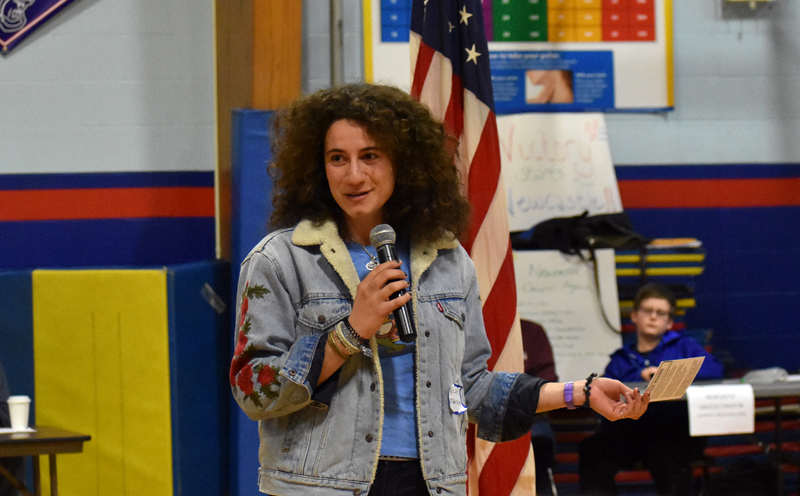 Lincoln County Sheriff Todd Brackett, a four-term incumbent, told the caucus he is honored to be sheriff and urged voters to send politicians to Augusta to help out the sheriff’s office.

“I need you to help me send some great people to Augusta. I need some people in Augusta who understand the importance of education. Education keeps people out of jail,” Brackett said.

The final speaker of the caucus was Natasha Irving, a Waldoboro attorney running for district attorney in Maine Prosecutorial District 6, which encompasses Knox, Lincoln, Sagadahoc, and Waldo counties.

Irving said she wants to implement a policy of community-based restorative justice in the Midcoast. 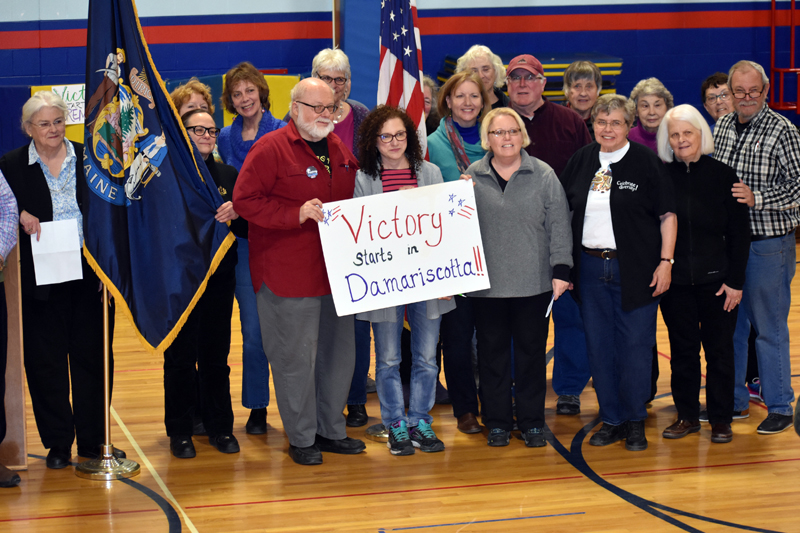 Damariscotta Democrats pose for a photo at the start of the town caucus at Great Salt Bay Community School on Sunday, March 4. (Alexander Violo photo)

“We’ve been tough but not smart on crime. We need to make sure people are getting the help they need to stay out of jail,” Irving said.

Irving said it is important to get inmates with addiction into treatment and inmates with mental illness the help they need.

Irving said the state prison in Warren has a recidivism rate of 53 percent and it costs $160 per day to house an inmate at Two Bridges Regional Jail in Wiscasset.

Irving said she is looking to become the first woman and the first Democrat elected district attorney in District 6.

Volunteers for the gubernatorial campaigns of Janet Mills and Betsy Sweet were in attendance collecting signatures and answering questions.