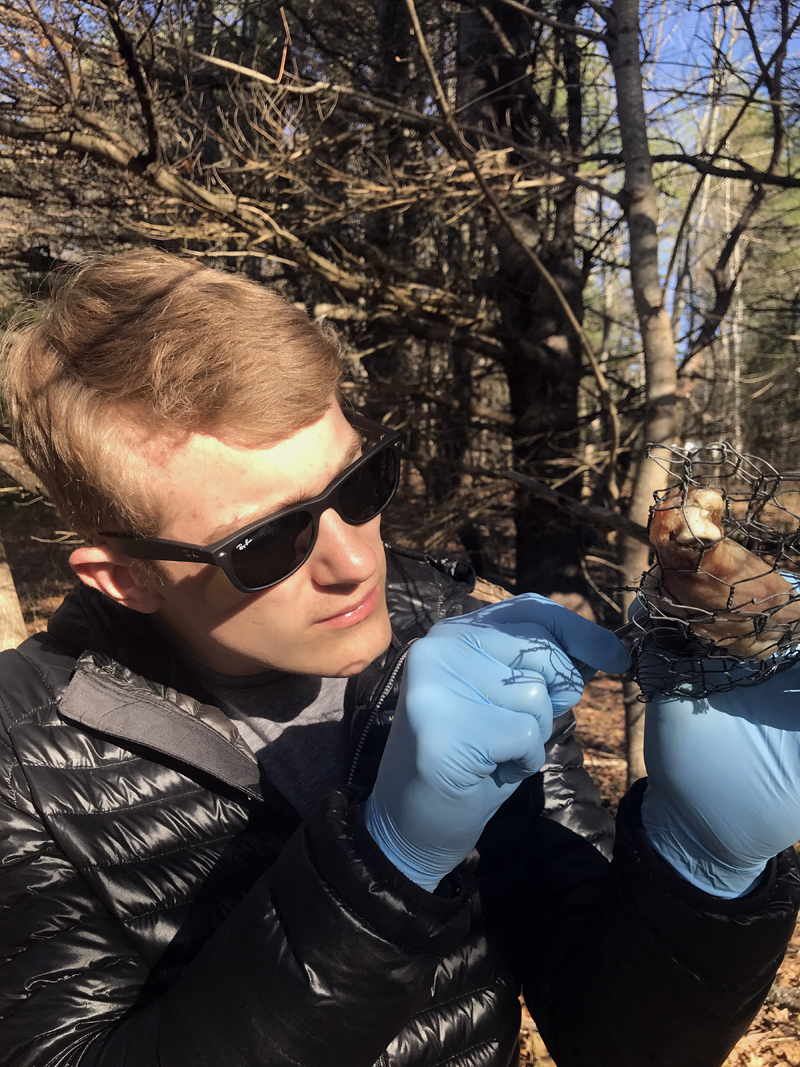 The class, forensic science, became an elective for high schoolers about 10 years ago, said Prema Long, who teaches various science courses at WMHS.

Long said she began teaching the class five years ago. She was the second person to teach it after a former science teacher created the class.

The elective is a semester long, about 18 weeks. The most recent class ended about two weeks ago.

Forensic science is the application of sciences such as physics, chemistry, biology, computer science, and engineering to matters of law, according to the National Institute of Justice. It can help investigators understand how blood-spatter patterns occur (physics), learn the composition and source of evidence such as drugs and trace materials (chemistry), or determine the identity of an unknown suspect (biology).

WMHS students learn everything from how to analyze handwriting to how to determine if a crime was premeditated from clues at a crime scene.

“Kids are already interested in these things – people are. We love learning about that gritty, dark, death, crime, and those types of things,” Long said. “There is this innate fascination.”

Though the class “capitalizes on this interest,” it integrates several fields of study, including biology, chemistry, mathematics, and physics.

Senior Sydnie Thayer, one of 13 students in the class during the fall semester, said she enjoys watching television shows like “Bones,” “Dexter” – a series about a blood-spatter expert who doubles as a vigilante serial killer – and “Forensic Files.”

Long said it is common for students to think of forensics and “immediately think ‘CSI.’”

However, she said these shows spread misconceptions about forensic science. In hour-long episodes, characters make the job look easier than it is in real life. Long said she wants her students to understand the difference. 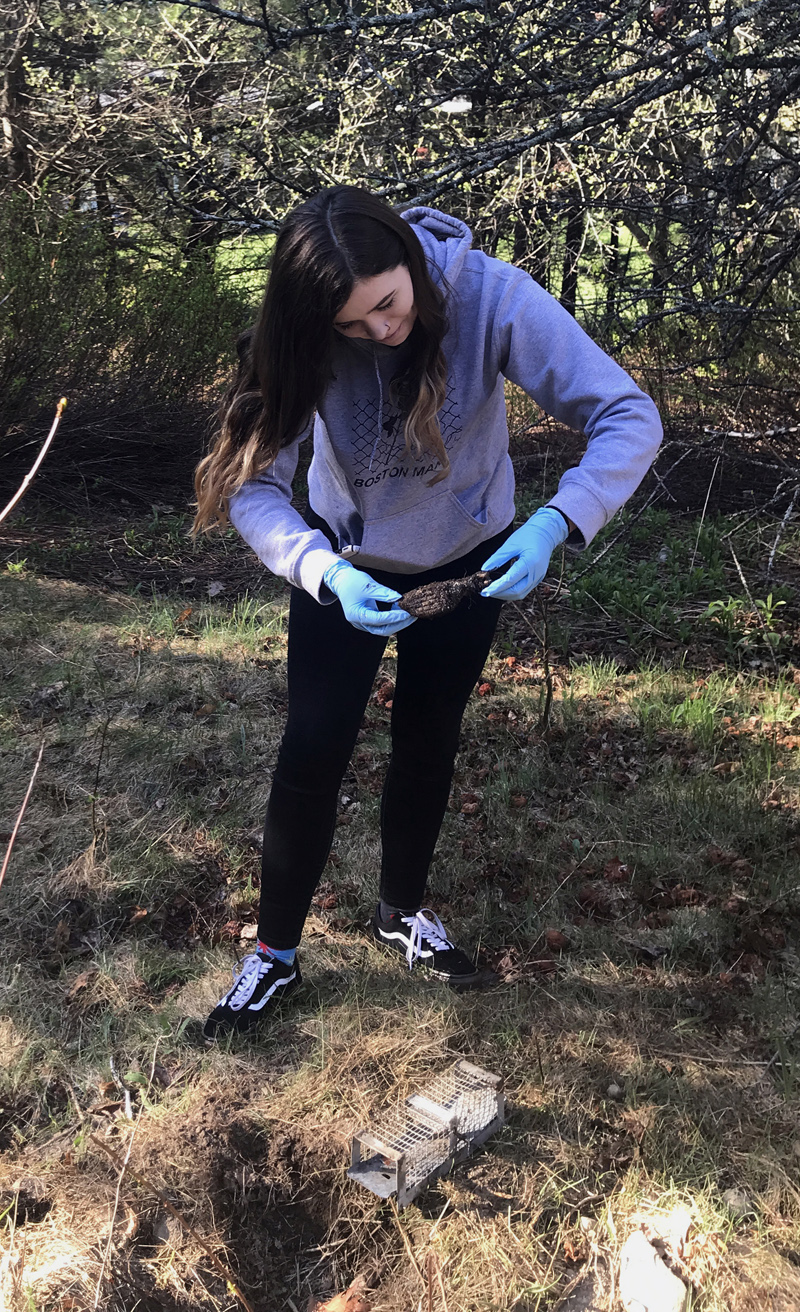 Wiscasset Middle High School student Madeline McLean inspects a rotting chicken leg as part of a forensic science class in spring 2018. Students use entomological clues, such as the presence and size of insects on the meat, to learn about how investigators determine time of death. (Photo courtesy Prema Long)

“It’s called the ‘CSI’ effect,” Long said. “It’s the idea that we expect certain things with science that the science can’t deliver on.”

For example, she said, matching fingerprints is harder than lifting a print and entering it into a database as seen on television. Unlike what this might lead viewers to believe, a small population has their fingerprints on file.

“It’s cool to see the differences of how it actually works versus how the television is perceiving it,” Thayer said.

Matthew Chapman, a senior who took the class in spring 2018, said, “We even watched some ‘Forensic Files’ in the class to apply it to what we were learning.”

Mostly sophomores, juniors, and seniors take forensic science because upperclassmen have first choice in classes. Long has had anywhere from 10-17 students in the class.

WMHS offers forensic science in the spring or fall. The types of projects depend on the semester, students’ interests, and sometimes their level of math skills.

The class is more project-heavy than test-heavy. Long gives out quizzes, but does not require much homework.

One of the most popular projects is using entomology, the study of insects, to examine a chicken carcass and determine its time of death.

Long buys chicken legs and thighs and lets students decide where and how they will place the chicken in the woods behind the school. Some students bury the chicken, hang it in a tree, or throw it on the ground, she said.

Every time the class meets, the students go outside to check the chicken because different insects appear at different times when meat decays.

Students collect maggots on the rotting meat, measure the size of the maggots, and account for variables, such as weather.

“Kids don’t say they want to do it because it is kind of gross – you are touching maggots and there is rotting meat,” Long said. “But they always like it.”

Another project includes dropping fake blood to understand its trajectory through physics. Students determine factors that contribute to the appearance of blood stains, such as the height it dropped from.

Chapman said the class learned about anatomy to identify the age, race, and sex of a person at the time of death.

Long also has her students complete what she refers to as a “high-interest research project,” in which they study a serial killer of their choice.

Students create a timeline of events and build a psychological profile of the serial killer by, among other things, identifying the evidence used to catch him or her.

Wiscasset Police Chief Larry Hesseltine called the class a way to “help spark some interest in kids that think they may want a career in law enforcement as an investigator or forensic scientist.”

Many students who enroll in the class are interested in forensic science as a career, or in related fields like law enforcement or medicine. 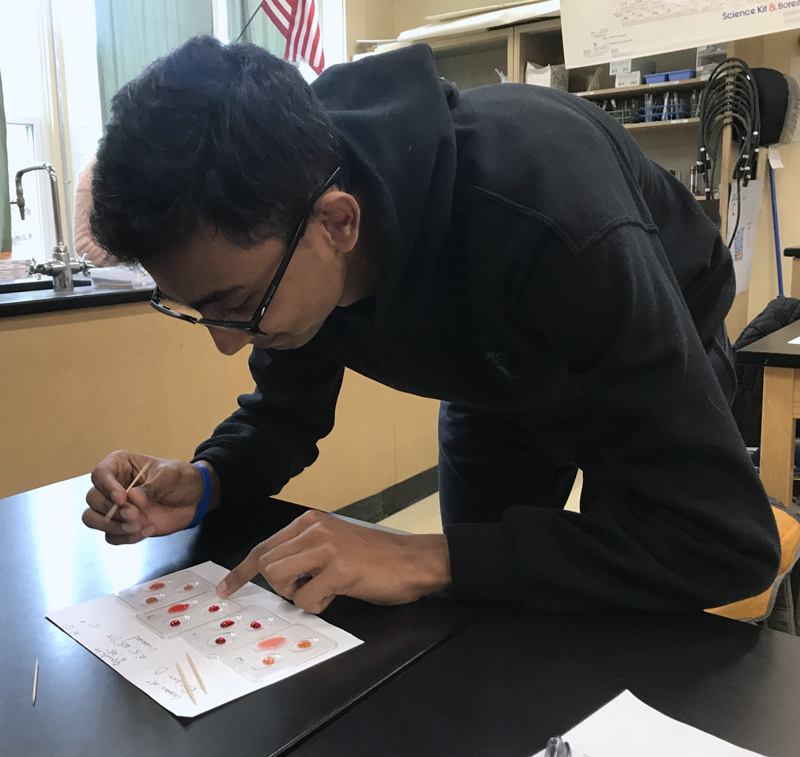 Madeline McLean, a junior who took the class in spring 2018, said she has always wanted to work in forensics.

“That class was a really interesting introduction to what I want to do,” McLean said. “It made me love it even more.”

While Long does not yet know if any of her students have started careers in forensics or related fields, one, 2016 graduate Erika Auger, was majoring in forensics at Syracuse University as of a year ago.

Other students who may not see forensic science as a potential career still view the class as a great opportunity.

“I think this class is really unique compared to all the other electives that Wiscasset Middle High School offers,” Chapman said. “I think kids really take advantage of taking this class.”