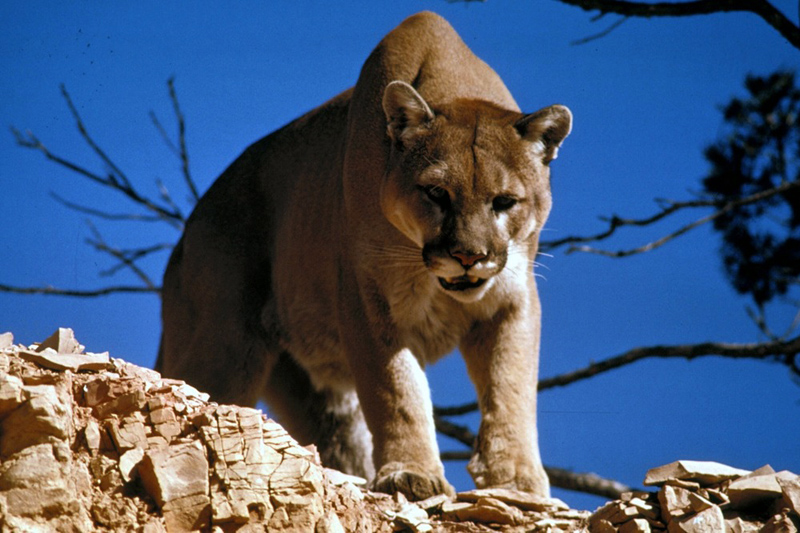 Do mountain lions roam the woods and back roads of Lincoln County? Officially, the answer is no. Eastern cougars, Puma concolor cougar, as mountain lions are formally known, were declared extinct by the U.S. Fish and Wildlife Service in 2018. In Maine, mountain lions supposedly disappeared by the late 1930s. Across the Northeast in general, mountain lions were trapped and hunted into oblivion by the dawn of the 20th century. Deforestation and rapid land use changes also eliminated suitable habitat and further reduced their population.

Despite their official demise, sightings of mountain lions persist to the present day in Maine and elsewhere. Locally, publicized reported sightings have come from Bristol, Jefferson, and Waldoboro. In 2006, this paper published an article about a mountain lion seen in Waldoboro with offspring. Recently, a suspected mountain lion was spotted in the Knox County town of Washington by a local woman walking her dog. Various news outlets, including the Bangor Daily News, picked up the story. Coincidentally, I heard rumors of mountain lions in the Washington area back in 2008. Over the years, I have met several people who claimed to have seen or known about mountain lions in and around Lincoln County.

According to state biologists, any credible mountain lion or cougar sighting is likely an escaped captive pet or a wandering cat from outside of Maine. Furthermore, many sightings are dismissed by officials as cases of simple misidentification. However, many people disagree with the notion that mountain lions are either not here or are mere transients. The persistent, almost unshakable belief in local cougars stems from sightings, trail cam photos, and secondhand retellings.

If the eastern cougar is indeed gone, its natural history is well known. Historically, eastern mountain lions preferred white-tailed deer as prey. Deer were taken every seven to 10 days.

Mountain lions would stalk and ambush an unsuspecting animal and kill it with as little as a single bite. They would also eat porcupines and smaller mammals. Weighing up to 150 pounds, mountain lions ranged from 5 to 6.5 feet long and had long, distinctive rope-like tails. Sporting massive legs, mountain lions had reddish to gray-brown fur.

Lords of the forest, these impressive cats had no natural enemies outside of hostile and ignorant humans.

Sixteen states support extant mountain lion populations. Scientists agree that some of these mountain lions are moving eastward and reclaiming parts of their former range. However, none of these states are anywhere near Maine or northern New England. If mountain lions are living here or passing through, where are they coming from? Have western colonists come further than first thought?

On the subject of mountain lions in Lincoln County, I believe it is worth keeping an open mind. I have spoken with credible, thoughtful people who have told me they have seen this elusive cat in our woods and near our backyards. Furthermore, there are people throughout Maine making similar claims. If you have had what you believe is a mountain lion-related encounter, please email me. I would be interested in hearing your story.