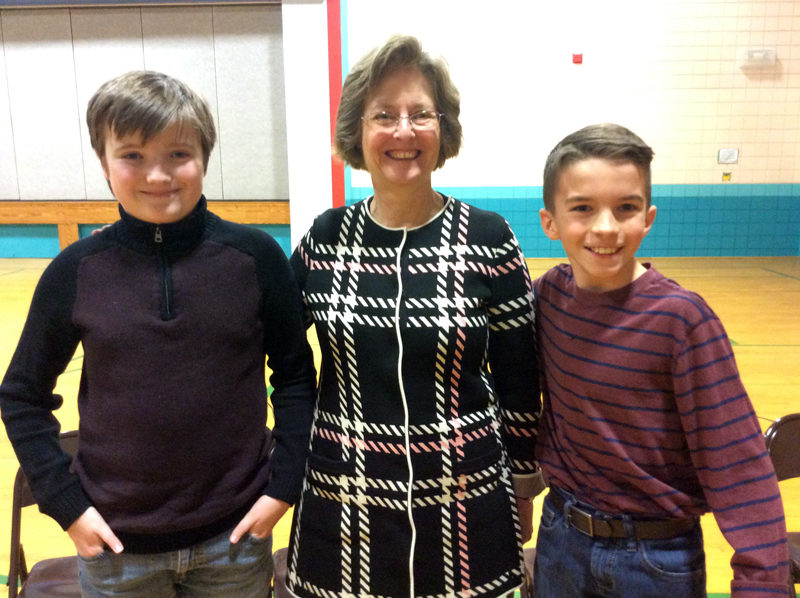 Alden Hunold (right), a sixth-grader at NCS, won the school geography bee on Jan. 25. Pictured with him are runner-up Isaac Powell and NCS Principal Ann Hassett.

Sixth-grader Alden Hunold was the winner of the geography bee at Nobleboro Central School on Jan. 25. Seventh-grader Isaac Powell was the runner-up. Hunold was scheduled to take a written test that would determine if he would qualify to move on to a statewide level of competition, according to NCS teacher and bee master Doug Parcher.

After numerous rounds of competition the field was narrowed to just four pupils: Rice, Tilas, Hunold and Powell. During a final elimination round, Hunold took the win.

The geography bee is an academic school event that tests students’ knowledge of world geography. Parcher, who moderates the event, said he looks forward to it every year, noting geography is important for all students.