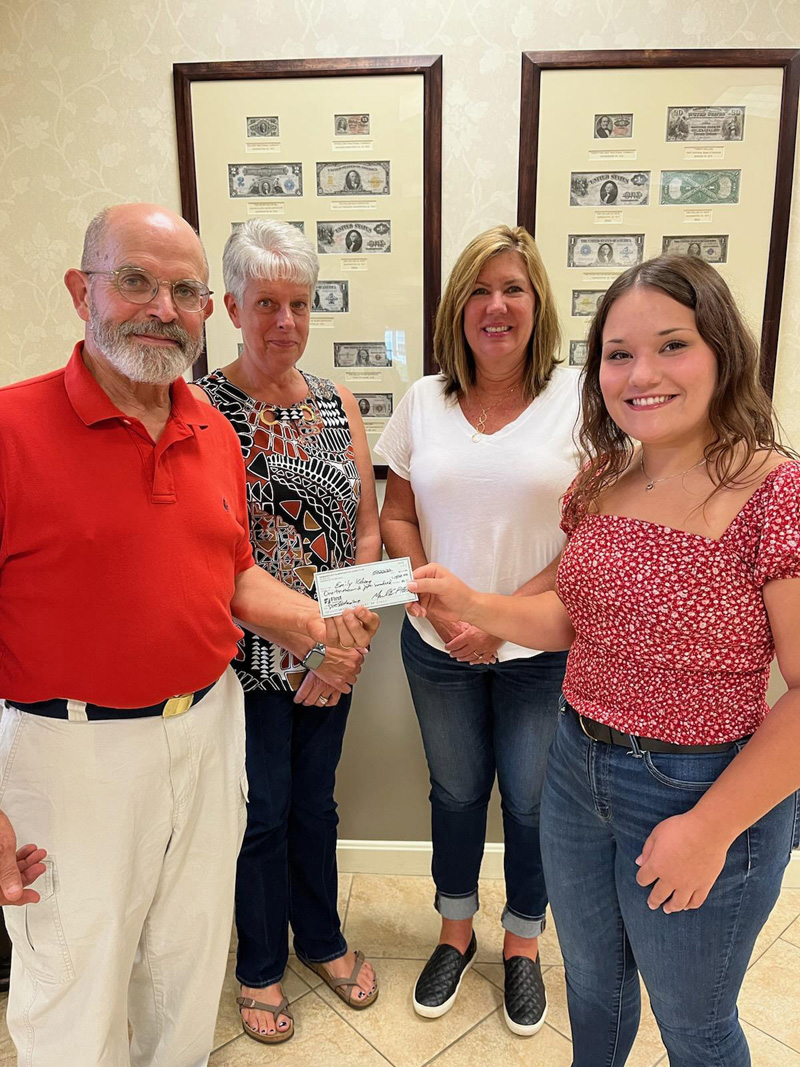 The Damariscotta-Newcastle Lions Club is pleased to announce that Emily Kelsey, of Bristol, has been named the recipient of 2022 Arthur Doe Scholarship in the amount of $1500. To be eligible, one must have already completed at least one semester at a post high school institution majoring in a health field.

The daughter of Heidi and Paul Kelsey Jr., Emily graduated from Lincoln Academy in 2020, with a 3.5 average and is a member of the National Honor Society. She has completed two years at the University of New England in Biddeford and has been on the dean’s list each semester carrying a GPA of 3.92. In the spring of 2024, she will graduate with her bachelor’s degree in nursing.

Kelsey was inspired to enter nursing given her grandmother’s career in the field and then more recently seeing her grandmother take care for Kelsey’s grandfather who became wheelchair bound. “I’ve watched her do simple things that make him smile,” she said. “As a nurse that is what I want to do, make a difference in people’s lives.”

After graduation, she plans to work in a Maine hospital and pursue an advanced degree to become a nurse practitioner or nurse anesthetist.

Lion Clubs around the world have contributed millions and spurred research to eradicate river blindness, remove cataracts, and combat diabetes.

The Arthur Doe scholarship is named for Arthur Doe, an outstanding Lion and leader in field of education. The Damariscotta-Newcastle Lions have worked to serve to those in need in central Lincoln County since 1954. Dinner meetings are held on the second and fourth Thursdays of the month at the Alna – Anchor Masonic Hall in Damariscotta, September to June. Service projects are sought and completed year round.