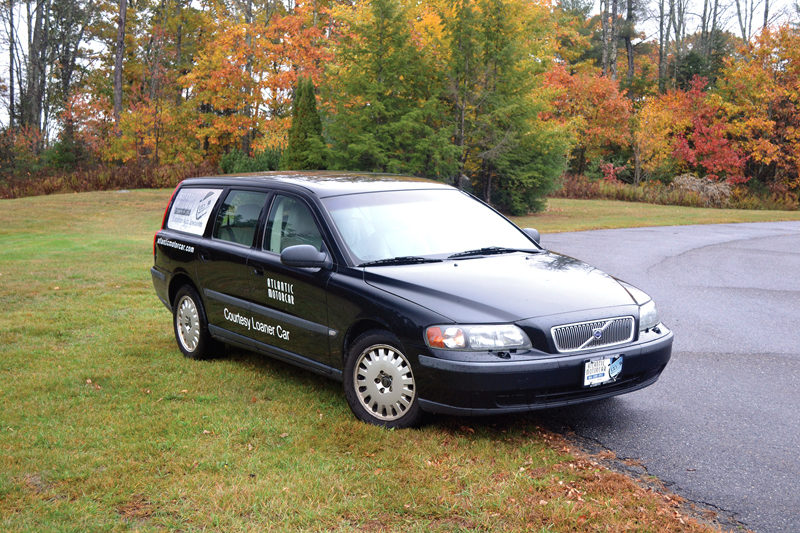 One lucky person will win this car for only one dollar from Atlantic Motorcar.

Christmas is just around the corner, traditionally a time for folks to reflect and be thankful for their blessings throughout the year. Giving back is a key value at Atlantic Motorcar in Wiscasset, and after 11 great years in business, the company would like to share its blessings with others. With that in mind, it is continuing the tradition it began in 2009 of helping a Maine family in need by allowing them to purchase a refurbished Volvo Automobile for one dollar. It is a vehicle that the company has serviced for a number of years as one of its customer-service loaner cars. It has installed new tires and brakes, replaced fluids, and had the car fully detailed to look and drive beautifully. This vehicle gets 24 mpg on the highway.

Atlantic Motorcar, located at 10 Ox Horn Road in Wiscasset, is now accepting nominations for somebody deserving of this opportunity. The ideal person to nominate is somebody who usually thinks of others before themselves. On Friday, Dec. 23, the winner will be announced, giving the lucky person the opportunity to buy the car for one dollar. Not only will the winner get the car, but Atlantic Motorcar will service the vehicle for a period of one year. This won’t be just an empty car — all the trimmings, including the turkey, will be in the back of the car for a complete Christmas dinner!

Nominations can be mailed to: Atlantic Motorcar Service, Attn.: Keep a Family Rolling, 10 Ox Horn Road, Wiscasset, ME 04578. One can also email nominations to car@atlanticmotorcar.com. Nominations must be received by Tuesday, Dec. 20. Atlantic Motorcar will read all of the nominations and will determine the most deserving person to be the owner of the Volvo for just one dollar. The recipient must have a current Maine driver’s license. The chosen nomination will be announced on the company’s website, atlanticmotorcar.com, and on Facebook on Friday, Dec. 23.

All nominations need to include the following information: