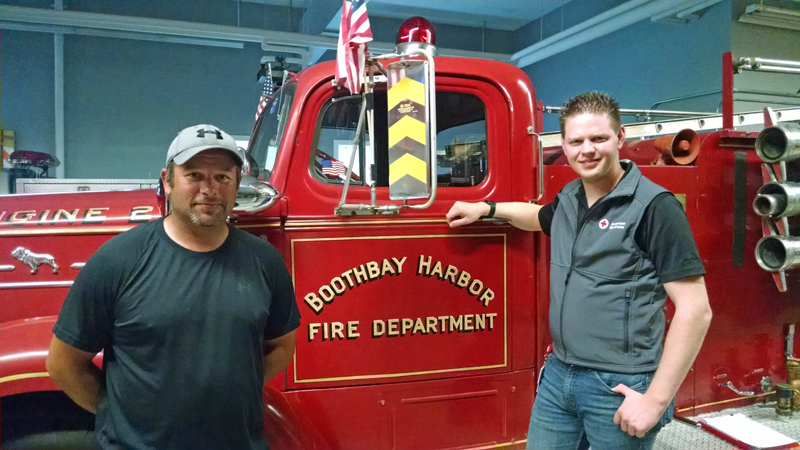 The American Red Cross of Maine is teaming up with local partners to make residents of Southport, Boothbay, and Boothbay Harbor safer by installing free smoke alarms in their homes on Saturday, Aug. 26.

“Smoke alarms save lives. It’s that simple,” said Boothbay Harbor Fire Chief Nick Upham. “You improve your chances of survival even further by having an escape plan.”

Southport, Boothbay, and Boothbay Harbor residents can make an appointment for a home fire-safety visit and free smoke-alarm installation by calling the Red Cross at 874-1192, ext. 113, or going to soundthealarm.org/maine. People interested in volunteering can also use that phone number and website.

“When a home fire strikes, you have only about two minutes to escape safely. We know that working smoke alarms reduce the risk of death in half,” said Southport Fire Chief Gerry Gamage.

The Aug. 26 event is part of an ambitious Red Cross campaign launched in 2014 to reduce home fire deaths and injuries by a quarter by 2020.

In Maine, the Red Cross and its partners have installed more than 8,000 smoke alarms and are on track to install an additional 3,600 over the next year. Nationally, 941,916 smoke alarms have been installed and at least 268 lives have been saved.