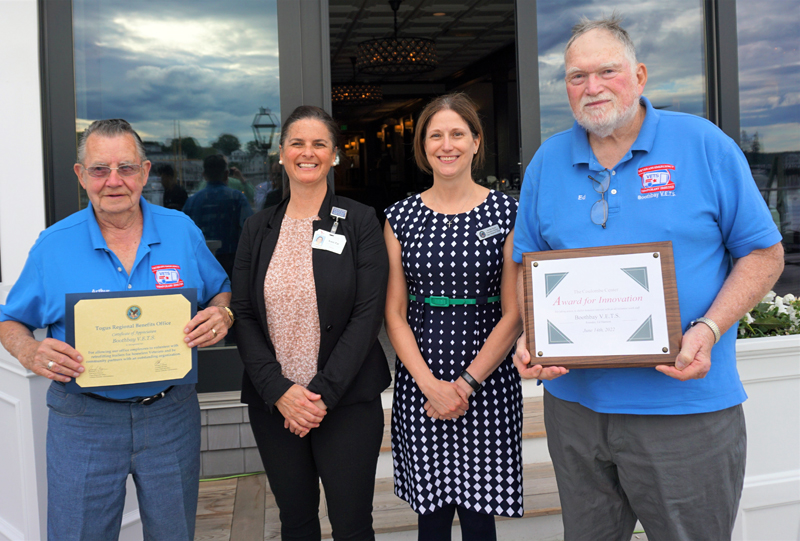 An innovative program to help veterans who are homeless was selected as the 2022 Coulombe Center for Health Improvement recipient. The award was presented at a small ceremony at Coastal Prime in Boothbay Harbor on June 14.

Boothbay Veteran’s Emergency Temporary Shelters (V.E.T.S.) its president, Ed Harmon and a handful of volunteers have been building small, portable trailers that are designed to provide temporary shelter for homeless veterans. The trailers can be used during all weather conditions. They are well-insulated and run on propane in the winter.

Six trailers are currently in use and several others have been built by volunteers using donated materials. The not-for-profit hopes to construct many more units and distribute them both locally and across New England. 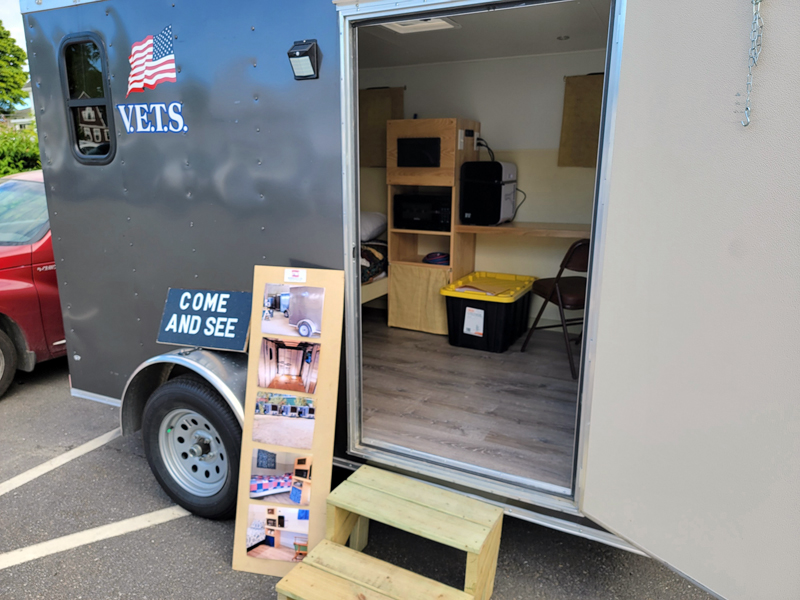 The project is made possible by fundraising and in-kind donations. Trailers are provided to veterans at no cost to them. Harmon told the story of a homeless veteran who lived in the woods for 100 days without shelter, and to whom V.E.T.S. were able to provide a temporary home.

“To him, this was heaven,’’ Harmon said.

A selection committee from LincolnHealth reviews all Coulombe Center Innovation Award nominations before selecting a winner. There has been steady growth in the number of nominations since the award began in 2018.

“This is a truly innovative project that helps meet the needs of those who’ve served our country,’’ said AnniPat McKenney, director of the Coulombe Center. “In some cases, the availability of emergency shelter can be the difference between life and death, so this program has the very real potential of saving lives.”

Jennifer Bover, executive director at the Veterans’ Administration at Togus in Augusta presented a certificate of appreciation to the V.E.T.S. program for its contributions to veterans, many of whom receive a stipend from the VA and do not qualify for a homeless shelter.

To learn more about the Boothbay V.E.T.S. program, visit their website at boothbayvets.weebly.com.