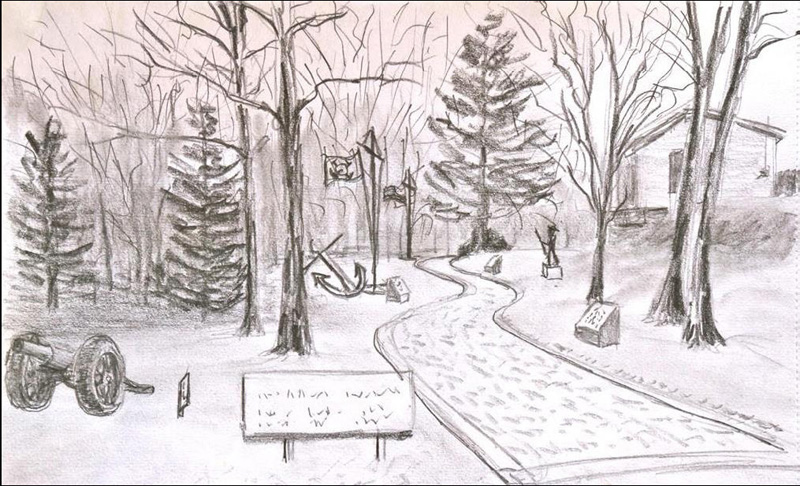 In honor of those who have given so much in service to the country, the town of Bristol invites residents and Lincoln County neighbors and friends to the groundbreaking of its Veterans Memorial River Walk at 10 a.m. Thursday, Nov. 11, at Ellingwood Park in Bristol Mills.

The event will be held on Veterans’ Day, and in addition to the official groundbreaking will also include dedication of a new tree in memory of U.S. Army Sgt. John Steer who was killed in Vietnam in 1968. The original tree, now failing, was planted by the local Girl Scout troop near the Bristol Dam shortly after Sgt. Steer’s death.

Members of the Bristol Veterans Memorial Committee will be on hand to answer questions and provide walking tours until noon. Light refreshments will be served courtesy of the 1812 Farm.

The formation of the committee and planning for the Veterans Memorial River Walk began about three years ago after longtime resident Sandra Lane expressed a need for such a place in the community.

Several events were held to thank veterans, and the committee began speaking to groups, letting them know its intentions. Donations started coming in, not only of money, but of historic items: Pictures, flags, stories, and names. The initial focus grew to preserving history and bringing the community together to honor its veterans. It was an exciting beginning, with great promise, although the pandemic slammed the brakes on it.

With the groundbreaking, so begins phase 1 of the Veterans Memorial River Walk, which features a path meandering alongside the Pemaquid River at Ellingwood Park. This initial creation of the path will be the first step in what will be a growing memorial, one where the community may contribute to its growth over time. There will be opportunities for the donation of trees, benches, even gardens and other places to stop and reflect, to honor and learn.

There have been many monetary donations, and just recently over $13,000 in materials needed to break ground was donated, as well as many offers of free labor. There is just $3,000 left to raise to reach the phase 1 goal. Any monies that exceed the goal will go to a long wish list, at the top of which will be signage and flags, and to the future phases of this growing memorial.

For anyone wishing to make a donation, email Lara Decker at ldecker@bristolmaine.org.