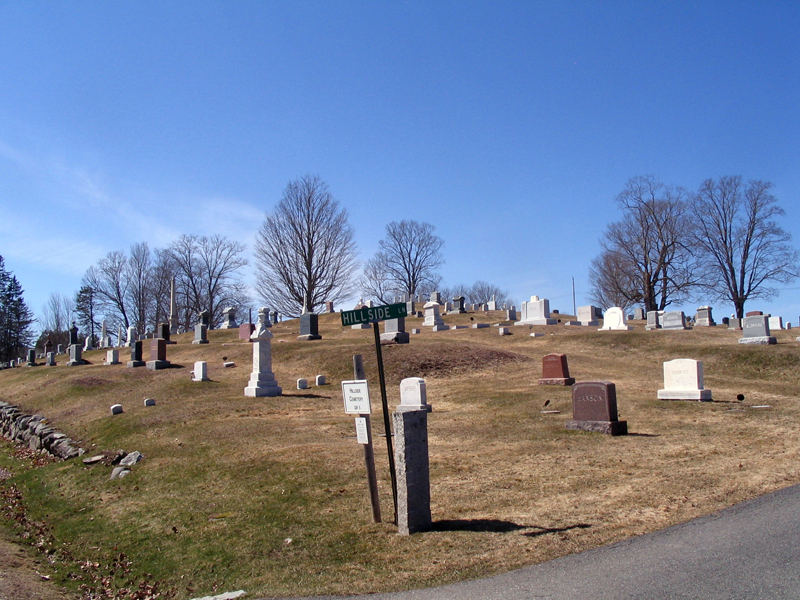 Many gravestones in Hillside Cemetery are missing important information, including birth and death dates, full names, and veteran information. The Damariscotta Cemetery Trustees are asking the public for help to fill in the blanks, especially in the Norris Yard portion of Hillside. This is the area bordering Church Street and up the hill along the west side of Hillside Lane.

Descendants frequently look to cemetery data to supply missing pieces of family history. It becomes all the more important for families where first names were repeated with abandon. Most stones in the Norris Yard list only the year of birth or death, without full dates or ages. In addition, the names and birth years on the family monuments were often inscribed at the time the stone was placed, and the death year was never added to the stone.

A further complication is the possibility that some of the people named on the stones ended up being buried elsewhere, perhaps after a marriage or a move to another area. With only a couple of exceptions, no written records have been found that say who is actually buried in a particular lot.

The women’s names sometimes create a puzzle as to whether a second name is her middle, maiden, or married name (e.g., “Katherine Rose”). Once in a while, the answer can be deduced from various clues, though too often there is not enough information to make a reasonable guess. In cases where only a first name is inscribed, there is no way to know if a woman subsequently married and then died with a different last name. The last names of widowed women who married again are also unknown.

If a veteran’s stone does not list service details such as rank, branch, military honors, and service period (e.g., World War I), having that information as well would be appreciated so that their service can be appropriately recognized.

While the current focus is on transcribing the Norris Yard and adding that information to the database, additional details about any burial in Damariscotta are also gratefully accepted. It is better to receive the same information multiple times than not at all.