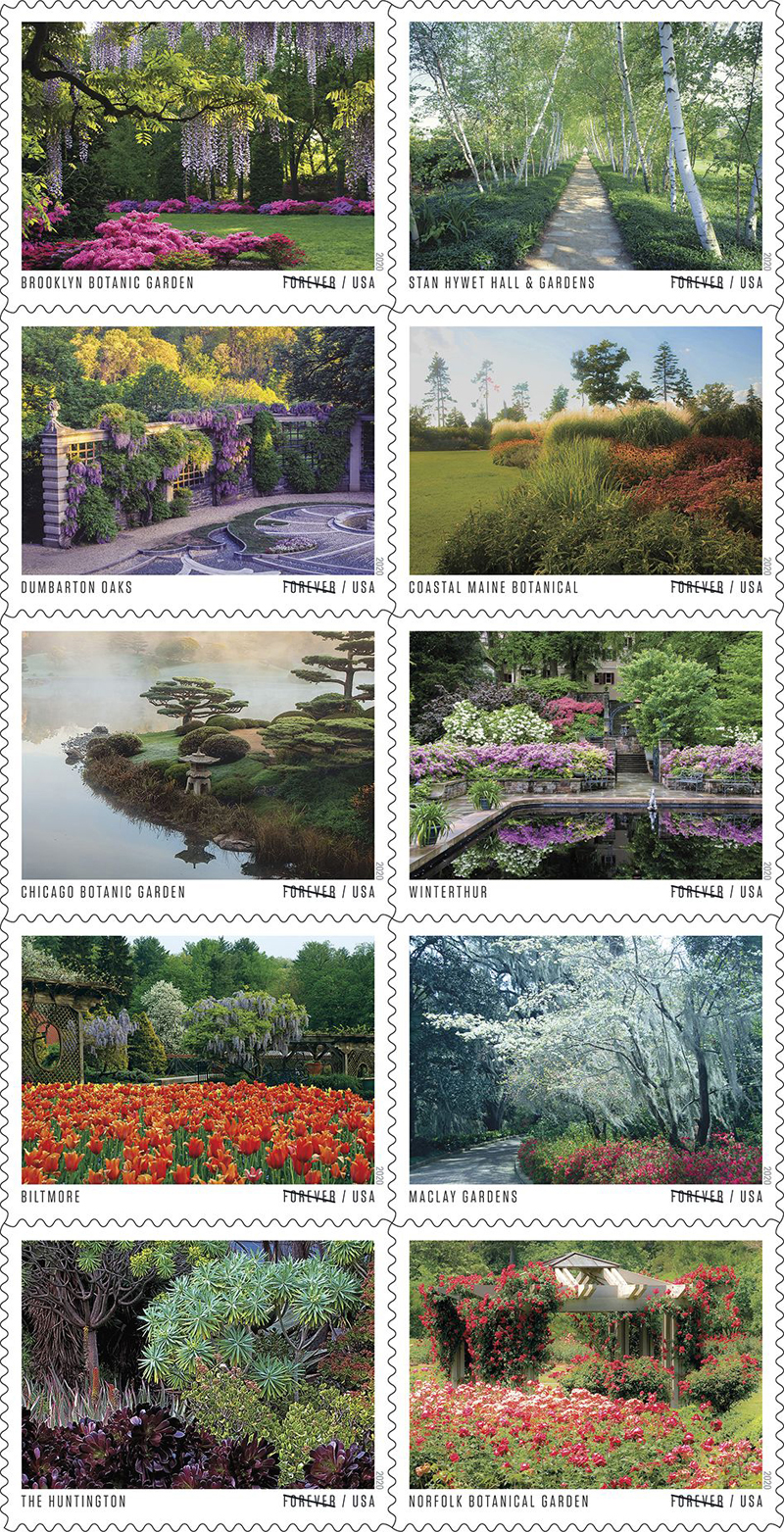 Thanks to the United States Postal Service, there’s a new way to experience Coastal Maine Botanical Gardens. The American Gardens Forever series of stamps features ten public gardens, all of whose images were captured between 1996 and 2014 by photographer Allen Rokach.

According to the Office of the Postmaster General, the goal of the series is “to honor ten of the country’s best gardens and celebrate America’s love of gardening.” The timing of the series’ release coincides with National Public Gardens Week, sponsored by the American Public Garden Association.

“It’s such a joy to be included in this collection,” said Coastal Botanical Gardens CFO-COO, Erin MacGregor-Forbes. “As a relatively young garden, it’s an incredible honor. Our mission is to create connections between people and nature and now, every time someone uses it, this new stamp helps us do that work.”

The Coastal Maine Botanical Gardens’ stamp features the sea of grasses on the Gardens’ Great Lawn. The lawn was inspired by 19th century landscape parks which, in turn, were modeled after pastoral landscapes. The garden was designed to create a sense of scale and openness in contrast to the densely wooded forest that surrounds the botanical gardens.

One of the lawn’s most distinctive features is Whale Rock, a massive formation of Bucksport schist that rises out of the grass at the southern edge of the lawn. The plantings surrounding the lawn feature broad sweeps of perennials and grasses, suggesting a stylized meadow complimenting the adjoining turf. Also featured in the Great Lawn garden is Founders Grove, a planting of seven narrow pin oaks, blueberries, and grasses commissioned to honor the founders of the botanical gardens. The organically maintained lawn is a perennial favorite with visitors.

The stamp series is available at USPS.com and at post offices nationwide.