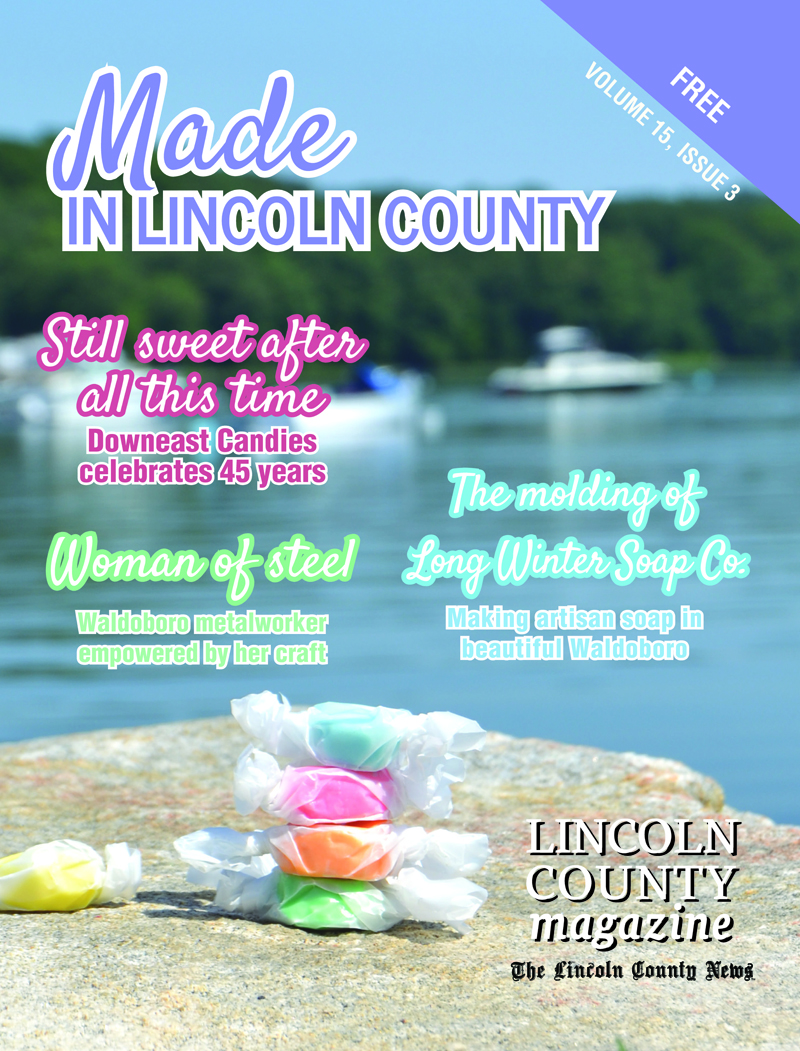 The magazine, now in its second season after a successful creative revamp, will feature makers and artisans in Lincoln County. The cover features a photo from “Still sweet after all this time,” a feature on Downeast Candies of Boothbay Harbor, written by LCN Marketing and Engagement Coordinator Maia Zewert.

Christine LaPado-Breglia, the newspaper’s arts and lifestyle editor, serves as the magazine’s editor. Megan Hyson, a graphic designer for The Lincoln County News, oversees the look and layout for Lincoln County Magazine.

The free magazine arrives as an insert in local copies of The Lincoln County News and is available at many area businesses and visitor centers.

Five issues of the magazine are published from May through September, and each edition has its own theme: Outdoors, Live from Lincoln County, Farm and Table, Made in Lincoln County, and Live Well.

All three are in wide distribution, and both Outdoors and Live from Lincoln County are available at lcnme.com.

For more information or to advertise in Lincoln County Magazine, call Zewert at 563-3171 or email publications@lcnme.com.