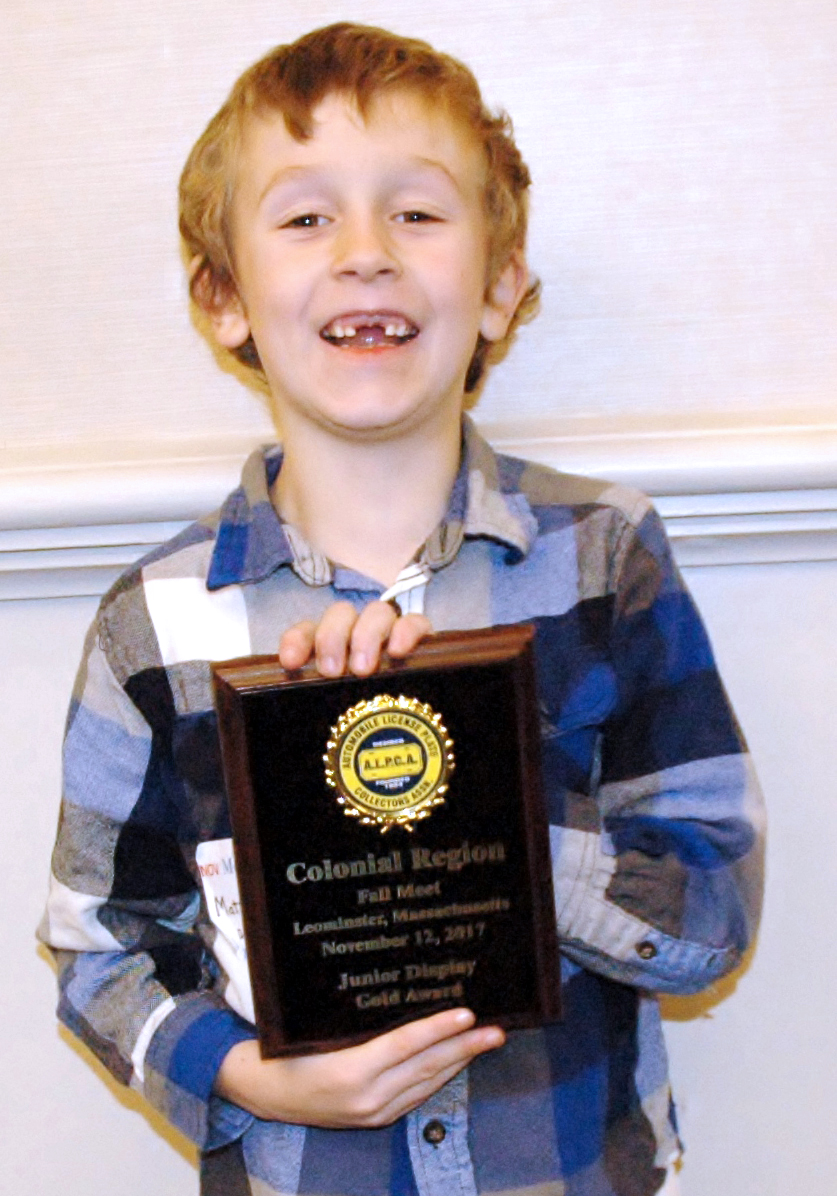 Matthew Roberts, 6, of Damariscotta, captured gold in the Youth Division with his license plate display at the Colonial Region fall meet of the Automobile License Plates Collectors Association.

Matthew Roberts, 6, of Damariscotta, captured gold in the Youth Division with his license plate display at the Colonial Region fall meet of the Automobile License Plates Collectors Association in Leominster, Mass. on Sunday, Nov. 12.

Roberts has been collecting license plates for two years, and has a plate from nearly every state in the U.S. and from a couple of foreign countries. He attended a program on license plates last winter at Boothbay Railway Village, where he was invited to join the Automobile License Plates Collectors Association. He attended his first meet in Arundel in July. At the time, he was the youngest member of the organization and had his picture taken with the oldest member. The picture appeared in the association’s Plates Magazine this fall.

Roberts had several offers to buy his plates last weekend, but the 6-year-old would not budge. He bought several new plates at the auction from other members of the club, and was gifted others.

His favorite part of attending the meet was “getting my oldest plate,” a 1922 Connecticut plate.

Roberts likes to learn about his plates from older members of the club. At Sunday’s meet, he found out his 1955 Massachusetts plate that his mother bought him at the Damariscotta Early Bird Sale was probably used as a movie prop. The plate originally started with the number eight, but the number was modified to look like a zero.

At the show, he found out a Maine motorcycle plate he owns has a mistake on it. “The seven is an upside down L,” Roberts said.

He has 337 license plates in his collection, many given to him by friends and family from across the country, and club members. He acquired “about 46” plates at the latest meet. Some he purchased with his own money and others were given to him.

Roberts has been working on collecting a plate from every state and has nearly reached his goal. He is nine states short and still looking for Kansas, Kentucky, Louisiana, Mississippi, Missouri, Tennessee, West Virginia, Wisconsin, and Wyoming. 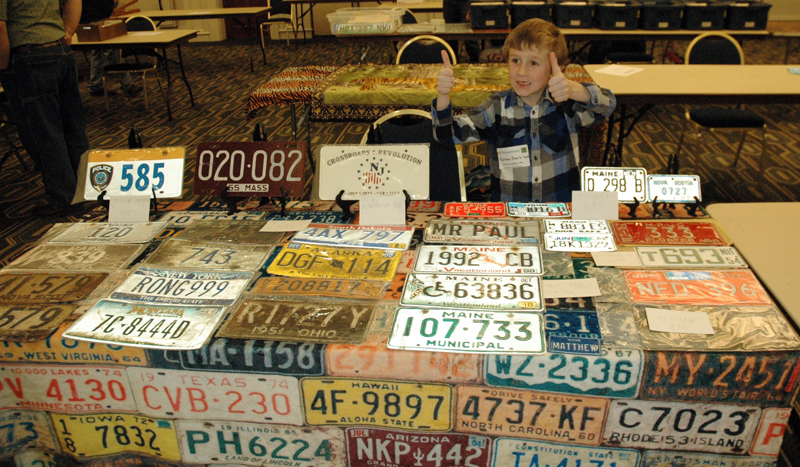 His plates from outside the country are from Prince Edward Island, Australia, Curacao, Nova Scotia, Alberta, Germany, and Italy.

Roberts is a second-grader at Damariscotta Montessori School in Nobleboro. He is the son of John and Kristen Roberts.