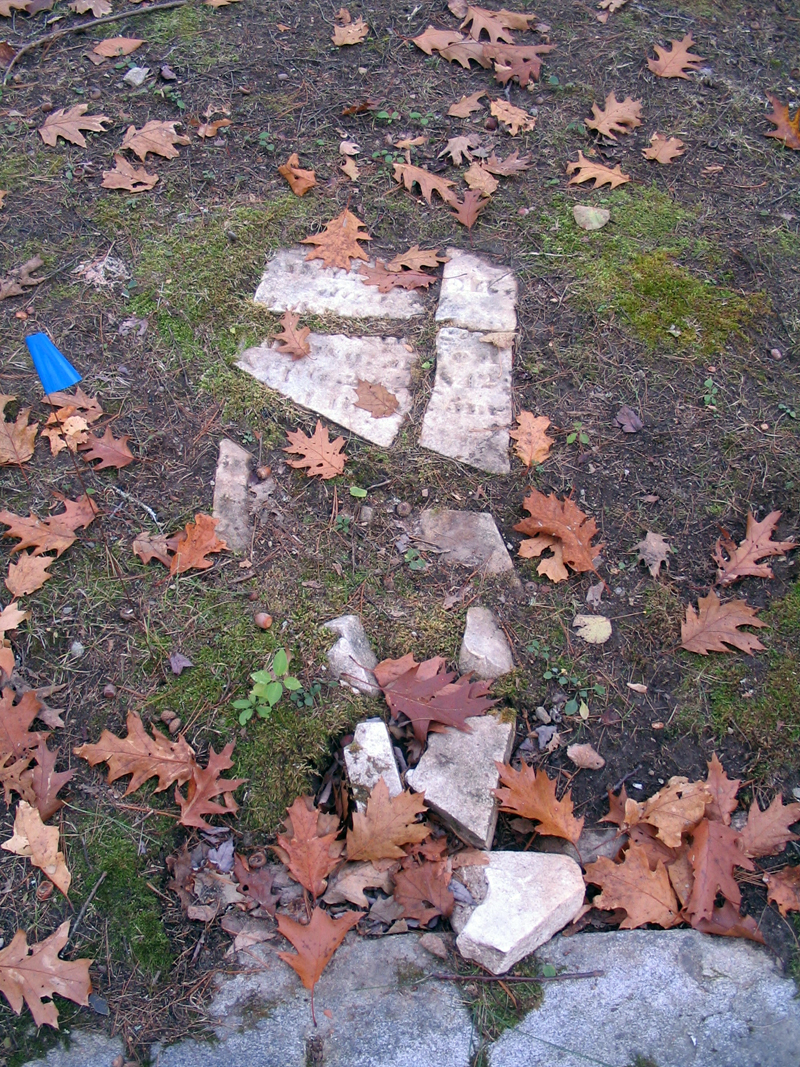 A before photo of the shattered headstone of Hester House, daughter of John and Abigail, who died in 1842 at the age of 16.

Though unable to hold the auction last year, COVID-19 did not stop Damariscotta Historical Society’s cemetery preservation and restoration work. Working outside was one thing that could be done safely by volunteers. While faithful groundskeepers continued regular mowing, trimming, and seasonal cleanups, the stone team worked on the House-Day Cemetery in the woods off of House Road.

The initial visit last November was made to lift and level leaning and sinking stones. While one team member worked on those, another evaluated the remnants of a shattered headstone and determined there might be a chance of restoring it. The decision was made to bring the pieces indoors so work could continue during the winter.

As those pieces were being gathered, it became apparent that there should be another headstone that was not visible anywhere. Unable to find it last fall, research was undertaken over the winter that found documentation indicating the missing headstone had been visible as late as 1960, meaning it should still be there somewhere. The most recent headstone in this cemetery is dated 1908; the latest unmarked burial occurred in 1915.

The process of reconstructing the shattered headstone became a 3D, double-sided jigsaw puzzle with pieces missing, spare parts, and no picture on the box. Deciding to search for more of the missing pieces, the project was transferred to the town office basement until spring thaw.

During the search for additional pieces of the shattered headstone, the missing headstone was located 6 inches underground, out in the woods, about 20 feet from the grave, broken into 10 pieces. It was then cleaned and repositioned for future repairs. 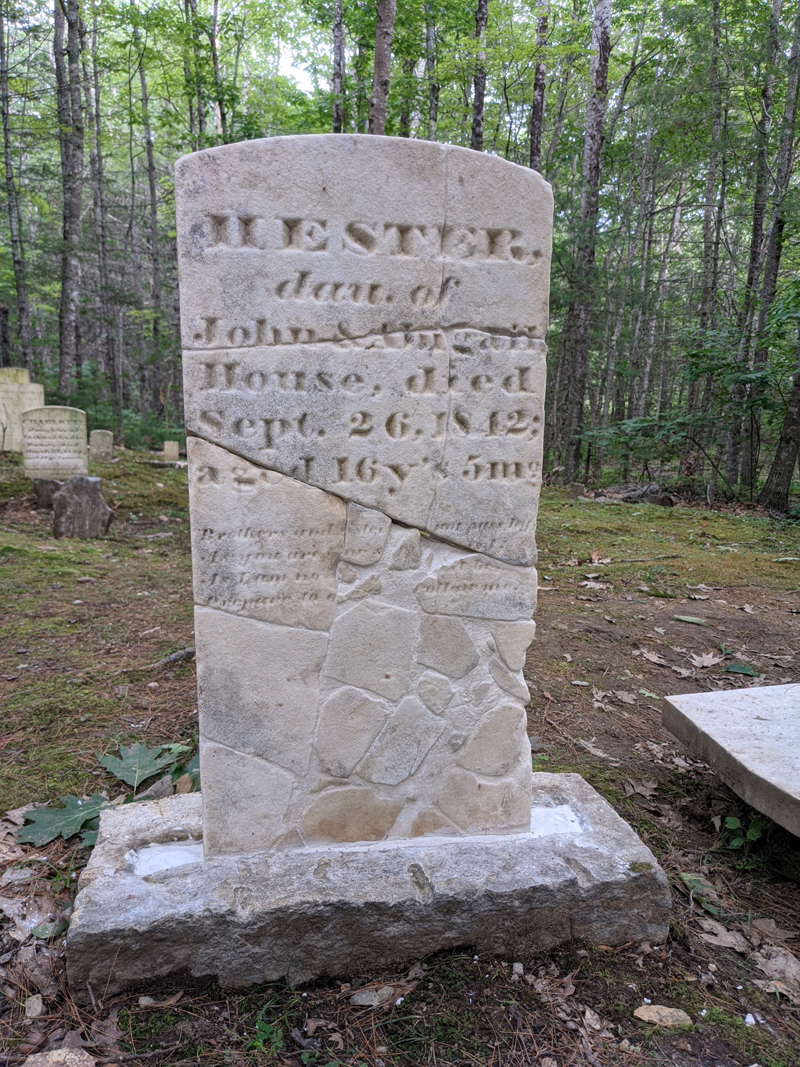 A photo of the headstone of Hester House, who died in 1842 at the age of 16, after it had been put back together.

The proceeds of the silent auction go toward specialized materials and equipment needed for such work, as well as jobs requiring professional labor.

Damariscotta Historical Society is a 501(c)(3) organization grateful for the consistent widespread support received as it seeks to share local heritage with the community and friends.