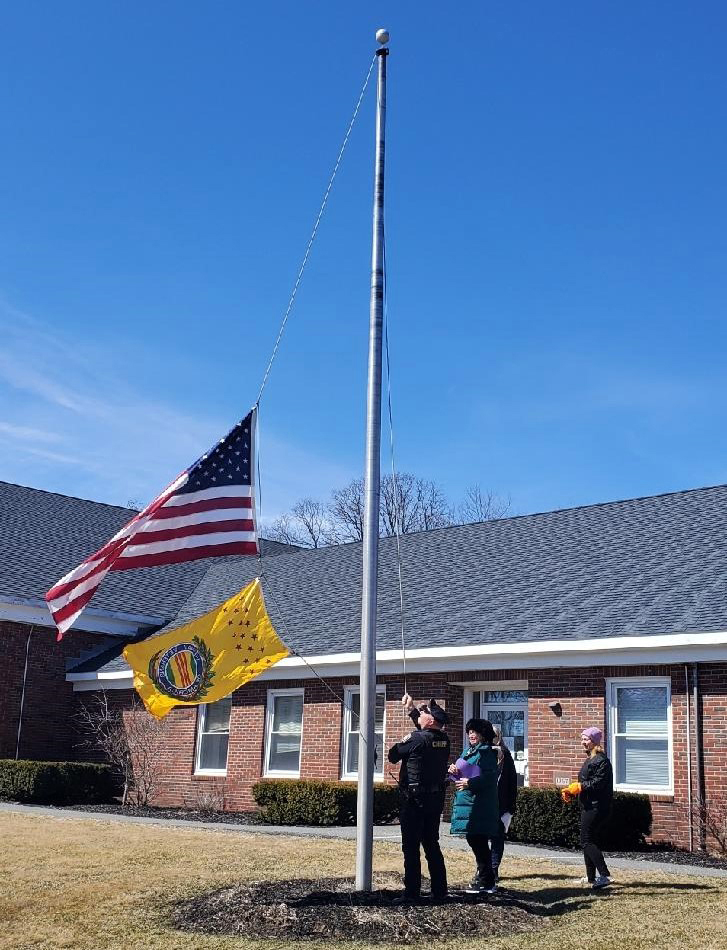 Regent Audrey Miller and Vice Regent Barbara Belknap, of the Pemaquid Chapter of the Daughters of the American Revolution, were joined by Jeffrey and Alexis Miller on Vietnam War Remembrance Day, March 29, as Wiscasset Police Chief Larry Hesseltine once again hoisted the Vietnam veterans memorial flag up under the American flag in front of the Wiscasset town hall.

This is the fourth consecutive year that the chapter has chosen this simple way to honor all those who bravely served in the Vietnam War and the sacrifices they, their families, and caregivers have made on behalf of the nation.

After the flag was raised, Miller gave brief remarks outlining the history above and to remember the 48,000 men and women from the state of Maine who served in Vietnam. Maine has 343 names etched in black granite on the wall in the nation’s Capitol and 12 men are still missing in Southeast Asia.

“Today, we fly this flag to acknowledge our deep respect and admiration for our Vietnam veterans,” Miller said. “Today, we recall these sacrifices and say … thank you for your service, we have not forgotten you. We will never forget you.”

This chapter has proudly served Lincoln County since 1932. For more information, go to mainedar.org/pemaquid or find the chapter on Facebook.