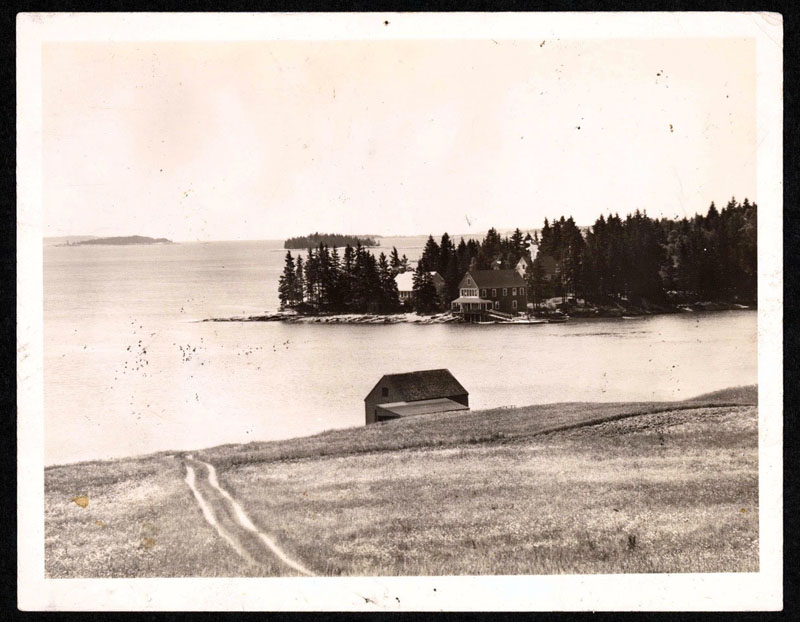 A view of Hog Island Audubon Camp, from the mainland in Bremen, circa 1930s.

Friends of Hog Island has announced the launch of a digital history about the Hog Island Audubon Camp in Bremen. Since its founding in 1936 as a hands-on conservation camp for teachers, the Audubon Camp in Maine has instilled a love of nature and commitment to community and conservation in the more than 50,000 campers who have arrived on Hog Island.

Sixteen months ago, Friends of Hog Island’s board unanimously approved a partnership with digital history pioneer, HistoryIT, to digitally preserve the historical documents, photos, videos, and film of the Hog Island Audubon Camp. The collection contained approximately 90 linear feet of materials, which translates to a digital archive with more than 25,000 preserved photographs, scrapbooks, documents, and other items.

Although the pandemic paused the project briefly, Friends of Hog Island is thrilled that it did not deter HistoryIT from finishing the undertaking to make this history fully digital and accessible. The archive may be viewed online at hogislandmaine.historyit.com 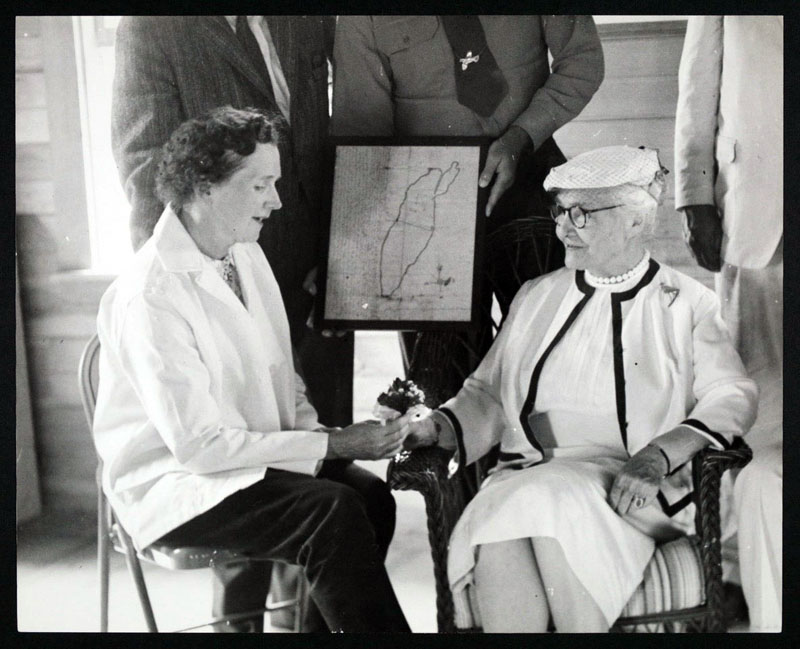 Rachel Carson and Millicent Todd Bingham in 1960 after signing the deed to Hog Island to National Audubon.

Visitors to the site will find curated exhibits and a timeline that tells the stories of those who have endeavored to save and shape Hog Island over the years. There are also galleries of photographs, scrapbooks, camp records, and curricular material created and used at the camp since its founding.

Visitors can learn of the contribution of the Lailer, Osier, and Nash families to Hog Island’s history, as well as of its many luminaries — Roger Tory Peterson, Allan Cruikshank, Mabel Loomis Todd, Millicent Todd Bingham, Rachel Carson, the Cadbury family, Duryea Morton, Steve Kress, and many more.

“As an historian, I’ve always been intrigued by how much history is hidden away, waiting to be shared with the broader world,” said HistoryIT’s CEO Kristen Gwinn-Becker. “As a Maine native, I am especially proud when we are able to uncover, preserve, and make accessible such important stories for generations to come.”

“After trying for nine years to get the archives catalogued and digitized, it was a huge relief to hand the task to professionals who know, and have a passion for, what they’re doing,” said Juanita Roushdy, former president of Friends of Hog Island and now executive director. “Thanks to HistoryIT and the foresight of the FOHI board, Hog Island’s history is now forever preserved in digital form, accessible to the public and searchable.”

If you have photos or documents that you’d like to contribute to the Friends of Hog Island Digital Archive site, contact Roushdy at president@fohi.org.