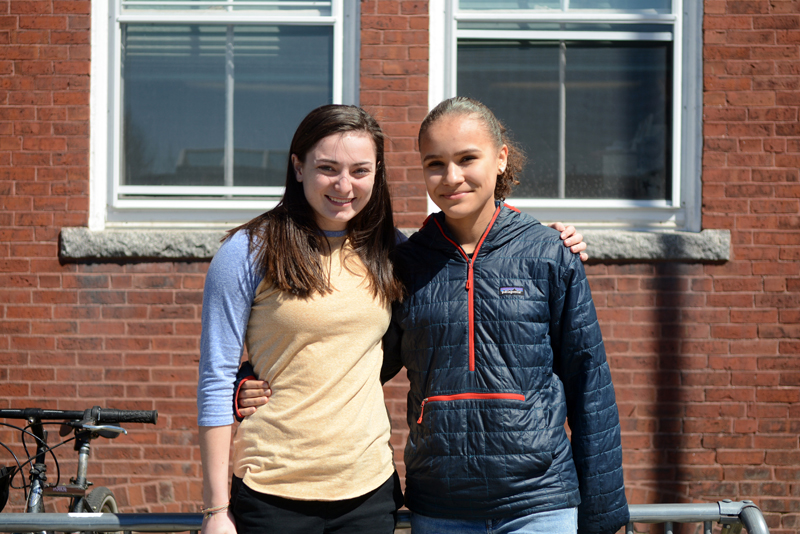 Mullen, a senior from South Bristol, served a one-year term as school president. She plans to attend Dartmouth College next fall after graduating from LA.

LA English teacher Thomas Kothe is the advisor to the LA Student Council. In his experience, successful school presidents share four qualities: “one, they are excellent listeners, communicators, and organizers. Two, they have a unifying vision about how to improve their school community. Three, they strive to represent all their constituents, which means reaching outside and beyond their immediate circles of friends and acquaintances. Four, they balance the ability to work within the system with the desire to expand justice, equity, and greater democratic engagement.”

In Kothe’s opinion, Harris has all of these qualities. “Among the student body generally and within the student council specifically, the response to Emily’s victory has been overwhelmingly positive,” he said. “Current members of Student Council and I are thrilled that Emily is going to succeed Tahlia because she possesses both an aspirational vision for improving the school community and a concrete course of action. She’s also clearly an excellent communicator who has a natural ability to inspire others to engage in positive collective action.”

Harris is ready for the job. “I ran (for school president) because I genuinely felt that I am the kind of person who can best fill the position, and I want to try to be involved in everything,” said Harris, who has served as a class officer for two years. “My priorities are to try to listen to others and push the Student Council to be more proactive.”

In reflecting on her term, Mullen said, “My proudest accomplishment has been Student Council’s execution of blood drives this year. In both the fall and spring, Student Council did a great job collecting signups and volunteering at the drive, and we had great participation from the student body.”

Mullen also reflected on challenges to the leadership role. “One of the biggest challenges facing Student Council is our relationship with school administration,” she said. “During both my time as president and as a representative, Student Council has brought various ideas or concerns to administration with the hope of initiating change, but most often we see these issues dismissed or overridden.

“My advice for Emily is to take advantage of the administrative transition occurring next year to set a new precedent for Student Council’s level of authority within the school. This may be an opportunity for the students to gain jurisdiction in areas we have not had it in a long time.”

In his role as advisor, Kothe is optimistic. “In the first meeting of her term, Emily was already asking probing questions, suggesting new policy proposals, and considering better ways to reach out to her fellow students. Because she embodies the ideals of the position, we all believe that Emily will be a unifying leader throughout her term,” he said.

As for Harris, she is confident that at least one of her personal qualities will help her accomplish the job of student body president. In her campaign speech, Harris referred to a favorite childhood book called “Loud Emily,” in which the heroine, whose loud voice has generally been considered a nuisance, uses that same voice to save a ship from crashing into rocks. “Whatever happens in this next coming year, I hope I can be everybody’s loud Emily,” she said.