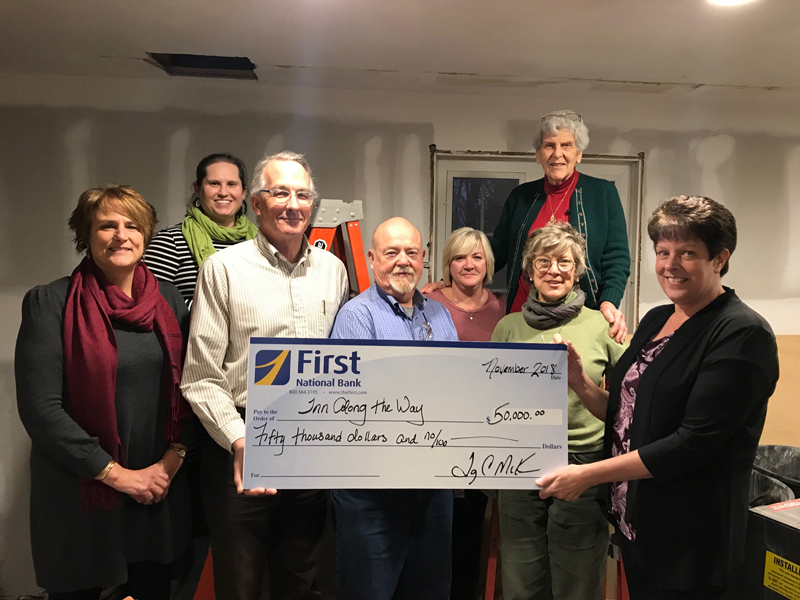 First National Bank recently pledged $50,000 to Inn Along the Way in support of its Chapman Farm campaign.

First National Bank recently pledged $50,000 to Inn Along the Way in Damariscotta in support of its Chapman Farm campaign.

The Chapman Farm additions and renovations will result in eight guest rooms and one manager’s apartment. Four of the guest rooms will be fully accessible on the ground floor; four others will require the ability to climb stairs. Three of the nonaccessible guest rooms will be located upstairs in the original house and one, plus the apartment, will be built in the second floor of the new wing. These guest rooms, particularly those which are accessible, will be offered for use as short-term respite accommodations for caregivers and/or their loved ones.

To help Inn Along the Way reach its $10 million goal, contact Sherry Flint at 751-6261 or go to innalongtheway.org.

First National Bank is an independent community bank with 16 offices in Lincoln, Knox, Hancock, Washington, and Penobscot Counties. For more information about First National Bank, call 1-800-564-3195 or go to thefirst.com. Find the bank on Facebook.