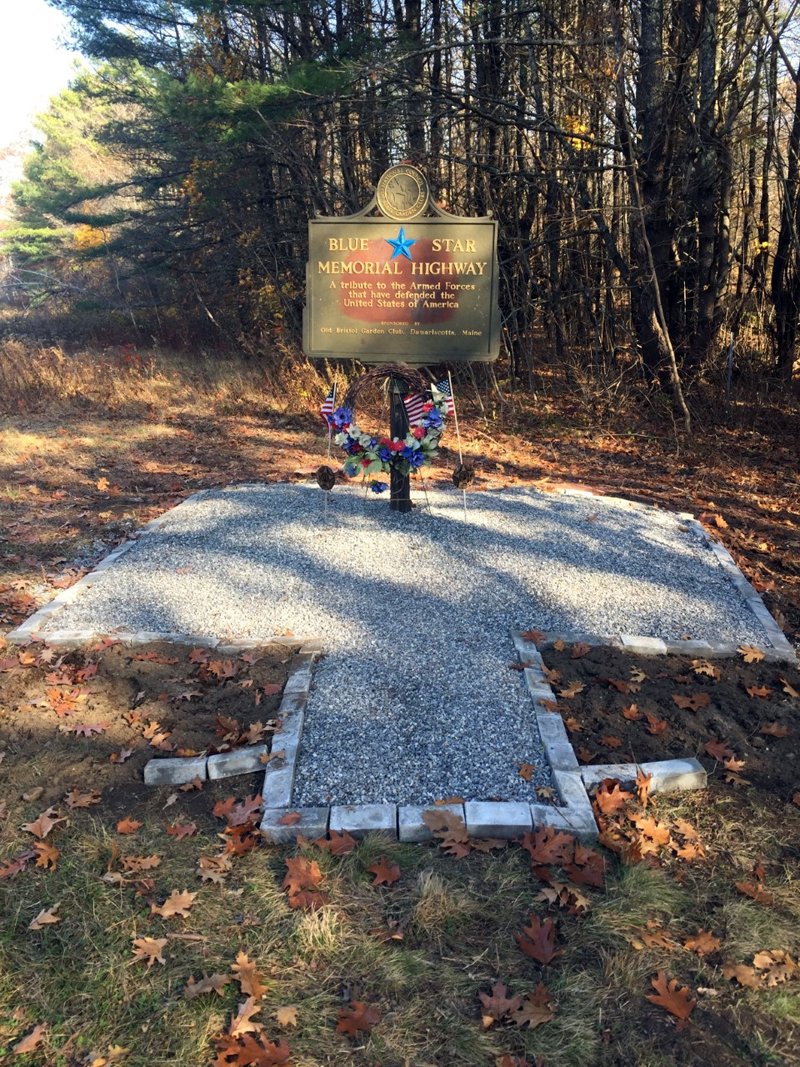 The “Blue Star Marker” program was initiated by the National Council of State Garden Clubs as a living memorial to all those who have served in the nation’s armed forces. Markers have been placed along many highways across the United States, which are known as Blue Star Memorial Highways. The Blue Star Memorial Highway marker on Route 1 in Newcastle was erected in 1969 and was sponsored by the Old Bristol Garden Club.

In recent years the Garden Club Federation of Maine has placed a wreath at the marker under the direction of Linda Redman, blue star committee chairman. At her request the Old Bristol Garden Club was made aware of improvements needed at the site, and renovations began in earnest in August.  Since then, the two 51-year-old yews from the original planting were removed, along with massive bittersweet vines entangled in their branches.  Undergrowth has been cleared, trash has been removed, and grooming at the site has occurred.

The original white marble chips from Vermont have now been replaced with a generous donation of gravel from Toby Plummer’s Granite Hill Quarry, in New Harbor. Dale and Kyle Wright of H. Chester Wright, Inc. hauled the gravel from the quarry and arranged it on landscape cloth as their contribution to the project. N. C. Hunt donated 80 concrete bricks to outline the gravel around the marker. The garden club donated daffodil bulbs which have been planted in front of the marker.

The Blue Star Memorial Highway marker is located just past the Damariscotta exit on Route 1.  A pull-off provides easy access to the site.