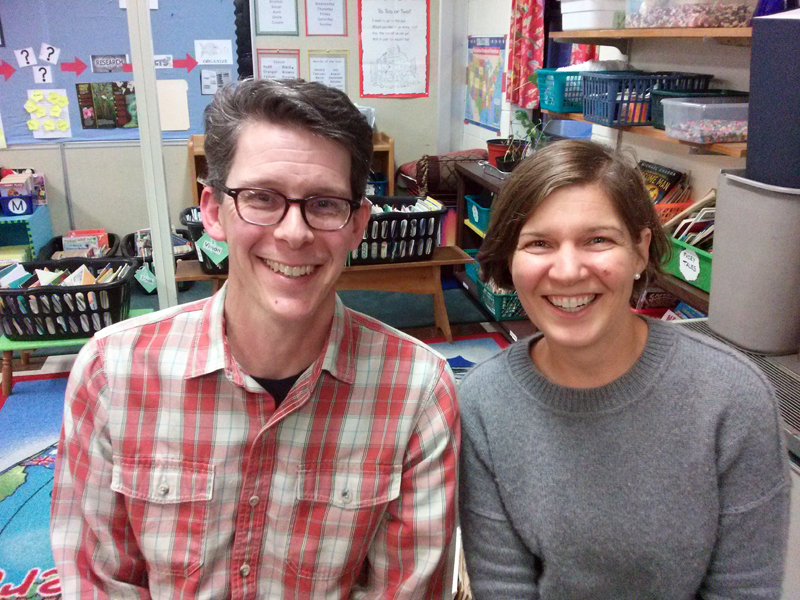 The Great Salt Bay Community School Parent-Teacher Organization would like to introduce its new co-presidents, Douglas Straus and Liza Fleming-Ives. They were voted in at the PTO’s Nov. 17 meeting, taking over for Amy Krawic, who has served as PTO president and a volunteer with the PTO for many years.

Straus is the father of a fifth-grader at GSB and a ninth-grader at Lincoln Academy in Newcastle. He has been a regular volunteer at GSB for the past nine years. Straus is a former small-business owner who became a full-time father 14 years ago. In addition to helping out at GSB, he has been an active member of the board of Healthy Kids, the child-abuse prevention agency for Lincoln County, where he now serves as president. He lives in Newcastle with his wife and two children.

Fleming-Ives is the mother of a fifth-grader and a second-grader at GSB. She has been a regular volunteer in GSB classrooms for the last four years. Fleming-Ives is also the deputy director of the Genesis Fund, a nonprofit organization in Brunswick that provides financing for community development projects throughout Maine. In addition to being a co-president of the PTO, Fleming-Ives serves as a board member of the Friends of GSB Inc., of which the PTO is a part. She is married to Steven Hufnagel, executive director of the Damariscotta River Association. Fleming-Ives, Hufnagel, and their two children live in Damariscotta.

To join the GSB PTO and/or find out more information on how to volunteer, email gsbpto@gmail.com, go to facebook.com/gsbpto, or come to the next meeting on Thursday, Jan. 12, 2017.