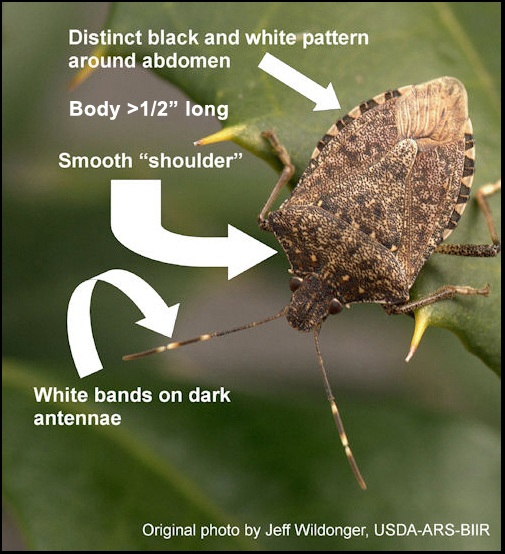 Entomologists at the Maine Department of Agriculture, Conservation and Forestry are seeking public assistance locating the brown marmorated stink bug. Recent posts to the DACF’s Maine Bug Watch Facebook page have state officials interested in the prevalence of the brown marmorated stink bug in Maine. The bug is a major agricultural pest in other states and has caused severe economic damage to a number of crops in the mid-Atlantic states.

To help determine how widespread the brown marmorated stink bug is in Maine, and the risk posed to Maine agricultural crops, the department is asking residents to report sightings of this pest through an online report form: surveymonkey.com/r/ME2017BMSB. A photo is required to verify the identity of the bug (there are other bugs that look like it), or bugs can be captured and frozen, with an email report sent to bugwatchme.agr@maine.gov.

As a home invader, the brown marmorated stink bug is merely a nuisance. The bug will not harm people, pets, or structures. In neighboring New Hampshire, where it has been an acknowledged nuisance pest for 3-4 years, control efforts have been recommended on an orchard crop this year for the first time.

For more information about the brown marmorated stink bug and what to do to control it, go to stopbmsb.org.