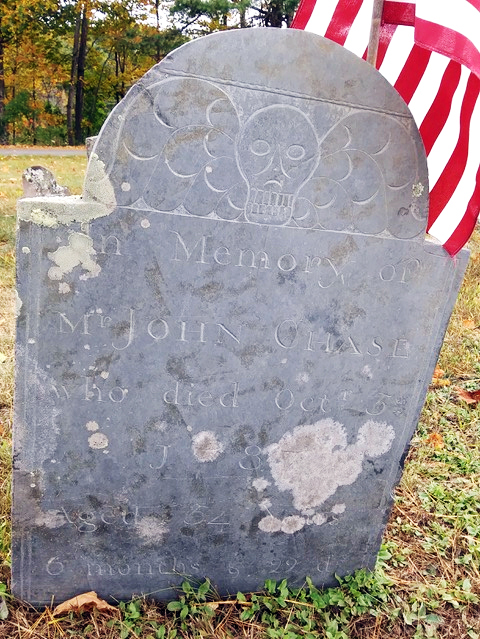 Due to the coronavirus pandemic, the Newcastle Historical Society will not be sponsoring programs for the public this year. To continue to highlight people and events from Newcastle’s past, a “Then…and Now” column will be presented every two months by society members. The theme for October is “gravestones.” There are several interesting cemeteries in Newcastle containing the remains of early settlers. Early grave markers were often made of wood. Later, field stones were utilized and are found in many local cemeteries. Slate became popular in Maine in the mid-1700s, and today many 200-year-old slate gravestones are still legible. In the 19th century marble gravestones were preferred. Now, headstones are most often made of granite.

Not only has the type of stones used to mark graves changed, but so have the designs on the stones. Early gravestones often had engravings of skulls and bones or winged skulls. In the 1800s, urns and weeping willows were common carvings. These engraving themes were no longer common by the late 20th century.