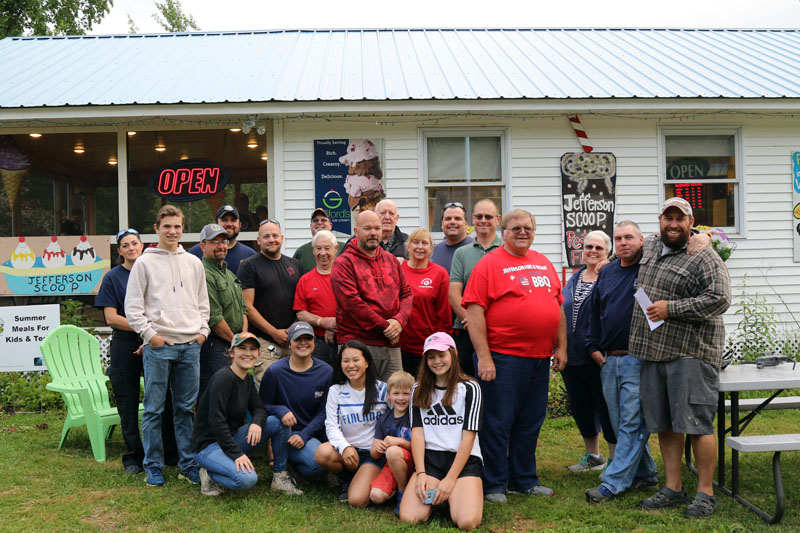 The Jefferson Scoop ice cream shop, on Route 32 in the village, raised $2,000 for Jefferson Fire and Rescue on Saturday, June 23.

The money was raised from the sale of ice cream and generous community donations. Shop owner Joe Holland organized the event to raise funds and awareness about what the all-volunteer department does for the community.

Jefferson has 25 volunteer firefighters, six of whom are emergency medical technicians, plus two non-firefighter EMTs. The agency answered 333 emergency calls in 2017, including 186 medical calls.

“We are 100 percent volunteer. When our firefighters and EMTs go to a call, they are in their own vehicles using their own fuel,” Morris said.

Holland hoped to raise $500 on Saturday and was elated to quadruple that number. 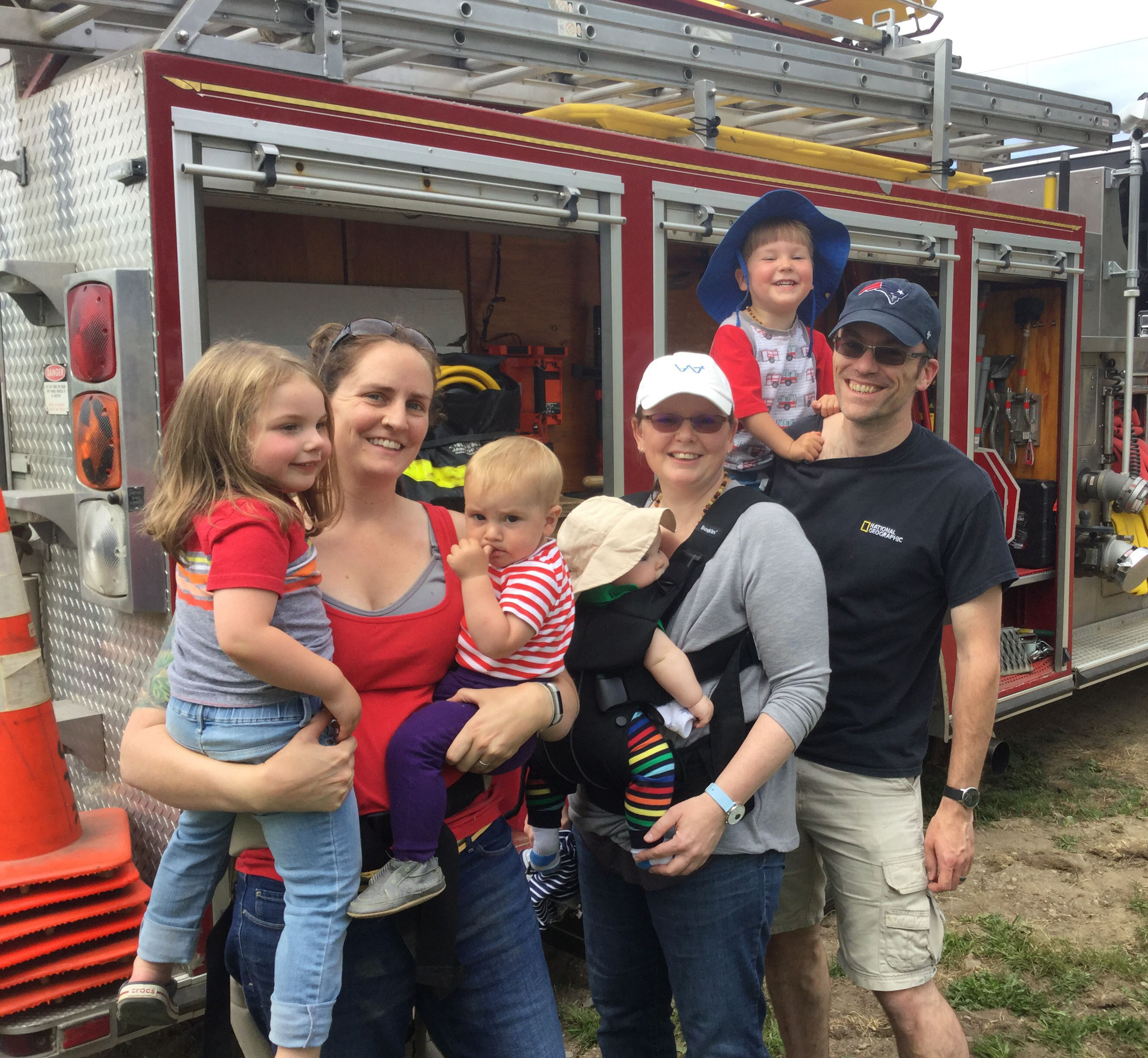 “We have the best community and surrounding communities that anyone can ask for,” he said. “I was glad to see so many year-long residents and summer residents come out to support these men and women that work so hard to selflessly protect us.”

Jefferson Fire and Rescue had to leave during the event due to three emergency calls. Shortly after setup around noon, a call came in for a woods fire that started due to sparks from arcing power lines.

After securing the scene and returning to Jefferson Scoop, the department displayed its trucks, taught fire safety to community members, and gave tours of the trucks.

At around 5 p.m., a call came in of a plane crash in Jefferson. Because members were at the Jefferson Scoop with their gear on and the trucks ready, they were able to be on the crash scene in under four minutes with over 15 members. 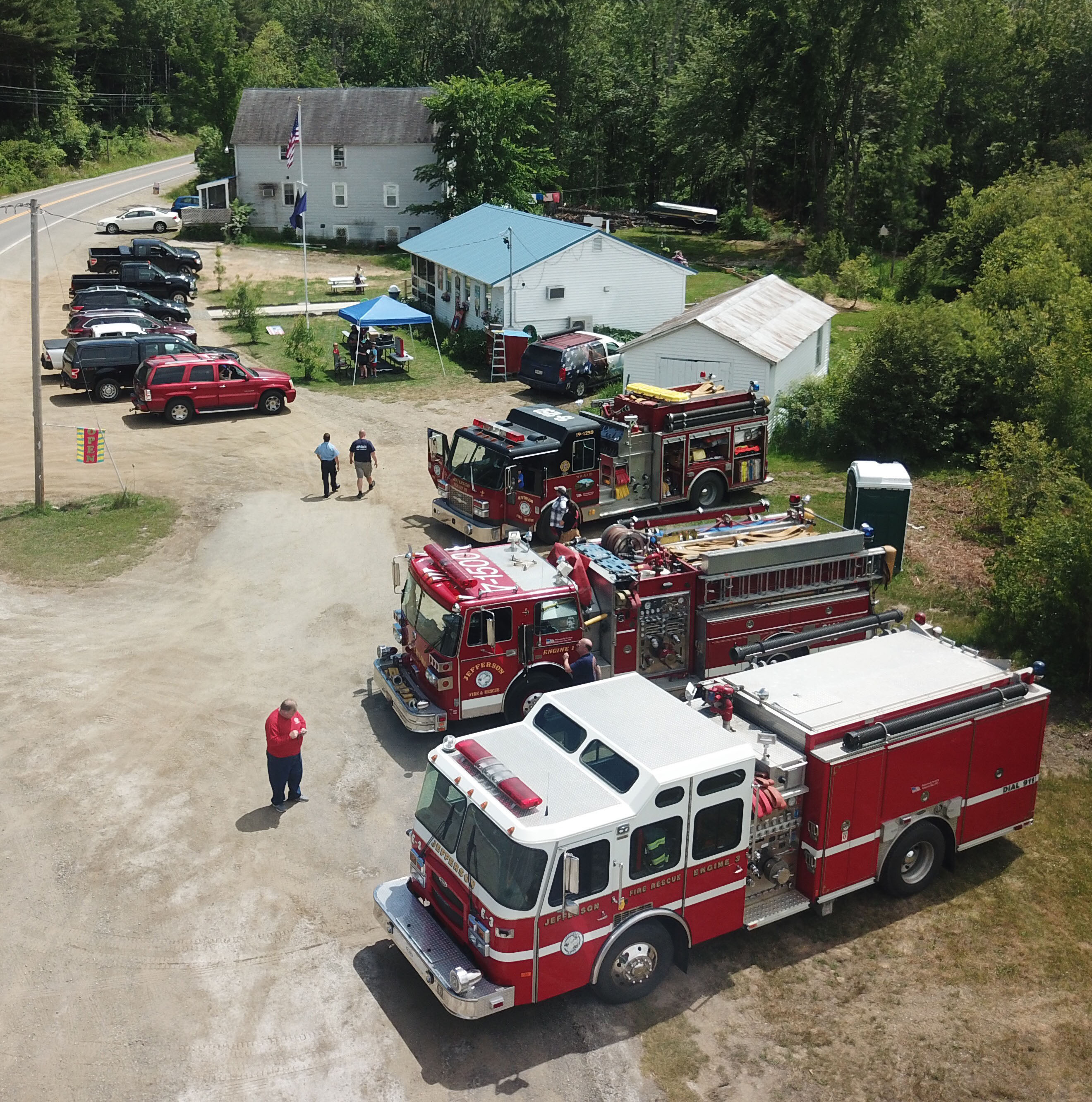 About an hour earlier, Holland had showed Morris his drone and they discussed how it could be used to help the department. Morris asked Holland to use the drone immediately at the crash scene to search for any injured people, for oil or fuel spills, for debris, and for an optimal evacuation route for the first responders and the occupants from the crash scene in a large swamp.

Before the day was over, the volunteers responded to a medical call.

“It was a crazy day in this little town. I’m very proud of our community and that so many people supported the volunteers today,” Holland said.

Morris said the department will use the proceeds toward equipment purchases.

“We could really use updated water rescue equipment and rope rescue equipment, and with so many mutual aid calls to surrounding towns and counties, we could also use GPS units for our volunteers to quickly locate scenes and addresses,” he said.

Jefferson Fire and Rescue will hold its 40th annual chicken barbecue at the firehouse on Route 32 at 11 a.m. July 7. Last year the barbecue sold out by 3 p.m.