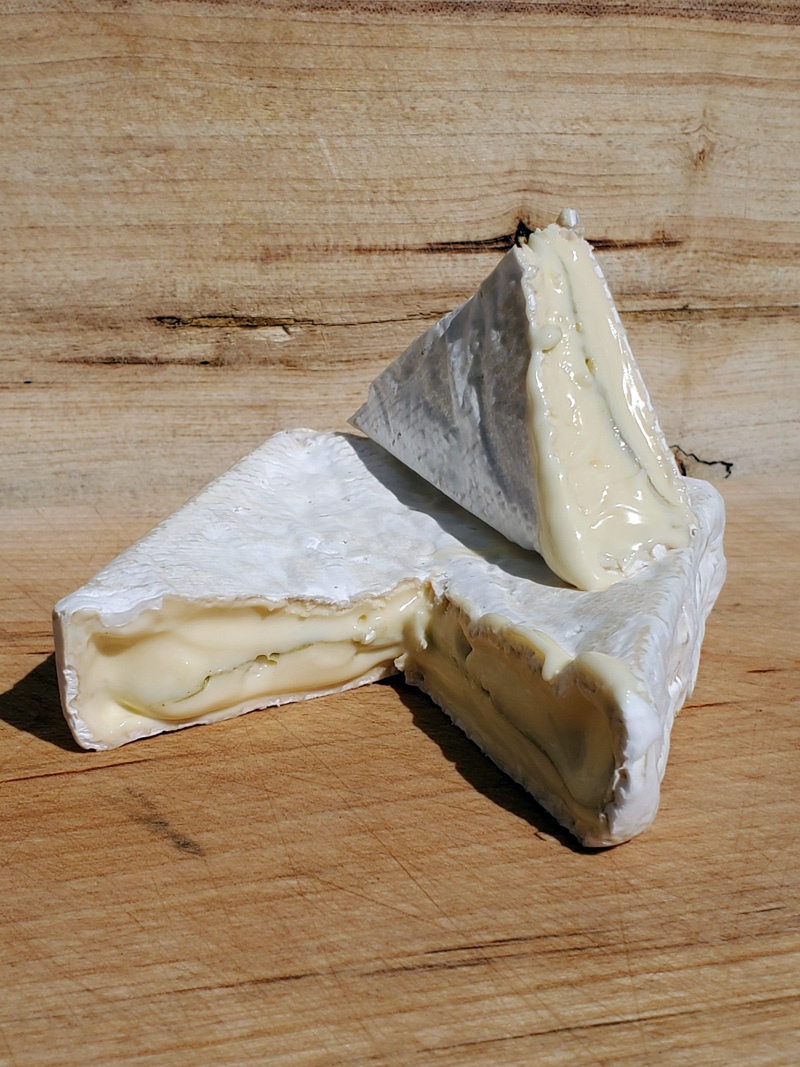 Yankee Magazine announced its 2019 Editor’s Choice Food Awards in November and selected Lakin’s Gorges Cheese’s “Rockweed” cheese as one of the top 10 foods in New England.

Allison Lakin started Lakin’s Gorges Cheese in 2011 and makes all original recipe cows milk cheeses. Since relocating to East Forty Farm in Waldoboro, a farmstead built on the banks of the Medomak River in 1774, she wanted to create a cheese that reflected the flavors of the area. This year she developed “Rockweed,” a soft ripened cheese with a ribbon of dried bladderwrack seaweed in the center.

“Eating it makes me think of oyster stew, with the creaminess blending with the brininess,” said Lakin. Made in a half-pound square, it is aged for a month and has a bloomy rind with a thin green ribbon through its center.

“I was contacted by Yankee Magazine in July and told that the cheese won their Editor’s Choice Food Award, making it one of the 10 best New England-made food products in 2019,” said Lakin. “Keeping it a secret until the magazine was published was torture! I am very honored to have had my cheese selected.”

The cheese is available in retail shops and restaurants around Maine, and can also be purchased in the East Forty Farm store, at 2361 Friendship Road in Waldoboro. Online orders for shipping nationwide can be placed at lakinsgorgescheese.com

Lakin’s Gorges Cheese was founded by Allison Lakin in 2011. She makes fresh and aged cows milk cheese at East Forty Farm in Waldoboro using Jersey milk from Springdale Farm and her own herd. At the farm they also raise whey fed pigs and offer cooking classes, monthly suppers, and farm stays.