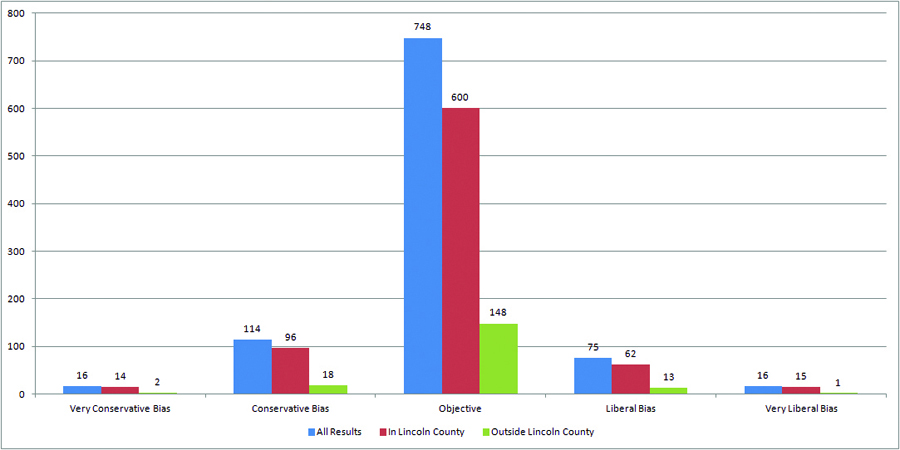 A graph shows readers’ response to a question about the objectivity of The Lincoln County News’ journalism. The overwhelming majority see the newspaper as objective, while small numbers believe it has either a conservative or liberal bias.

Readers of The Lincoln County News gave the newspaper high marks for objectivity, overall journalism, photography, and print quality in a recent survey.

The goal of the reader survey, conducted in October, was to help the LCN staff learn more about how the community interacts with the newspaper, the areas of coverage readers find the most interesting and engaging, and the community’s perception of the newspaper.

The survey was inserted into the Oct. 4 edition of The Lincoln County News and launched on lcnme.com Oct. 3. During the month-long period the survey was available, 1,048 people took the survey online or mailed back the paper copy.

The Lincoln County News has spent time since the survey compiling and analyzing results, and beginning to work on fixes for certain reader concerns.

The survey asked readers to give their age and town of residence, and answer questions about how often they read the newspaper, either in print or online.

Respondents were also asked what sections of the newspaper interest them the most and least, and how they would rank the newspaper’s journalism, photography, print quality, and objectivity. 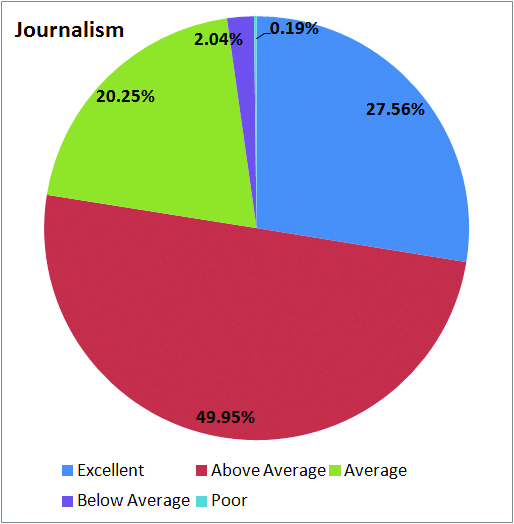 A pie chart illustrates readers’ responses to a question about the overall quality of journalism in The Lincoln County News. More than three-quarters, 77.5%, rate it above average or excellent.

For the questions about journalism, photography, and print quality, respondents could rate the newspaper as excellent, above average, average, below average, or poor.

Regarding photography, 79.4% of responders chose above average or excellent, while only 1% rated the LCN’s photography as below average or poor.

“It is encouraging to see the confidence and trust that readers have in The Lincoln County News, especially as trust in media overall remains at historic lows,” said J.W. Oliver, editor of the newspaper. “But our high ratings on objectivity and the quality of our journalism overall will not stop us from striving to improve the newspaper every week.” 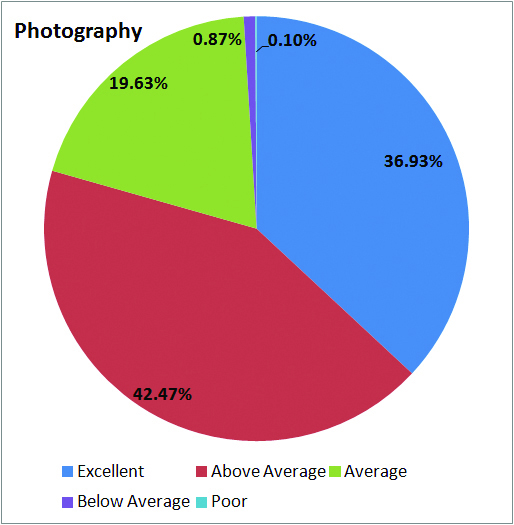 In a recent reader survey, 79.4% of respondents rated the photography of The Lincoln County News as above average or excellent.

Elsewhere in the survey, 70% of respondents said they have visited the newspaper’s website, lcnme.com, which crested 10 million views in February.

All respondents were asked if there was anything they would like to see more coverage or less coverage of, and for any additional comments. Hundreds of comments were received and dispersed for in-house review.

Oliver said he plans to select some comments to address in an editorial or series of editorials.

“I have read all the comments and I appreciate all the readers who took the time to give us thoughtful feedback,” Oliver said. “We take reader feedback seriously and will take it into consideration both in day-to-day decisions and as we evaluate potential changes and improvements.”

While the survey was ongoing, Maia Zewert, marketing and engagement coordinator at The Lincoln County News, contacted teachers and administrators at schools across Lincoln County to ask if their students would participate. Each teacher who agreed received free copies of the newspaper for all of their students.

A total of 165 students took the reader survey and provided their thoughts to the newspaper. 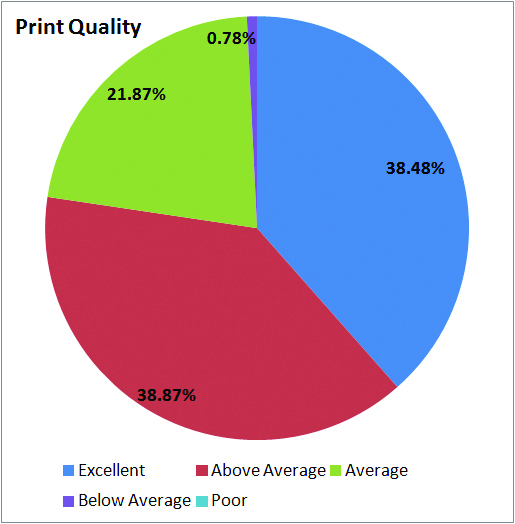 In response to a question about the print quality of The Lincoln County News, 77.4% of respondents rated it above average or excellent.

“Although we did not include the student responses with the general population while we were conducting the data analysis, we found the results incredibly insightful,” Zewert said. “We hope to regularly offer students the chance to voice their opinions on the newspaper and have more conversations regarding some of the ideas they provided.”

Overall, management deemed the reader survey a success based on the number of responses and the insight received.

“It was crucial to have facts on which to base decisions and formulate plans for the future,” LCN Associate Publisher John Roberts said. “We were very excited about how respondents rated the quality of the journalism, photography, and print quality. Everyone here works so hard to pull the paper together each week, and it was nice to see that those efforts were appreciated.”

In the meantime, Roberts welcomes continued feedback and comments from the community.

“We are committed to promoting and preserving the Lincoln County area and appreciate all of the feedback that will help us grow with the community into the future,” Roberts said. “Even though we may not be running a survey on a regular basis, we value any and all feedback that we receive. If anyone has comments or concerns, they can always call the office at 563-3171 or email info@lcnme.com.”