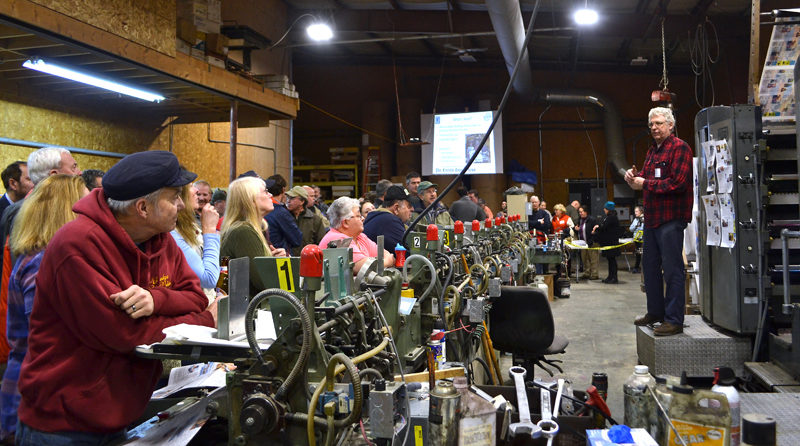 The company, which publishes The Lincoln County News, has long been a supporter of Skidompha Library in Damariscotta, and most recently sponsored the library’s Owl Cinema for the month of April.

For 2018, Lincoln County Publishing is one of the lead sponsors of Skidompha’s Community Read, during which readers will dive into New York Times bestseller “Blood, Bones & Butter” by chef Gabrielle Hamilton.

Skidompha Library announced the book’s selection in the Farm and Table issue of Lincoln County Magazine, which is also published by Lincoln County Publishing Co.

“As I’ve said before, as a local business, we feel it is not only important, but necessary to support other local organizations,” said Chris Roberts, publisher of The Lincoln County News. “With the relationship we have with Skidompha Library and the importance of their programs in the community, it made sense for us to partner with the library to help kick off their event while also offering our readers a behind-the-scenes look at how we make the newspaper each week.”

“Skidompha is delighted to have Lincoln County Publishing Co. as one of our lead sponsors for the Community Read,” said Torie DeLisle, director of development and communications at Skidompha Library. “Their deep connection to the community and their ability to reflect the identity of who we are is a natural fit for our theme of food, community, and identity. We understand ourselves partly through the eyes of The Lincoln County News, and I’m told Paula Roberts makes a mean homemade doughnut to boot!”

The open house will begin at 5 p.m., Wednesday, June 27 at the publishing company’s headquarters, 116 Mills Road, Newcastle. Mark Doe, of Louis Doe Home Center, has graciously agreed to allow open house attendees to park at his store if necessary.

In keeping with the themes of the Community Read, Lincoln County Publishing Co. has reached out to local food vendors to “pop up” during the open house. SugarSpell Sweets owner April Morrison will be at the event, along with a collection of her confectionary creations for purchase. More food vendors will be announced as the event gets closer.

During the evening’s festivities, visitors will hear from DeLisle about the Community Read and the six weeks of discussions, cooking contests, and other activities to celebrate the book. The library will also give out copies of “Blood, Bones & Butter” while supplies last.

The publishers will demonstrate how the newspaper press works by printing a special section exclusively for attendees of the open house. The section will include a timeline of the newspaper’s history, information about new and ongoing projects, and biographies of the publishing company’s employees.

After the open house, Skidompha Library will host a wine reception in Porter Hall starting at 7 p.m., followed by a showing of “Newsies,” a 1992 film loosely based on the newsboys’ strike of 1899.

Lincoln County Publishing Co. is a family-owned, full-service print shop that has been in business for more than 100 years.

For more information about the open house, call The Lincoln County News at 563-3171 or email info@lcnme.com.