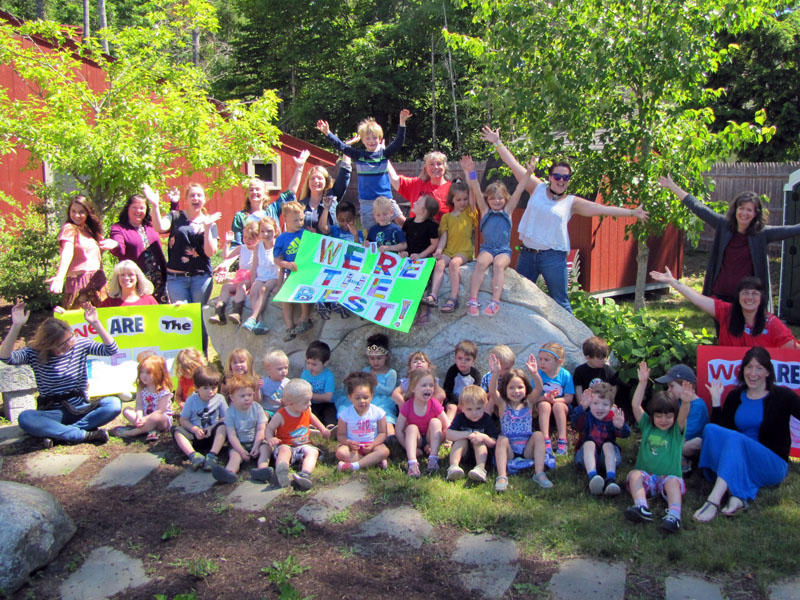 Coastal Kids Preschool celebrates after being selected by readers of Down East Magazine as the top preschool in Maine. (Photo courtesy Mimi Reeves)

Readers of Down East magazine selected more than 20 Lincoln County businesses, organizations, and locations for the publication’s annual Best of Maine list.

Winners of the Best of Maine awards are selected in one of two categories: Readers’ Choice or Editors’ Choice. Ideas for the annual Editor’s Choices are collected throughout the year as the magazine’s editors and contributors travel the state. The Readers’ Choice nominees are voted on by Down East readers.

In the Home & Style category, Renys, of Newcastle, was once again selected as Best Bargain Store, while Sherman’s, which has locations in Boothbay Harbor and Damariscotta, was named Best Bookstore. Women of Substance, of Damariscotta, won Best Boutique, while readers voted Dow Furniture, of Waldoboro, to be the Best Furniture Store. Knickerbocker Group, of Boothbay, was named both Best Architect and Best Builder/General Contractor, while Moose Crossing, of Waldoboro, tied with Skillins, of Cumberland, for Best Nursery.

The full list of Best of Maine winners is in the July issue of Down East.