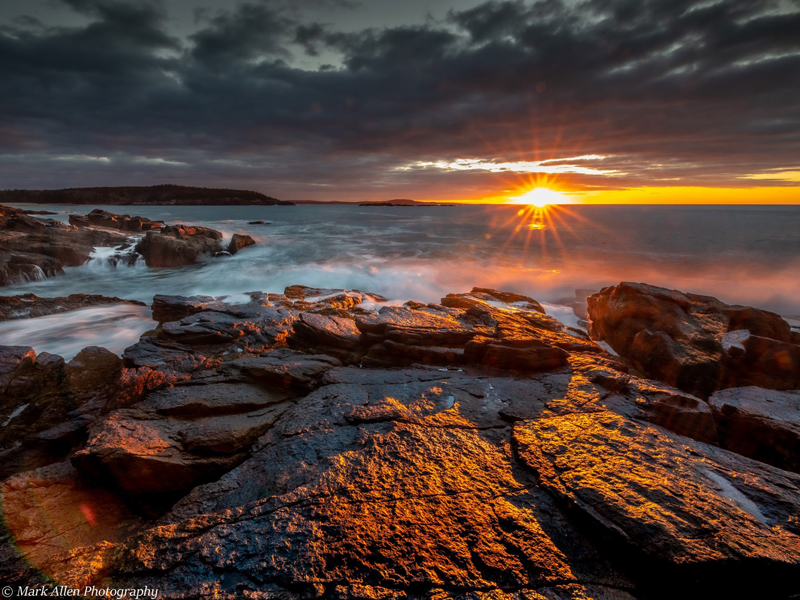 Nature photographer Mark Allen, of Newcastle, loves spending his free time traveling the back roads of Maine in search of the perfect shot. Some days he spends 12-18 hours bumping along dirt roads at a snail’s pace, looking  for wildlife in every clearing and every brook, bog, and pond along the way. 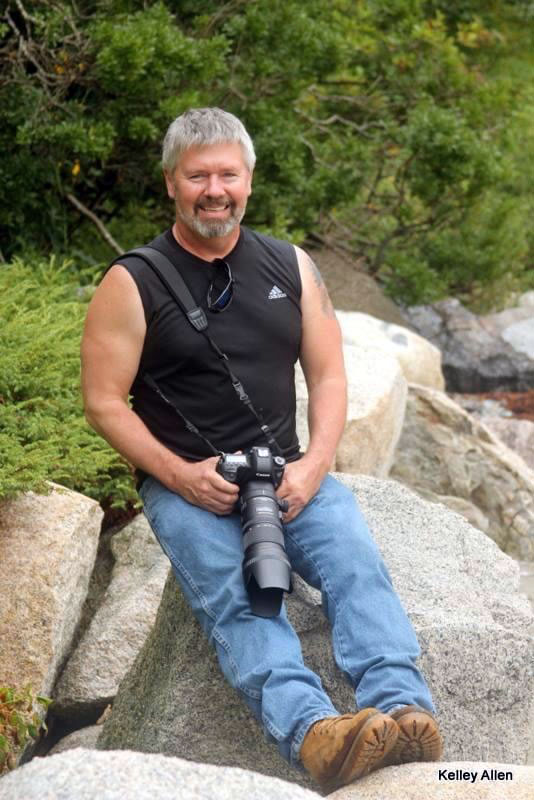 His father, Steve, loved the outdoors and loved to photograph it. Steve had his own darkroom and instilled a love of photography and love of the great outdoors in his son. Steve gave Mark his first camera, a Brownie box camera, at age 11.

Mark can remember the very first picture he took with his Brownie. The Allens lived on Davis Stream in Jefferson.

“We had a winter flood and the field behind Wilson’s was flooded and frozen. I took a picture of Keith Mellon skating on it,” Mark said of his first photo. From there he skated up Davis Stream and took pictures of a beaver house, his first nature shots.

On a trip to Trout Brook in Baxter State Park, his father spotted a cow moose moving up the river. He handed his 35 mm Miranda SLR to 13-year-old Mark and told him to go into the alders and wait so he would get a picture of her. Instead, the moose got wind of Mark and almost ran him over.

Steve took Mark and family on many outdoor adventures and created memories of a lifetime.

“My dad got me into moose photography. He took us up to Katahdin Iron Works on Silver Lake, where there were moose in the pond every morning. We used to see 40 moose on a trip back then. He would encourage us to paddle out to the moose,” Mark said.

Steve’s advice to his son was “to always put something in the foreground. That was his biggest advice. And never center your subject, instead, make the lines go to your subject,” Mark said.

On one adventure, Mark and his brother Mike spotted a moose while driving. They followed a cow moose and calf out behind a peat moss pile. “We went behind the pile and when we came out, she was chasing us,” Mark said.

“I always have my camera stuff with me. Typically that is what happens — you just come across something,” he said. 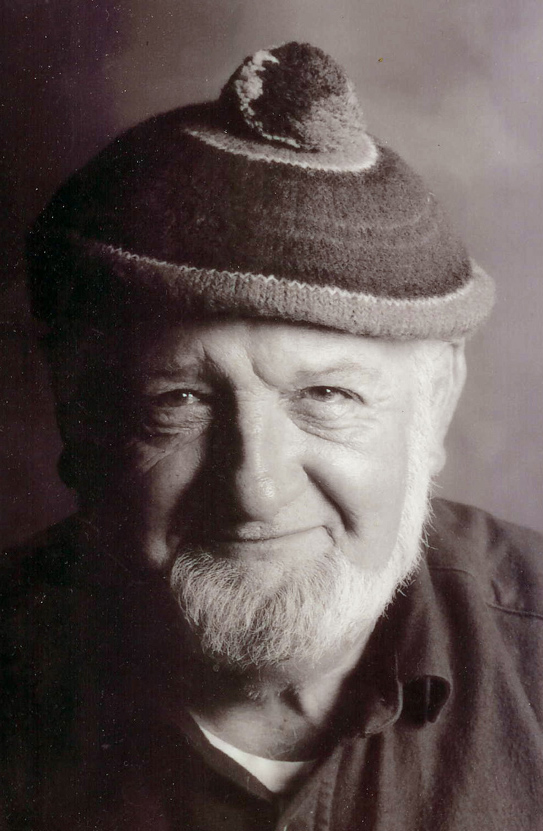 A short time after his father passed away, Mark felt his father was with him on a kayak trip on the Penobscot Dead Water off the Golden Road. “I saw a loon on eggs, a moose with her baby, a bear, fisher, otter, and a deer in the road with the sunlight behind her. It was like everything came out the spring after Dad died,” Mark said.

While he dabbles in portraits and still-lifes, Mark prefers to shoot wildlife, scenery, and “anything outdoors.” His favorite scenic shot is of fall foliage at Sandy Stream Pond in Baxter State Park. “The leaves are orange and yellow, with clouds above Mount Katahdin,” he said.

His two favorite wildlife shots were both taken at Yosemite National Park. One is of a coyote lying down at the base of a redwood, “just relaxing,” and the second is of a doe and newborn fawn.

He spotted the doe the night before in a meadow next to where he was staying.

“She was very plump and not moving much. I thought she was going to deliver soon,” Mark said. When he woke up the next morning to “use the facilities” in the woods, he spotted the newborn fawn and mother.

“I ran back in my underwear to get my camera, then ran back into the woods and got a picture of the baby nose to nose with the mother. It was 5 a.m.,” he said.

The trip to Yosemite was extra-special to Mark because it was the former stomping grounds of renowned nature photographer Ansel Adams, whose work he greatly admires.

Mark said the most fun he has had taking pictures was at Loudon Speedway in New Hampshire. He was hired by the Shriners to take pictures of them, which got him a pass to the infield.

“I stood on top of a box truck and had a 360-degree view of the track,” he said. “Before the race I walked up and down the pit and took pictures of all the cars. An official yelled at me, but I just smiled and waved like I was supposed to be there.”

Another favorite assignment was shooting a kayak race at Small Falls in Madrid.

On one trip to Katahdin Iron Works, he came up to a cow on the side of the road.

“I wanted to get as close as I could so her eye was the center of the picture. I walked within 8-10 feet. Her ears were tucked way back. I thought she was being shy,” he said.

Mark later read advice from Baxter State Park photographer Bill Silliker, who said that if a moose’s ears are back, it is mad and ready to pounce.

Mark spends pretty much all his spare time shooting. While he offers his pictures for sale on Facebook, SmugMug, and his website, he considers it a hobby. He has been taking pictures for 45 years, and now his wife and four children, Michael, Ashley, Kaitlin, and Logan, enjoy taking pictures too. Of his children, only Logan will go on long driving adventures to the North Woods.

Mark and Logan have recently gotten into drone photography as well. “It is fun and gives quite a different perspective. Typically I like to get sunrises, clouds, and fog, especially on the river, and foliage in the fall,” Mark said.

A favorite family photo of Mark was taken by his daughter Kaitlin on top of Old Speck Mountain in Grafton Notch State Park. A gray jay was eating trail mix out of their hands when Mark got the idea of putting a cashew in his mouth. Kaitlin caught the moment on film when the bird plucked the cashew from his mouth.

“Photography was something handed down to me from my father,” Mark said. “He taught me all the rules and so many tricks back in the time of film, which (are) so easily applied to digital. This is my hobby, my passion, my joy, especially when what I capture puts a smile on, or brings a happy tear. I love sharing the great outdoors with all that enjoy seeing what I see,” Mark said on his website.