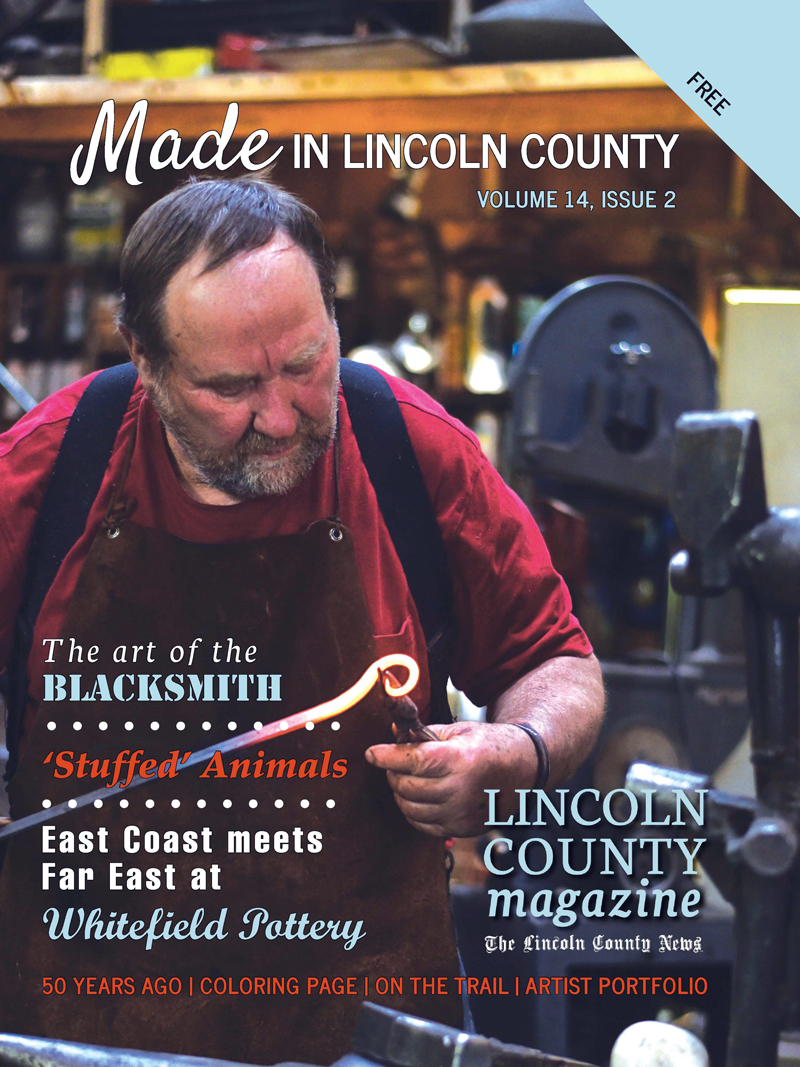 The issue will include features by the editorial staff of The Lincoln County News about artisans and makers in the county, as well as reoccurring features, such as the “50 Years Ago in Lincoln County” and “On The Trail” columns, a portfolio from a local artist, and a coloring page.

Christine LaPado-Breglia, the newspaper’s arts and lifestyle editor and the magazine’s editor, contributes two features to this magazine, the first taking readers behind the scenes of Andy Leck’s Bristol blacksmith workshop at Scottish Lion Wrought Iron. LaPado-Breglia’s other feature revolves around Libbey Seigars, the “one-woman creative force” behind Whitefield Pottery.

In addition to appearing in local copies of The Lincoln County News, Lincoln County Magazine will be available at many area businesses and visitor centers.

Five issues of the magazine will be published from May through September, and each edition has its own theme: Farm and Table, Made in Lincoln County, Live from Lincoln County, Outdoors, and Live Well.

Farm and Table, which was released May 24, is in distribution and will be available on lcnme.com in the upcoming weeks.

For more information or to advertise in Lincoln County Magazine, call 563-3171.