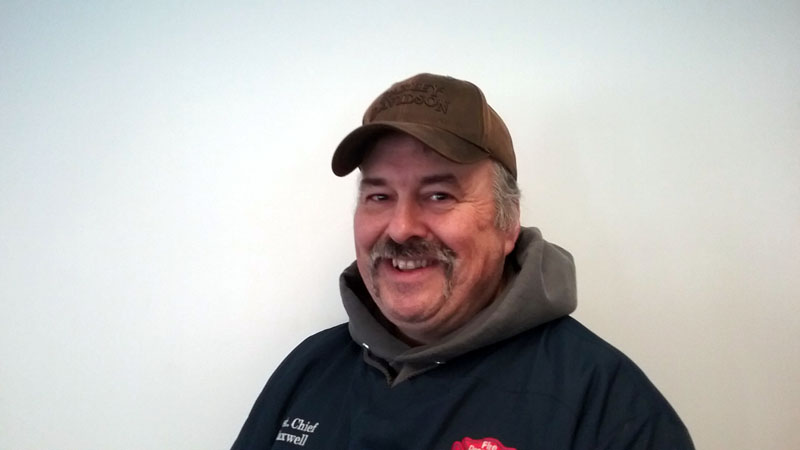 Earlier this year, the Waldoborough Historical Society nominated Vice President Bill Maxwell for inclusion on the 2017 Maine Volunteer Roll of Honor. The honor roll is a part of the Governor’s Awards for Service and Volunteerism program. Notification of Maxwell’s acceptance was received this month, and he was presented a certificate, two tickets to a Portland Sea Dogs baseball game, and a pin by President Jean Lawrence at the Waldoboro Volunteers Recognition event on Saturday, April 22. His name was included on the list published in the Bangor Daily News, and he was recognized at the Sea Dogs game on April 25. Maxwell’s volunteer hours for the past year totaled more than 635.

Maxwell led the creation and sale of the Waldoborough Historical Society’s first 18-month calendar, guided the creation of all exhibits in the barn and photo exhibits in the Hauck/Bailey Building, oversaw the surface work on the driveway, and spent hours welcoming guests. In addition to his volunteer work, Maxwell is the assistant chief for the Waldoboro Fire Department and works full-time for The Jojoba Company. He is the son of Becky Maxwell and the late Charles Maxwell.