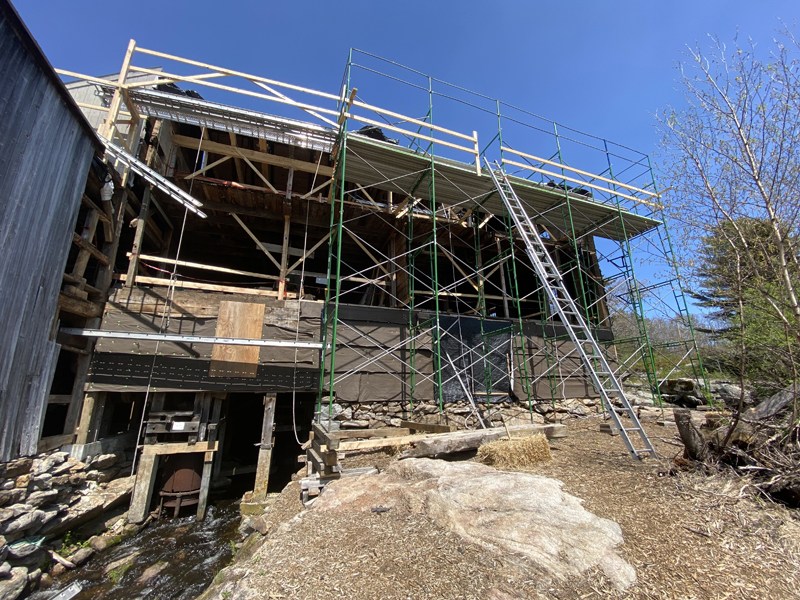 The west wall of the Mill at Pemaquid Falls is temporarily removed for extensive repairs. (Courtesy photo)

Ever notice how on all those home improvement programs, there’s always some unanticipated surprise that’s going to make a challenging job even more challenging? Like those TV shows, the Old Bristol Historical Society’s restoration of the Mill at Pemaquid Falls has had its share of surprises.

A case in point is the west wall where extensive rot in the posts and beams was not discovered until last June. The wall has been temporarily removed as new mortise and tenon framework are created by Blaiklock Carpentry, of Woolwich, which specializes in historical preservation. Blaiklock Carpentry is using both new and old timbers to create the new frame largely by hand.

The rebuilt wall should be in place by the end of June. After that, it will be reshingled. When the mill is fully restored and visitors are allowed, the windows in the west wall will offer a bird’s-eye view of the falls that give the mill its name. 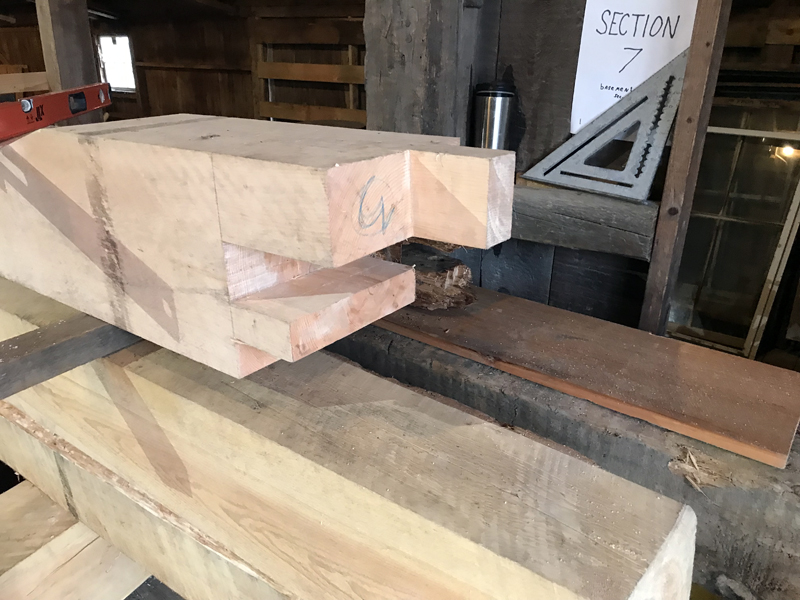 Blaiklock Carpentry is rebuilding the frame for the west wall using techniques that honor the mills 19th-century origins. (Courtesy photo)

The wall’s reconstruction is part of the Old Bristol Historical Society’s ongoing restoration of the 19th-century mill. After a successful fundraising campaign in 2019-2020, work began clearing out the building which most recently had been Poole Brothers Hardware and then Hammond Lumber. A second fundraiser in 2020-21 allowed Blaiklock Carpentry to start structural repairs.

Workers made their way around the mill repairing or replacing major support timbers. But in June 2021 they discovered that the west wall had a greater problem with rot than anticipated. Progress stopped until Blaiklock could return in March 2022 and begin to remove and rebuild the wall.

For more information, go to oldbristolhistoricalsociety.org.