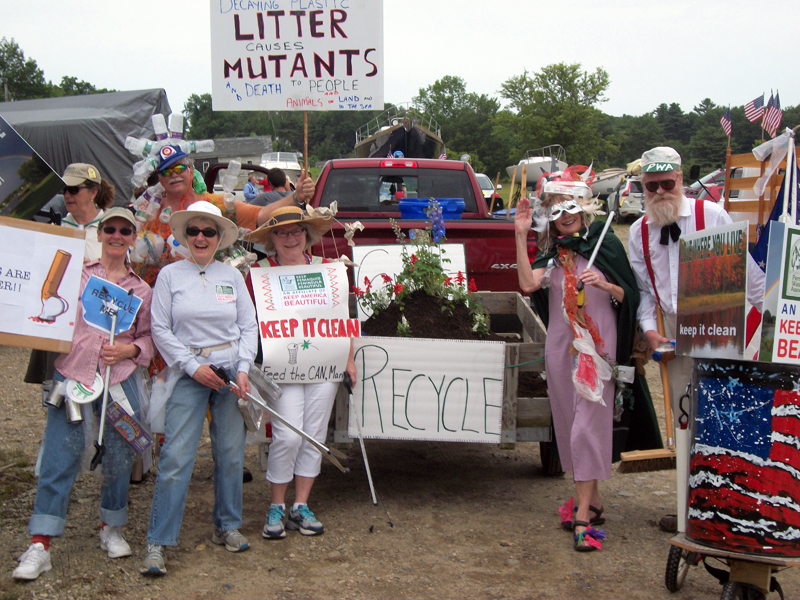 Anyone planning a litter cleanup on Earth Day, April 22 is invited to share the fruits of their labor with a new Lincoln County group of volunteers trying to get single-use plastics – “S.U.P.” — out of the streams, estuaries, rivers, lakes, fields, and roadsides. A new volunteer group called kNOw S.U.P., which aims to drastically reduce people’s reliance on single-use plastics, is requesting all organizations planning beach cleanups this April to make a list of the five most common plastic items they find. Will it be bottles, straws, or the single-use plastic bag?

The information collected will help volunteers pinpoint which of people’s plastic habits is causing the most pollution in local waters and the environment. This will build a more accurate picture of what needs to be dealt with most urgently and what needs to be done in order to replace them with environmentally friendly alternatives. The group is also accessing data from statewide groups that have been tracking trash along Maine’s shores for years.

One group that will definitely be supporting the effort is Pemaquid Water Association’s cleanup experts, better known as the Trash Chicks. They will be holding their annual Elmer Tarr Bristol Litter Pick on Saturday, April 28. Group member Lynne Gilbert said, “We’ll try to find out what the five top plastic items are. After years of doing these cleanups, I’d bet on single-use bottles, and coffee cup lids and straws!” 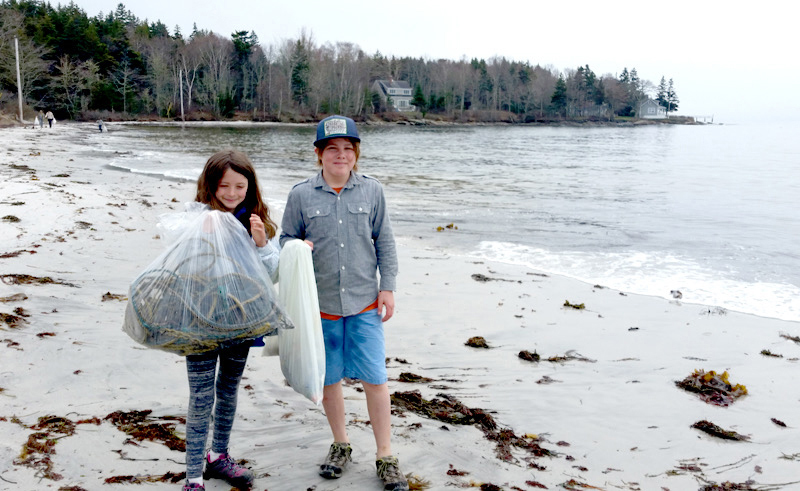 Anna Lupien and Jonas Stepanauskas bring in their haul of garbage found on the beach.

Whereas once beachcombing was harmless fun for kids and artists alike, today people are more likely to bring in a haul of plastic bottles, plastic lids, and straws than driftwood and shells. The plastic that people use once and then throw away lives forever, first as water and land-based litter, deadly to wildlife — then, when it has broken down, as microplastics that attract and absorb toxic chemicals that enter one’s food and water.

Julie Lamy, a kNOw S.U.P member, pointed out that the problem of plastic in the water is closer to home than one may think. “Studies by a Stonington microplastics scientist, Abby Barrows, revealed microplastics prevalent in her Gulf of Maine fish studies,” she said. “And a 2017 Orb Media study of microplastic contamination in tap water showed that the U.S. had the highest contamination rate at 94 percent, higher than the international average of 83 percent. Scientists are just beginning to study the human health implications of microplastics.”

Although several local groups are planning to go out on Earth Day itself, the cleanup doesn’t have to be exactly on April 22 — any upcoming event will work just as well. Once the cleanup has finished, one should email the results and photos to kNOw S.U.P. at knowsingleuseplastic@gmail.com. Those interested in more information or those would like to become involved in this work are asked to please reach out to the group.