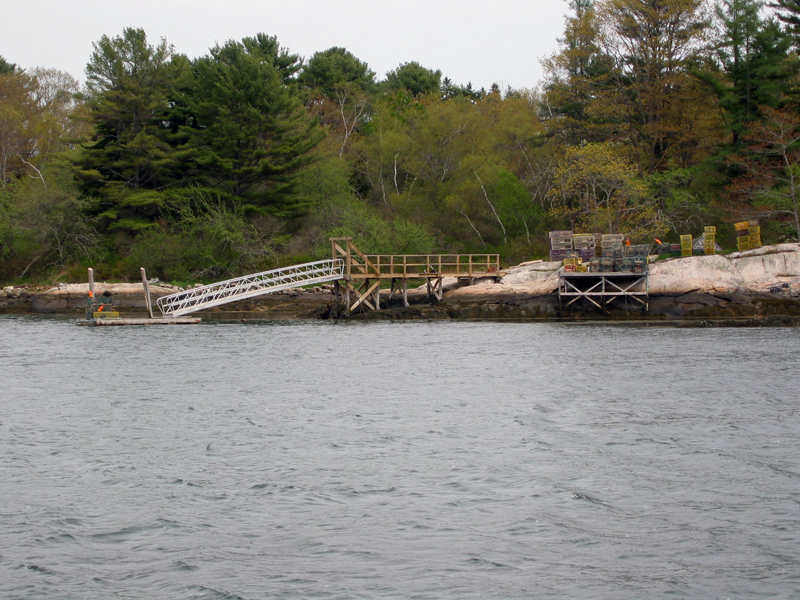 Roberts Wharf is one of several locally conserved sites that support the working waterfront. Boothbay Region Land Trust partners with local lobstermen to store traps and access the water.

All Mainers should be interested in a report recently issued by the Maine Land Conservation Task Force titled “Shaping the Next Generation of Land Conservation in Maine.” The task force comprised a diverse range of interests and perspectives, including state legislators, town managers, sporting groups, ecologists, Indian nations, land trusts, and tourism experts. Addressed to the people of Maine, the report makes a series of recommendations to governmental units and recreational and environmental groups about the revitalization of land conservation necessary to meet the future needs of Maine’s citizens.

Maine’s new governor, Janet Mills, has said her administration will work with the task force to protect Maine’s natural resources, and bills have already been introduced in the Maine Legislature to implement some of the report’s recommendations.

The task force continued the work of two earlier panels, in 1986 and 1997, which also issued reports about how to protect Maine’s unique environment. In response to these previous reports, the Land for Maine’s Future program was created and Maine’s permanently protected lands have increased four-fold, from 1 million acres under protection to more than 4 million acres.

The report describes how Maine’s more than 75 land trusts have been critical to conservation by acquiring the majority of newly preserved land in Maine over the last 30 years. This network of land trusts now protects more than 1 million acres of land, but in doing so has incurred a huge stewardship obligation, as that land is to be preserved in perpetuity.

The new report contains many surprising findings and wide-ranging recommendations. One of its more startling findings is that the maintenance of Maine’s state park system has been ignored for so long that there is now a $50 million backlog of needed infrastructure repairs to roads, buildings, and bathrooms, etc. It also notes that no new significant facility, such as a campground, has been built in the state parks for more than 40 years.

Among the action items recommended in the report is to issue $75 million of new bonds under the Land for Maine’s Future program, which can be leveraged and combined with other available state and federal funds to acquire, maintain, and protect land and working waterfront.

Among the report’s six key recommendations are to “create land conservation opportunities that connect people with land and water” and to “ensure that land conservation benefits Maine’s economy and communities.” Such recommendations expand the concept of land conservation well beyond simply preserving land in its natural state. Rather, the task force proposes that proper stewardship of Maine’s natural resources includes integrating its traditional uses of forestry, farming, fishing, and tourism in balance with land preservation. As one fisherman succinctly put it, “You can’t eat scenery.”

It is no secret that the vast majority of tourists visit Maine for its abundance of spectacular natural scenery — unspoiled coastline, sparking lakes, majestic mountains, remote rivers, waterfalls, wildlife, and more. According to the Portland Press-Herald, in 2017 more than 36.7 million tourists visited Maine, spending more than $6 billion. That averages to more than $16.4 million spent by tourists every day of the year.

Thoughtful stewardship of Maine’s natural scenic beauty is critical to the health of its tourism industry. Yet the report finds it is just as important to take into consideration the legitimate interests of all users of the state’s natural resources who rely on those resources for their livelihood. Furthermore, the report points toward how to accomplish that goal while simultaneously ensuring that these resources remain intact and viable for future Mainers and tourists.

Regardless of one’s take on this multifaceted issue, reviewing the report can inform one about what’s next for land conservation in Maine. The full report can be found online at maineconservationtaskforce.com.

(Hal Moorefield is the president of the Boothbay Region Land Trust Board of Directors.)