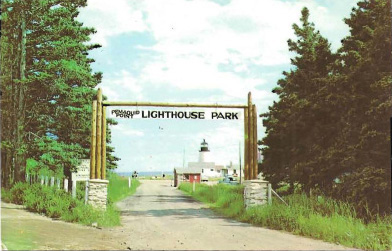 The Fishermen’s Museum at the Pemaquid Point Lighthouse Park will open May 4. Since 1972, the museum has focused on preserving the fishing and marine heritage of the Bristol area with displays, models, dioramas, and photographs.

As it enters its 50th anniversary year, the Fishermen’s Museum Board of Directors would like to acknowledge the foresight and support of the original founders of the museum, the numerous residents who donated so many of the artifacts on display and the hundreds of volunteers who contributed so much over the past 50 years.

Through the early efforts of Hilda Libby, Mano Orrick, Ed and Betty Osolin, Albert Curtis, Harold Small, Bob Reed, Alice Potter, Rufus Wroth, Bo Stockmann and Elaine Hart, among so many others, museum displays were built and artifacts collected. The Fishermen’s Museum is, and remains, truly a community effort.

The first exhibit is the Navigation Room where an old Fresnel lens similar to the working one presently in the lighthouse is displayed, along with photos and charts showing all of the lighthouses along the Maine coast.

In the Fish House Room, there is a make-or-break three-horsepower engine, the first form of power other than sheer muscle used by lobstermen. It was introduced in the early 1900s and many lobstermen distrusted it, always carrying oars that they could use to help the engine along.

A really handsome spot in this room is the corner that contains the “tools of the fisherman,” displayed around a replica of an early fish house workshop. Here are many of the original tools used to make the wooden traps and other fishing gear that were commonly used 100 years ago.

The Net Room is a showcase for fishing tools: Nets, implements, and traps used for harvesting at sea. It has a model of a fish weir, first used by Native Americans and then in general use in Nova Scotia by the 1700s. The weir came to Maine about 1820 and has been used here ever since. This model is in memory of Courtland Brackett, a former fisherman from New Harbor. There are also models of fishing boats, lobster boats, and smaller boats, all donated by fishermen or their families.

In the Gallery Room, among all the old photographs is a series honoring Harvey Gamage, master boat builder of South Bristol along with photos of the launching of the schooner Harvey Gamage. Also, articles and photographs of the shipwrecks, starting with the Angel Gabriel in 1635, along with a copy of Richard Mather’s writings of his own voyage on the accompanying ship, the James, which rode out the storm at the Isle of Shoals.

An annual scholarship has been awarded since the 1980s and is open to Bristol students pursuing careers in marine-related activities, such as boat building, fishing, marine ecology and biological studies, engineering, history, or other maritime fields. Information about the scholarship and applications can be obtained at the Lincoln Academy guidance office or downloaded at thefishermensmuseum.org.

A museum poster suitable for framing is available for a suggested $5 donation.

Museum hours are 9 a.m. to 5 p.m. daily during normal Lighthouse Park operation and while admission is always free, donations help preserve the local heritage. All donations go towards artifact restoration and maintenance with the balance donated to the town of Bristol. Including 2021 contributions, the museum has donated $274,305.00 since its founding in 1972.

Visit thefishermensmuseum.org for more information about the museum.