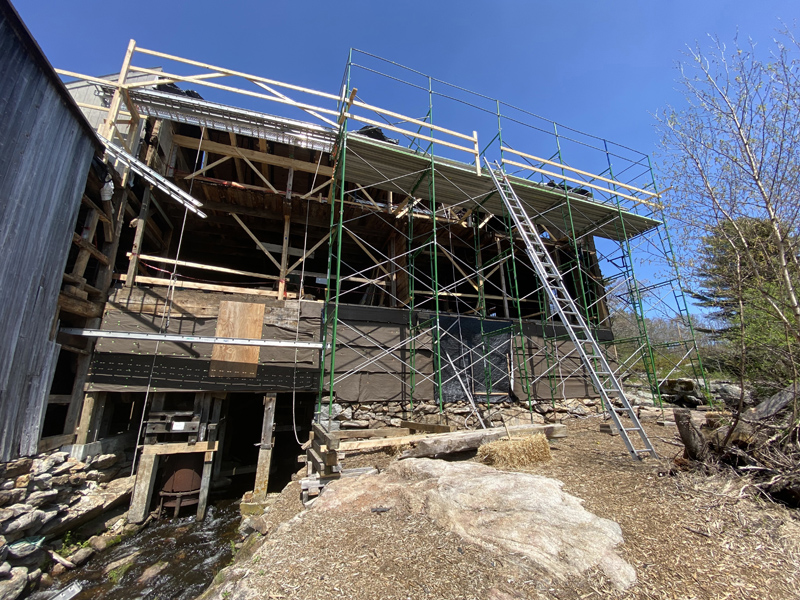 Due to extensive rot, volunteers removed the original west wall of the mill at Pemaquid Falls. A replica of the original structure was built, installed and reshingled, using a classic New England technique. (Photo courtesy Old Bristol Historical Society)

As the “before” and “after” pictures show, the Old Bristol Historical Society’s restoration of the mill at Pemaquid Falls has taken a major step forward with the reshingling of the west wall.

Due to extensive and previously undiscovered rot, the wall was first removed in May while a replica of the original mortise and tenon structure was built largely by hand. Then, using the classic New England shingle-style construction, the wall was rebuilt. 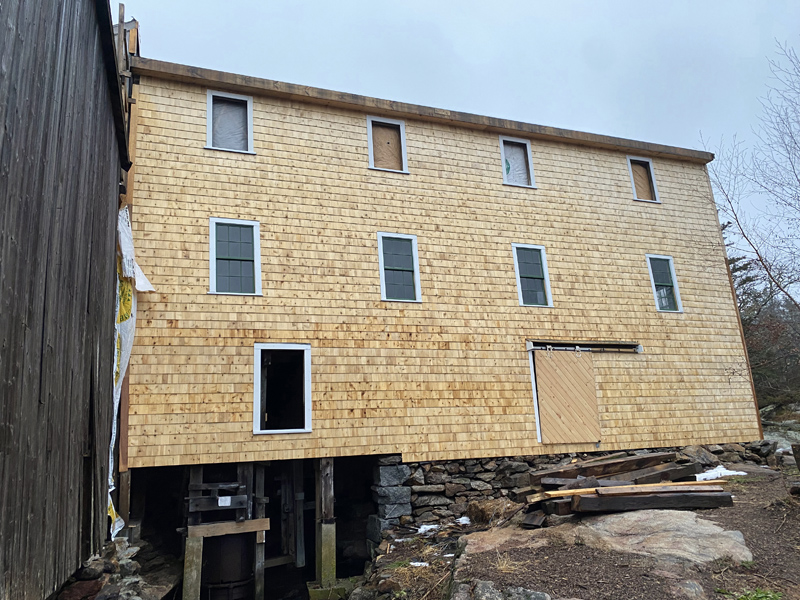 Roger Panek made the windows with recycled sashes that replicate the originals with some most likely dating back to the 1800s. He also rebuilt the sliding door. It, too, was undiscovered until the old siding was stripped off. Its original use remains unknown.

In addition to Panek, other local volunteers include Phil Averill, Brad Tannebring, and Clayt Chapman.

Over the winter, work will continue on structural issues and new windows for the upper floor. When the mill is fully restored and visitors are allowed, the windows in the west wall will offer a bird’s eye view of the falls that give the mill its name.

For information on helping or volunteering at the Mills at Pemaquid, go to  oldbristolhistoricalsociety.org.