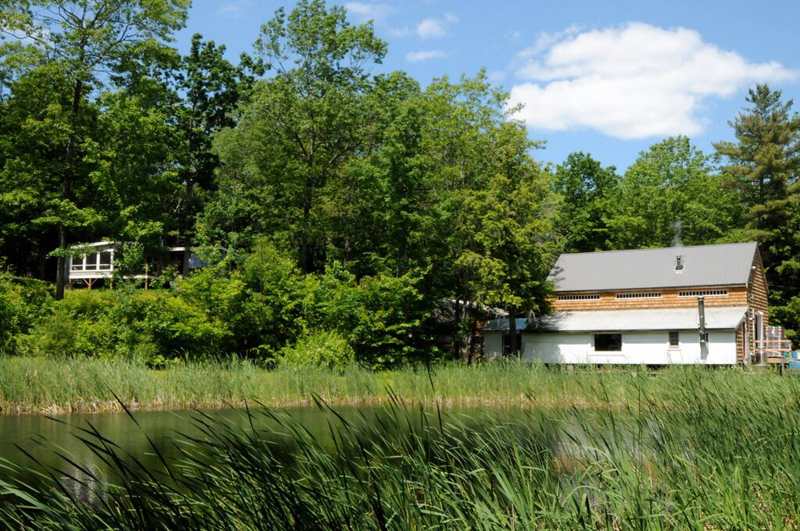 The mission of Oxbow Brewing Company is to utilize the creation of unique, complex, and refreshing beer as an opportunity to build culture and community — and what better way to achieve it than by providing fresh draft beer, live music, locally sourced food in support of local conservation efforts! Oxbow Brewing Company will host live music events this summer at its tasting room in Newcastle as well as at the Damariscotta River Association’s Darrows Barn at Round Top Farm.

Every other Friday throughout the summer, the brewery will feature free live music and food for purchase from local food trucks at the tasting room in Newcastle. On Friday, June 30, Married with Chitlins will perform, and the Burgers & Freys food truck will be on site. Married with Chitlins is the acoustic music duo of Liz and Chris Lannon that performs traditional American music, old-time country and blues, some jazz standards, and Celtic reels and jigs. The band features mainly guitar and fiddle with a strong female lead vocal with harmonies. Burgers & Freys is at the Newcastle tasting room every Friday, except the first Friday of the month, when Uproot Pie Co. is on-site to serve up pizzas from its wood-fired mobile oven.

In July, Oxbow Brewing Company will host two concerts in support of the Damariscotta River Association and its local conservation efforts in the Darrows Barn at the Round Top Farm in Damariscotta. On Thursday, July 6, the brewery will present an evening of bluegrass with local Maine band Puddn’head. Oxbow Brewing Company fans will recognize the band’s music from the annual Goods from the Woods festival on the third Saturday of October.

The concert on Thursday, July 20 will feature Muddy Ruckus, an Americana-rock duo from Portland. The stripped-down power duo features guitarist Ryan Flaherty and percussionist Erika Stahl. The band blends rootsy guitar and edgy percussion on a suitcase drum kit, and is known for a full rock-band sound despite the group’s duo status. Muddy Ruckus’ music is seasoned with the salt of old Eastern ports, backroad electric grooves, and the mud of the Mississippi River, where Flaherty grew up. The New York Music Daily calls Muddy Ruckus “darkly inventive Americana.” Muddy Ruckus was awarded “Best in State of Maine 2016” by the New England Music Awards, and has been recently nominated for 2017 Roots Act of the Year by the New England Music Awards. The duo’s second album, “Pretty Bones,” was awarded 2016 Album of the Year by Red Line Roots.

Doors open at 6 p.m. for both shows and the music starts at 6:30 p.m. There is a $5 cover charge at the door, of which a portion will be donated to DRA. Oxbow Brewing Company will sell and serve fresh draft beer, and a local food truck will also be on site with food service.