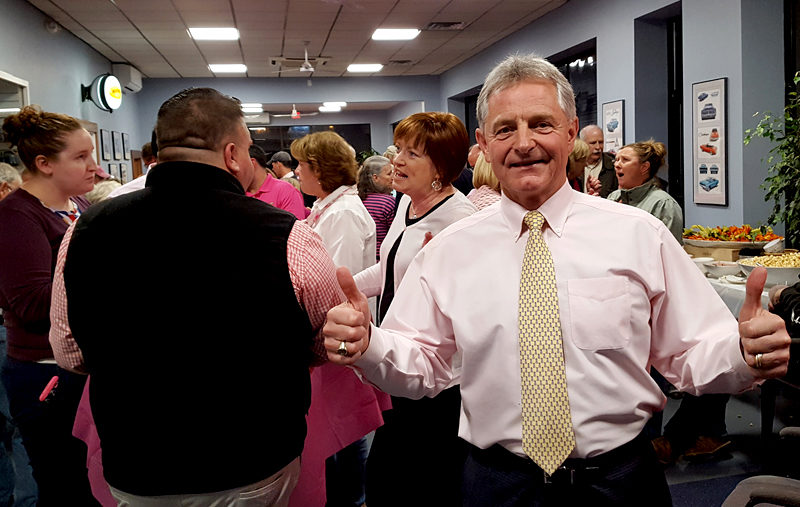 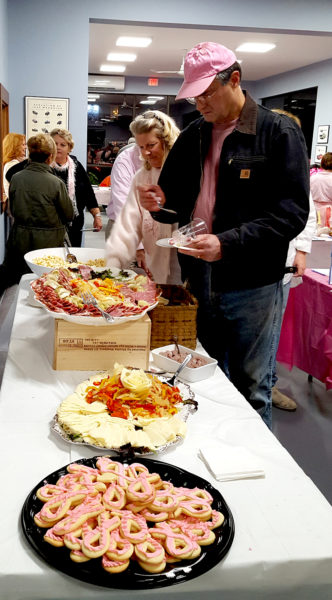 Pink was the color of the day, even for the appetizers, at the Real Men Wear Pink fundraiser held Wednesday, Oct. 12 at Newcastle Chrysler Dodge Jeep to benefit the American Cancer Society. (Greg Latimer photo)

Newcastle Chrysler Dodge Jeep hosted a benefit for the American Cancer Society on Wednesday, Oct. 12 estimated to have raised more than $10,000 through donations and a silent auction, according to Randy Miller, dealership president.

With some donations still coming in, and some of proceeds still being processed, Miller said he hopes to end the effort with a total near $12,000.

According to Miller, the event was much more than a fundraiser — it was a deeply moving personal experience for him. “Some of the most unbelievable moments of my adult life came when I listened to people sharing their stories about their experiences with cancer; it was just uplifting. I teared up five or six times,” Miller said. “It was just uplifting for people to share those stories, and it gave me a reason to work even harder.”

A pink bunny where additional donations can be deposited will be on display in the showroom at Newcastle Chrysler Dodge Jeep, located on Route 1 in Newcastle, until the end of October.