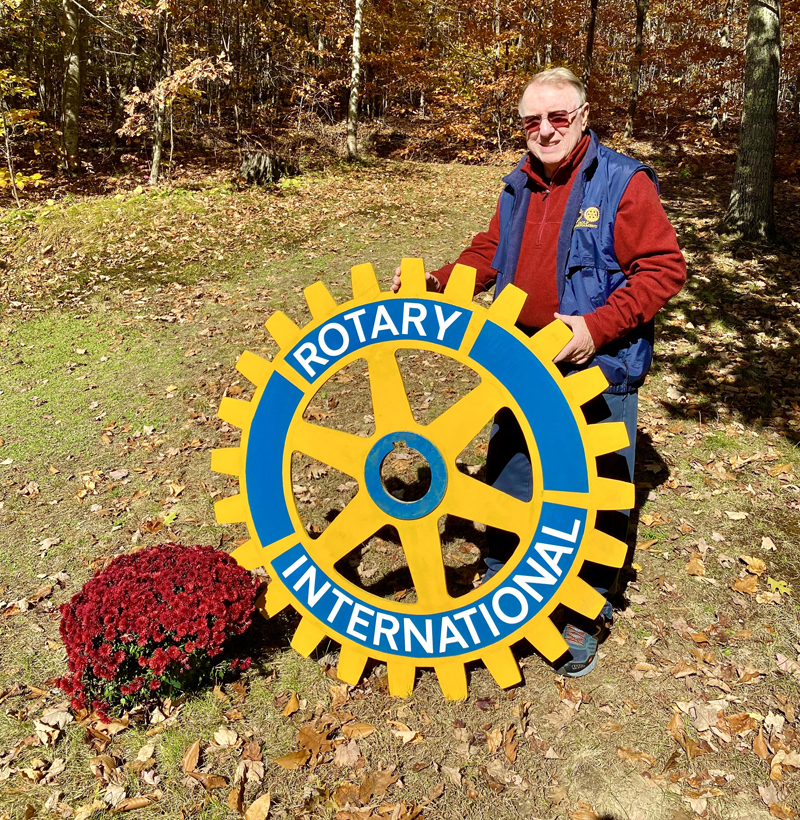 Damariscotta-Newcastle Rotarian Wilton Jones, of Newcastle, shows what could be a 98-year-old sign made for the local club by his grandfather, Wallace Wilton Chadwick. (Photo courtesy Lorraine Faherty)

The Rotary Club of Damariscotta-Newcastle was founded in 1924, receiving its charter Dec. 17, that year.

It is believed Wallace Wilton Chadwick was asked to make a Rotary sign. Chadwick is the grandfather of past club president and past district 7780 assistant governor, Wilt Jones, of Newcastle. Jones heard from his aunt that she remembered the big blue and gold wooden sign had been crafted by her father.

After several searches over the years, and repositioning of the club’s historic Rotary material, the nearly 100-year old sign was recently found in the barn of the late Rotarian Larry Townley. Locals Rotarians think this may be the original sign.

The poignant timing of this finding of the Rotary Wheel was that it was found during October, the Rotary’s Polio Awareness Month.

Chadwick, a master carpenter and the father of eight children, contracted and died of polio in October 1930. Polio eradication continues to be a primary goal of Rotary International.