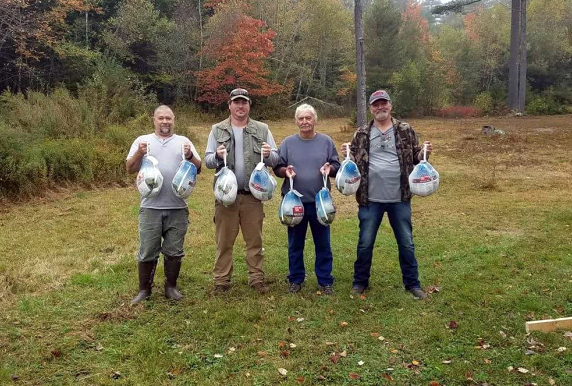 The Samoset Fish & Game Club in Bristol hosted a shotgun competition and an archery competition on Oct. 15. Due to weather conditions, the turnout of competitors was less than last year. However, there were enough in attendance for good competition rounds. Competitors brought their own shotgun; the club supplied the ammunition.

Club members, attendees, and competitors all enjoyed the camaraderie of the event and an intermission with refreshments. Additional competitors arrived for the archery competition that began at noon.

Competitors for archery won the Top Shot title by hitting one arrow closest to center at the 20-yard, 30-yard, and 40-yard targets. This was the first year the club hosted an archery competition and it went well. Competitors brought their own bows and field tipped arrows.

There was a tie in round three. There was a shoot-off between the two competitors who tied. The shot closest to center at the mid-range target (30 yards) determined the Top Shot of round 3.

Top Shots all received a turkey for a prize. Club members were present to compete and assist with the event. Their assistance is greatly appreciated.

These events are open to the public and are for youths and adults, males and females.