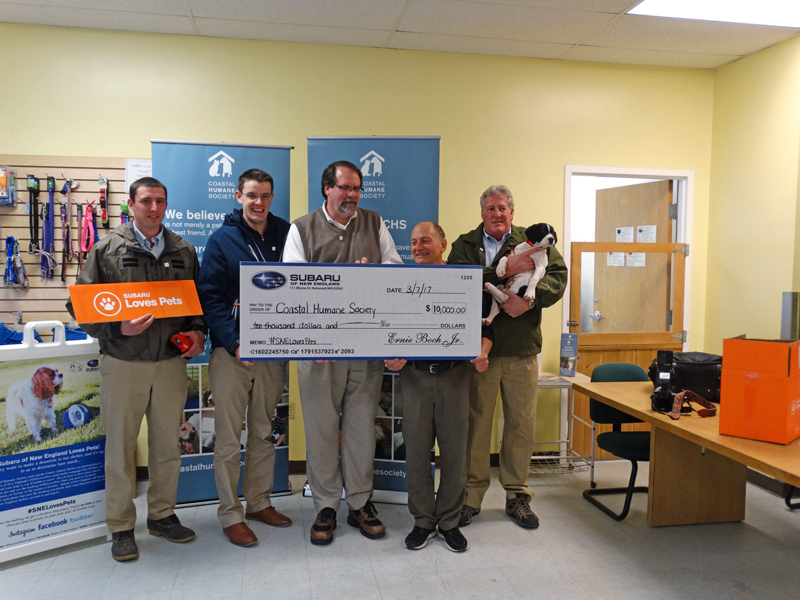 Coastal Humane Society and Lincoln County Animal Shelter announced Friday, Sept. 29 that the shelters have been selected to participate in Subaru of New England’s #SNELovesPets social media campaign to earn up to $10,000 in grant money from the New England company.

Beginning Oct. 2, through the end of October, Subaru New England will donate to the shelter for every pet photo shared with the hashtag #SNELovesPets on Facebook, Instagram, and Twitter.

Each post that uses the hashtag will earn a $5 donation from Subaru that will be split evenly between the six New England shelters that were invited to participate, one from each New England state. Subaru will donate up to $60,000 total, contributing $10,000 to each organization.

This is the shelter’s second year participating. Last year, 14,779 images were shared throughout the month of October across the region, earning Coastal Humane Society and Lincoln County Animal Shelter a $10,000 donation.

“We had so much fun with this last year with this challenge,” said Jane Siviski, marketing manager for Coastal Humane Society and Lincoln County Animal Shelter. “Our followers shared thousands of adorable photos of their pets, many of whom were adopted from our shelters. We hope to have even more participation this year.

“It’s a wonderful concept. Most people don’t need to be asked twice to share more photos of their pets on social media – in the SNE Loves Pets campaign, there’s even more of an excuse to share, as it directly benefits the animals in our care,” Siviski said. “We’re honored to have been selected by Subaru New England to join them again this year, they’re a wonderful company full of true animal lovers.”

The #SNELovesPets campaign continues through Oct. 31, and anyone with a Facebook, Instagram, or Twitter account can participate. For posts to count toward the campaign, the posted photo or video must include a pet (who doesn’t have to be one’s own) and “#SNELovesPets” in the caption, with no spaces and the hashtag at the front.