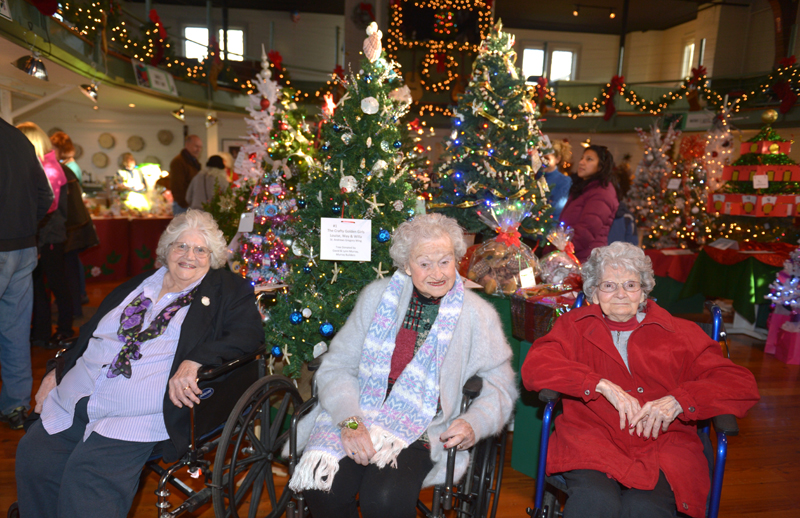 The St. Andrews Village “Golden Girls” sit in front of the tree they decorated for the Boothbay Region Garden Club’s Festival of Trees at the Boothbay Harbor Opera House. (Paula Roberts photo)

For two months, the St. Andrews Village “Golden Girls” have worked diligently to make Christmas decorations for a special cause.

The trio decorated a tree, donated by Lynn and David Murray, of Murray Builders in Wiscasset, for the Boothbay Region Garden Club’s annual Festival of Trees fundraiser. The event was held at The Opera House at Boothbay Harbor from Nov. 30 through Dec. 2.

The three ladies, Willa Vinal, Martha “Way” Stetson, and Louise Greene, have been nicknamed the Golden Girls by staff at St. Andrews Village for their spirit and wit. 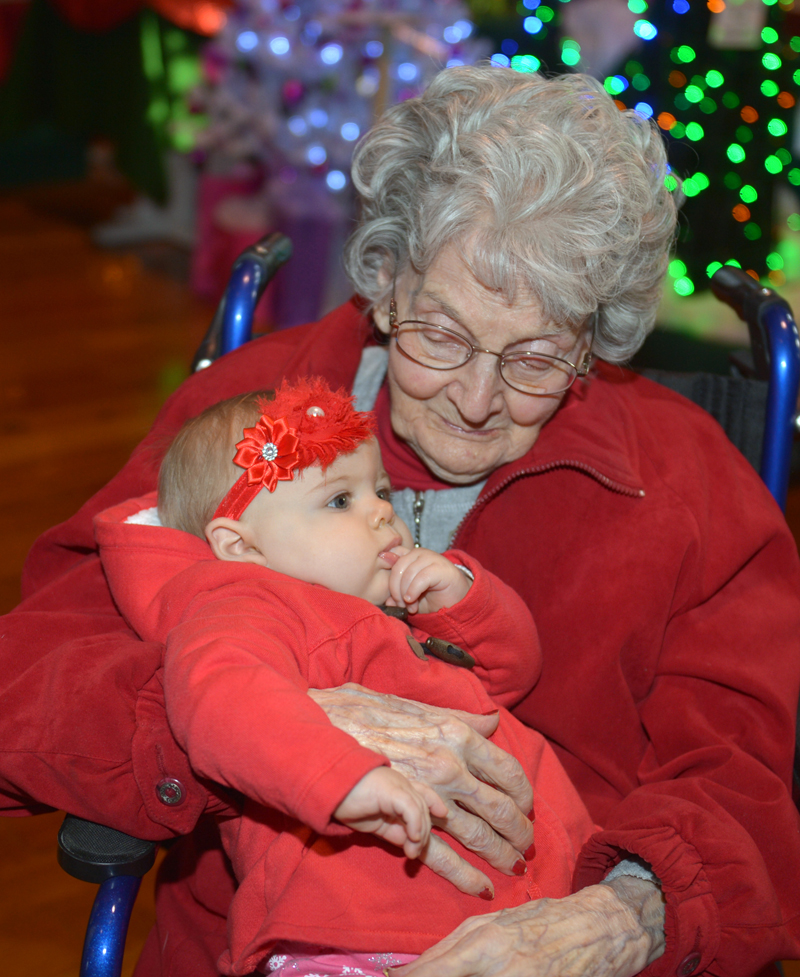 Lynn Murray, special assistant to Stetson, is called Blanche by the Golden Girls. “They keep us on the edge of our pants, laughing the whole time. They have a wonderful sense of humor,” Lynn Murray said.

The girls decorated their tree with a seascape theme, using painted and glitter-covered starfish, sand dollars, scallop shells, and blue ornaments. This is the first year St. Andrews Village has sponsored a tree.

This is Vinal’s first year in the Gregory Wing at St. Andrews, and she has loved “every minute of it,” she said. She eats lunch every day with her newfound friends, Stetson and Greene. The three have become close friends. “I don’t know what I would do without them and their families,” Vinal said.

They have made lots of decorations for the Christmas holidays, including painting wine bottles and putting festive lights inside them. They have made jellyfish and painted them along with their starfish.

After getting to know each other, they found they had a lot in common. Stetson and Vinal graduated from Lincoln Academy four years apart: Stetson in 1945 and Vinal in 1949. Stetson’s sister, Beryl Hunt, was one of Vinal’s best friends. They attended the University of Maine Extension and the same Damariscotta church, and were involved in Grange together.

Vinal was a correspondent for The Lincoln County News for more than a dozen years. She raised eight children in Nobleboro. Stetson grew up in Jefferson before moving to Boothbay.

Now, during their golden years, they have come full circle, and like the characters of the hit sitcom, they are living life to their fullest.