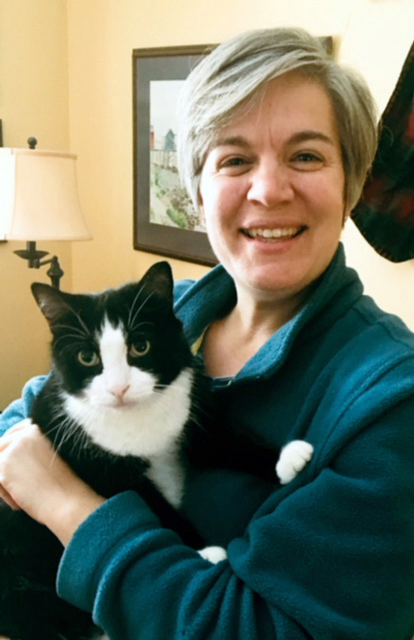 The Coastal Humane Society and Lincoln County Animal Shelter Board of Directors has named Trendy Stanchfield as its new executive director. Stanchfield takes the position after former director Joe Montisano left the organization in August to be director of the Great Lakes Aquarium in Duluth, Minn.

Since Montisano’s departure, Board Vice President Dorothy Wentworth has volunteered as interim director and assisted with the executive search for a permanent executive director.

“We are delighted to welcome Trendy, and we know that she is just the right person to lead Coastal Humane and Lincoln County as we grow and provide even better services to the animals in our communities,” said Wentworth.

“I have worked closely with Trendy on special events through Goodwill, so I can attest to her collaborative leadership style, her impressive energy and enthusiasm,” Wentworth said.

Stanchfield recently served Goodwill Northern New England as the senior director of mission investment and communication, where she oversaw donor cultivation and stewardship, managed a three-state volunteer program, developed a major gifts program, directed special events, and created the Goodwill Veterans’ Fund. Prior to moving to Maine, she held regional director positions with the Muscular Dystrophy Association in Grand Rapids, Mich. and Minneapolis, Minn., where she managed fundraising offices in a multistate area, developing community programs and serving as media liaison in a vast market area.

Stanchfield is a graduate of the University of North Dakota, and lives in Brunswick with her husband, Phil, and two young sons.

In early December, she adopted Ermie, a 9-year-old tuxedo cat, at the shelter’s Range Road facility.

“I’m excited to join the Coastal Humane Society and Lincoln County Animal Shelter as executive director. This organization has a great reputation, does important work in a part of the state that I love, and recently introduced my family to a spunky 9-year old tuxedo cat named Ermie, whom we adopted,” said Stanchfield.

“I look forward to helping lead Coastal Humane Society and Lincoln County Animal Shelter into the future,” Stanchfield said. “The board of directors, staff, and volunteers have created strong programming that we can all be proud of.”

Stanchfield begins her new job Monday, Jan. 2, at which point she can be contacted at tstanchfield@coastalhumanesociety.org or at 449-1366.