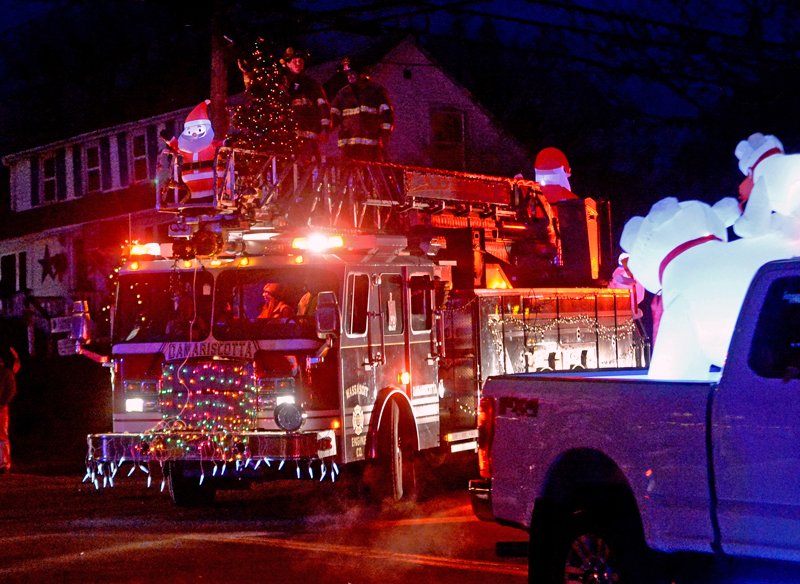 On Saturday, Nov. 24, the inaugural Villages of Light celebration will light up the Twin Villages of Damariscotta and Newcastle just in time for the holidays.

The Villages of Light Committee is seeking participants for the Parade of Lights, which will begin at 4:30 p.m.

The audience will once again vote for their favorite fire truck, best business float, best nonprofit entry, best spirit, and, of course, the people’s choice award.

In 2017, the Damariscotta Fire Department’s ladder truck was voted the best fire truck in the parade and selected as the people’s choice. Santa Claus’ horse-drawn carriage took second place for people’s choice, while Bangz placed third.

This year’s parade will be bigger and better and is now open to the community, as long as it includes a holiday-themed entry that is nonpolitical, and not controversial or vulgar.

Line-up will take place at Lincoln County Publishing Co. at 116 Mills Road in Newcastle at 3:30 p.m.

To sign up for the parade, email villagesoflight@gmail.com or call Maia Zewert or John Roberts at 563-3171.

More information and a full schedule of events can be found on the Villages of Light Facebook page.