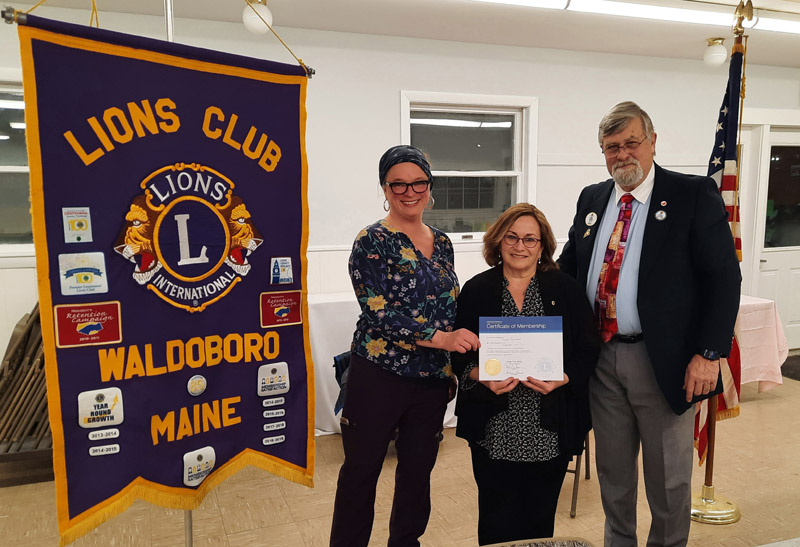 In addition to his comments, Woolston presented to each Waldoboro Lion member a new district pin.

The Lion membership accepted unanimously both a secretary and a treasurer report, voted to donate $500 to help Ukrainian refugees, discussed the upcoming honors banquet, touched upon the Lions’ Scholarship Program, and discussed the coming officer nominating process.

Before adjourning, Woolston installed Audrey Ennamorati as a new member of the Waldoboro Lions Club. Ennamorati was welcomed enthusiastically by the Lion membership.

The Lions left the meeting with a sense of accomplishment to meet again in April at its location on Mill Street in Waldoboro.