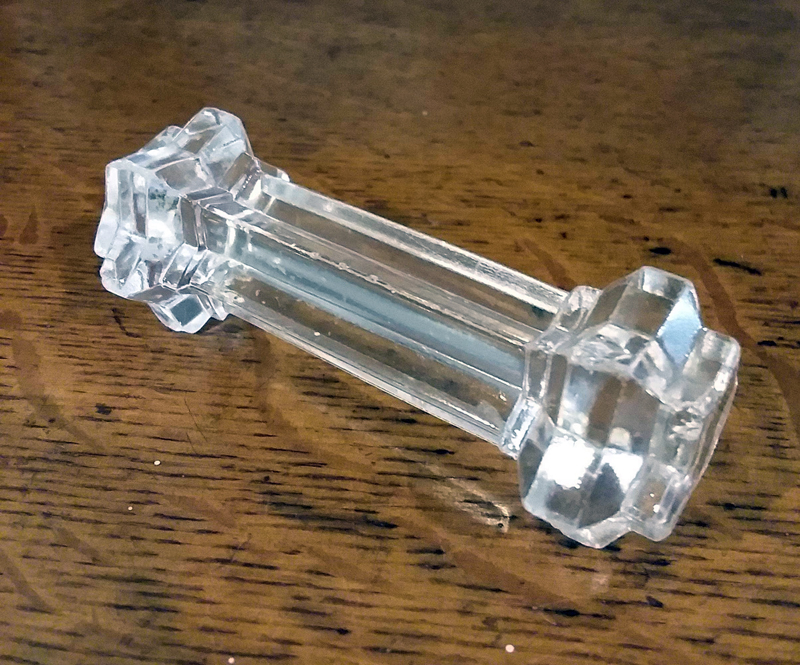 This week’s “What is it” historical object from the Waldoborough Historical Society. (Photo courtesy Bill Maxwell)

Last week’s Waldoborough Historical Society’s “What is it?” photo was not successfully identified. Some guesses suggested the items were belt buckles, but they were in fact coffin plates.  Most coffin plates from the 1800s in the past were buried with the deceased, but sometimes, families took them off and kept them.  A number of them are displayed in the historical society’s museum.

This week’s photo might be easier to identify.  Guesses should be brought into the museum this week and a winner will be drawn from the submissions. The prize for the winner includes Book I of Stahl’s “Old Broad Bay and Waldoboro” and a T-shirt.  The drawing will take place on Aug. 2 at 3 p.m. The museum is open every day but Tuesday from 12 – 3 p.m.  Admission is free.

On Aug. 9 at 1 p.m. the “Tribute to the Weston Family” will be held outdoors with ice cream and cake, and will include a family history by Tim Weston and a fantastic exhibit of memorabilia.

“The Boggs School House,” the last of a three-part series on the museum, has been released on the society’s Facebook page as well as LCTV.