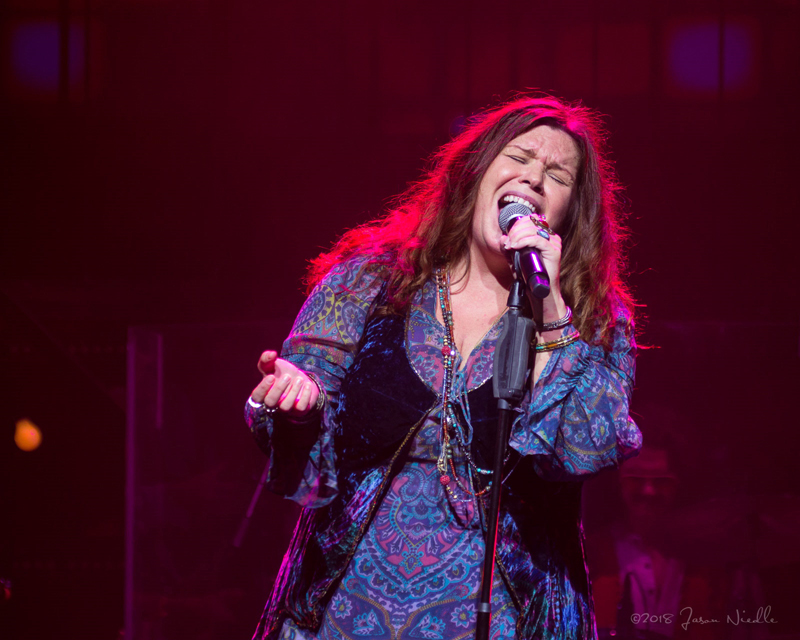 For one night only, “A Night with Janis Joplin” hits the screen at Damariscotta’s Lincoln Theater on Sunday, Nov. 10 at 7 p.m. Captured live last October from the touring production at La Mirada Theatre for the Performing Arts in Los Angeles, the BroadwayHD, multicamera production stars Tony Award nominee Mary Bridget Davies as the legendary ’60s rock and blues singer who exploded onto the music scene in 1967, charting five singles before her untimely death at the age of 27.

Janis Joplin’s unmistakable voice, filled with raw emotion and tinged with Southern Comfort, made her a must-see headliner from Monterey to Woodstock.

“A Night with Janis Joplin” played a Broadway run during the 2013–2014 season, garnering Davies a Tony nomination for Best Actress in a Musical. The show, which charts the singer’s rise to fame, later hit the road and is currently on its third national tour.

Davies received unanimous praise from New York critics for her uncanny embodiment of the Queen of Rock, performing such classics as “Me and Bobby McGee,” “Piece of My Heart,” “Mercedes Benz,” “Cry Baby,” and “Summertime” in the production that she continues to tour in to acclaim across the United States.

Commissioned by the Joplin estate and conceived, written, and directed by Randy Johnson, the musical also tracks several of Joplin’s musical influences, including Bessie Smith, Aretha Franklin, Nina Simone, Etta James, and more. The production has choreography by Patricia Wilcox, with musical direction by Brent Crayon.

So “come on, come on, come on, come on” and catch this incredible performance on the big screen. Tickets are $15, adults; $13, Lincoln Theater members; and $5 for youth age 18 and under. More information is available at lcct.org or by calling the theater office at 563-3424 during office hours, Tuesday through Thursday from 10 a.m. to 1 p.m.

“Janis is a true icon and her influence on music can still be felt today,” said Bonnie Comley co-founder of BroadwayHD. “We are absolutely thrilled to bring this production to life and share it with her legions of fans and those new audiences that will discover her for the first time.”